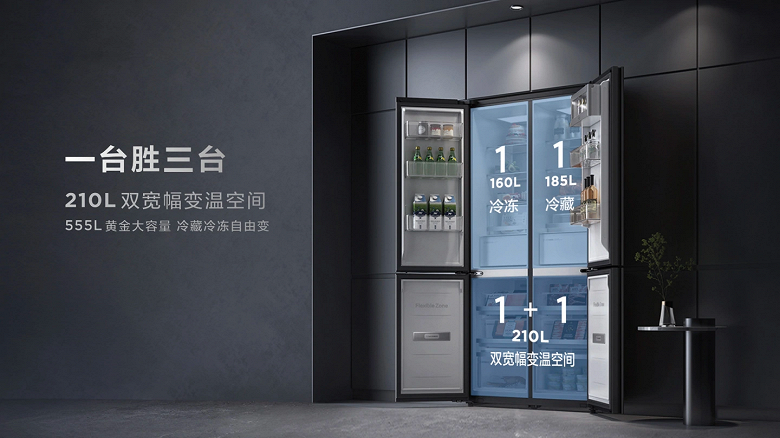 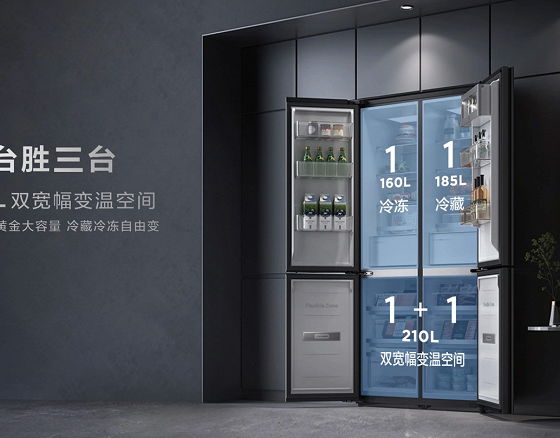 TCL, which we know in particular from TVs and smartphones, has introduced the TCL Grid Refrigerator Q10 refrigerator.

TCL Grid Refrigerator Q10 is, according to the manufacturer, the largest refrigerator in its class. It is equipped with three evaporators, has three independent refrigeration systems, and the total volume is 555 liters.

According to official figures, this technology can double the shelf life. Spinach does not wilt within 7 days, and the rate of weight loss is 8% lower; in 7 days, the growth of microorganisms in beef is 50% lower than in conventional refrigerators; after 15 days, the strawberries had not spoiled and were bright red; after 10 days, the content of anthocyanins in blueberries increased by 4%, which is 20% higher than in conventional refrigerators; in 3 days, the loss of salmon juice was less than 1%. 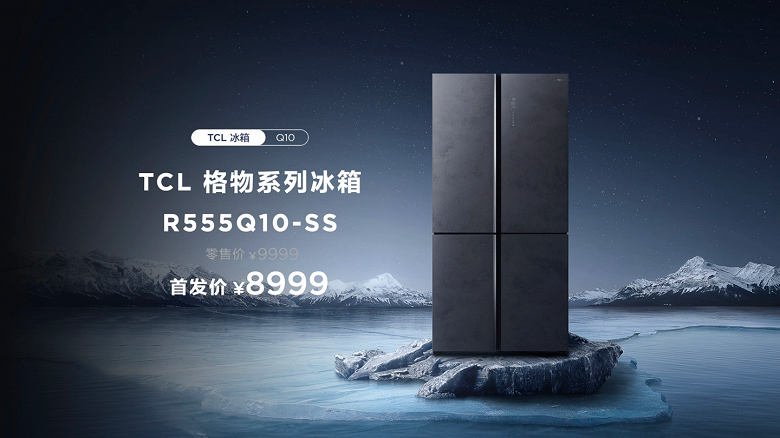 The refrigerator has a suggested retail price of $1,260, but early buyers will get it for $1,120. It also offers 5 years free maintenance and 10 years free compressor maintenance.

The refrigerator has four doors, on the top right there is a touch screen that recognizes a person when he comes close and lights up. It supports recessed installation (depth is 58 cm). 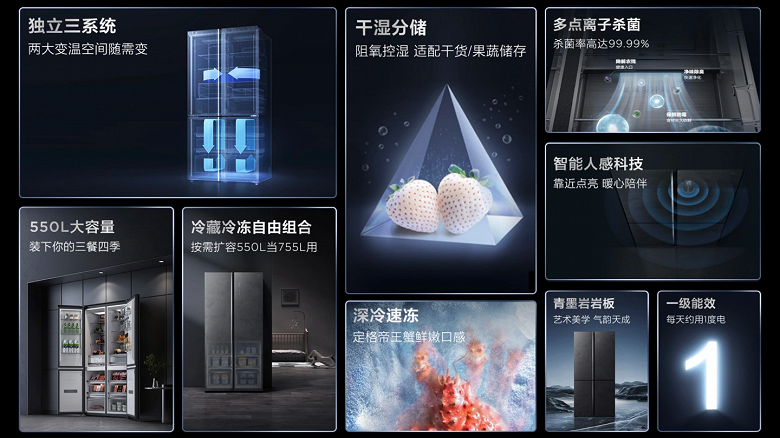 The chamber capacities are shown in the image. The temperature range is -18°C to 5°C. There is a mode of deep and fast freezing up to -32°C. It is noteworthy that there is no clear separation between the freezer and refrigerator compartments. You can choose not only the two lower chambers as a freezer, but also the upper one. With a total volume of 555 l, the capacity of the freezer compartment can be, for example, 370 l. Or, on the contrary, you can set up a large refrigerator compartment with a volume of 395, leaving 160 liters for the freezer. 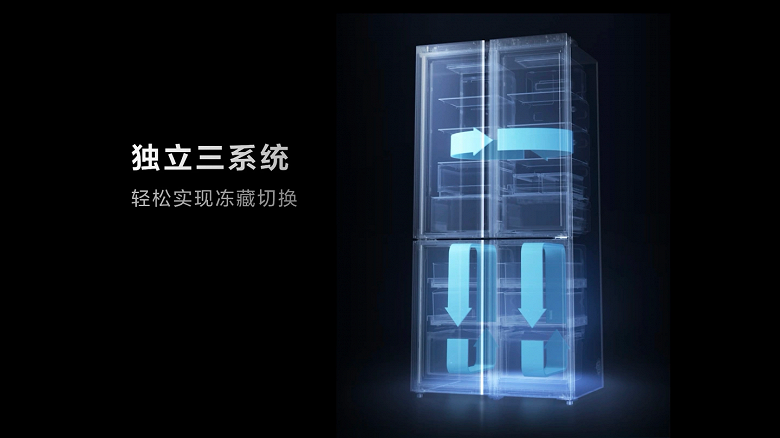 Xiaomi recently started selling a new four-door refrigerator called Xiaomi Mijia 430L. It is smaller in volume, though it costs only $315.