Xiaomi has released an air conditioner for a comfortable sleep. Mijia Air Conditioner Sleep Version is very quiet and can receive sleep data from Mi Band

The range of Xiaomi has been replenished with an unusual air conditioner Mijia Air Conditioner Sleep Version. As the name implies, its distinguishing feature is the quietness of its work.

More precisely, the noise level is declared equal to only 18 dBA, but, apparently, this is in a special sleep mode. In an ordinary device, it seems to be more productive and noisier. In addition, in sleep mode, the backlight is turned off, the direct airflow prevention function is activated, and the temperature will vary according to the time: at 4:00 the air conditioner will begin to raise the temperature slightly. And the air conditioner can also interface with Mi Band bracelets, receiving direct sleep data, and activate the sleep mode on its own. All this should contribute to a comfortable use during sleep.

Also, the device stands out for its low power consumption, self-cleaning technology with heating up to 58 degrees, a step of changing the temperature of half a degree and technology for controlling humidity. In terms of performance, the device is sufficient for a room of about 10-15 m2. The novelty costs 320 dollars.

Oppo Watch 3 smartwatches are getting more and more attractive. They will receive an always-on screen function, fast charging and a blood flow monitoring system. 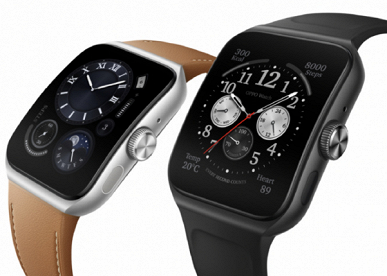 New details about the smart watch Oppo Watch 3, which is expected to premiere on August 10, have appeared on the Web. The novelty, according to new data, will receive the Always-on Display function and support for Watch VOOC 3.0 fast charging technology. In addition, there will be a blood flow monitoring system, although it is not yet entirely clear what it is and how it works. 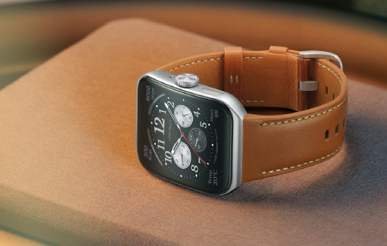 The Oppo Watch 3 will also feature a 1.91-inch rectangular AMOLED screen, the latest Snapdragon W5 Gen 1 SoC enhanced with an Apollo4 Plus chip, as well as eSIM and NFC. A notable feature of the Oppo Watch 3 will be support for ECG recording. Also, the watch is attributed water protection (5ATM) and autonomy from 5 to 15 days, depending on usage scenarios. 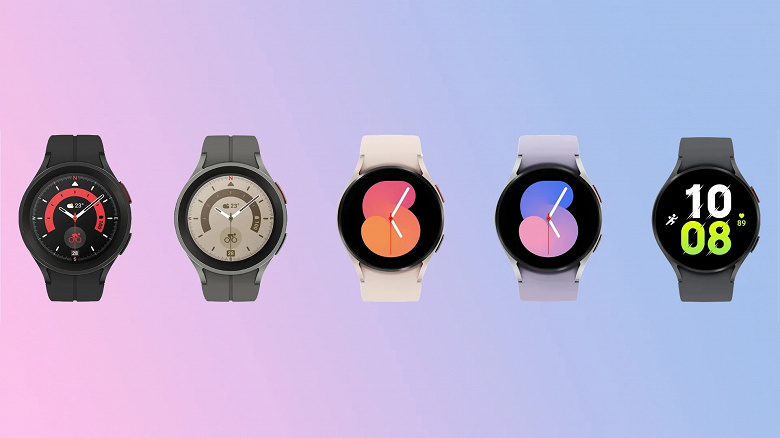 In just a few days, Samsung will introduce the Watch 5 Pro smartwatch, and today more information about this device appeared on the Web.

The source says the watch will only be available in one size, 45mm. The screen diameter will be 1.36 inches, while it will be an AMOLED panel with a resolution of 450 x 450 pixels.

The watch will receive a titanium case and sapphire crystal. A battery with a capacity of 590 mAh should provide good autonomy up to 80 hours of operation, that is, more than three days.

It will be based on the Exynos W920 SoC, which is also used in the current generation of Samsung watches. Flash memory will be up to 16 GB, there will also be support for eSIM. The thickness of the case will be 10.5 mm, the watch will weigh 46.5 g, and this is twice as much as the regular Watch 5. The Watch 5 Pro will be asking for $470. 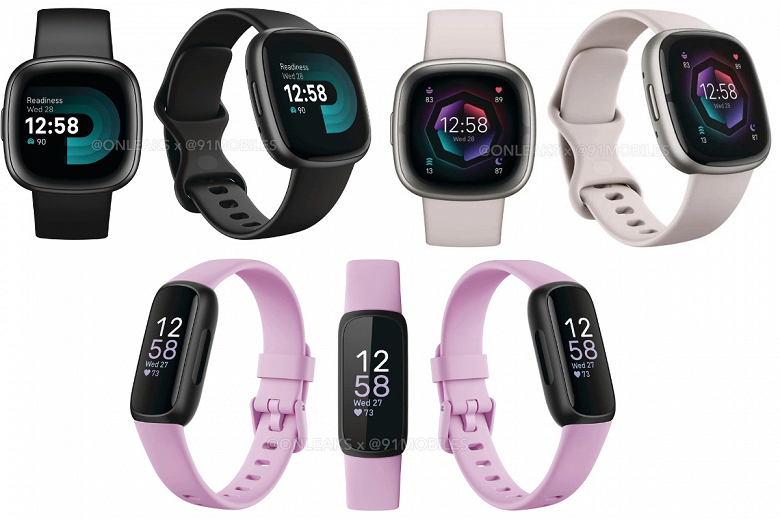 The American company Fitbit, now owned by Google, is preparing to release a new line of wearable devices. The network has high-quality images of three models at once – Fitbit Sense 2, Inspire 3 and Versa 4.

The Fitbit Sense 2 and Fitbit Versa 4 have a similar design, and the Fitbit Inspire 3 will be the most affordable of the three wearables. Fitbit Sense 2 is shown in three color options. Its price may be higher than the original Fitbit Sense. 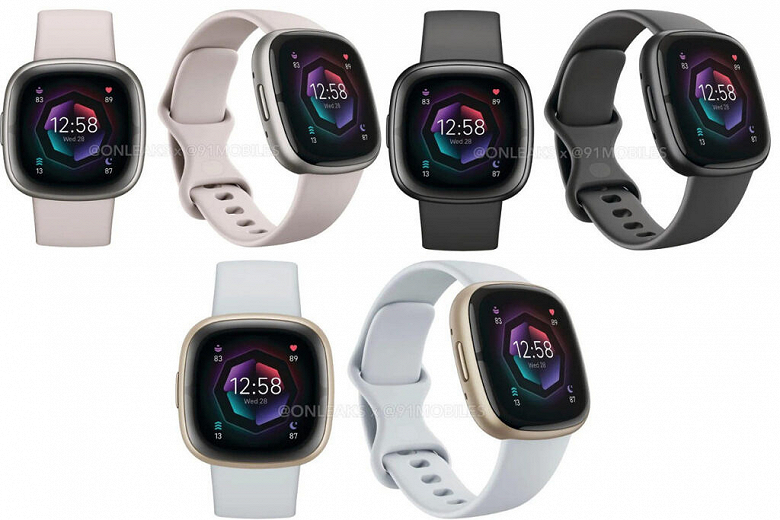 Steve Hemmerstoffer has a long track record of creating accurate renderings of various gadgets long before they are announced. Almost all such works by OnLeaks are then confirmed, so there is no reason to doubt the design and characteristics of the novelty. Among its leaks, we can mention Xiaomi 12 and Xiaomi 12 Pro, Samsung Galaxy S21, Sony Xperia XZ4, Google Pixel 4 XL, Huawei Mate 40 Pro, Sony Xperia 10 III and many others. 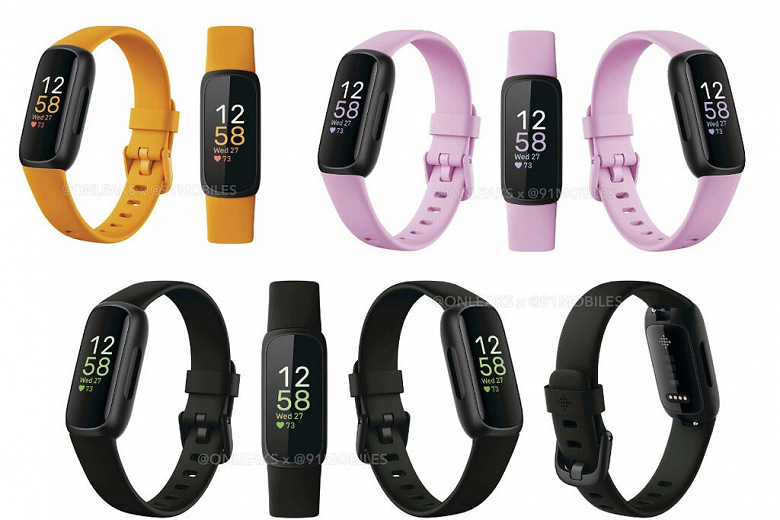