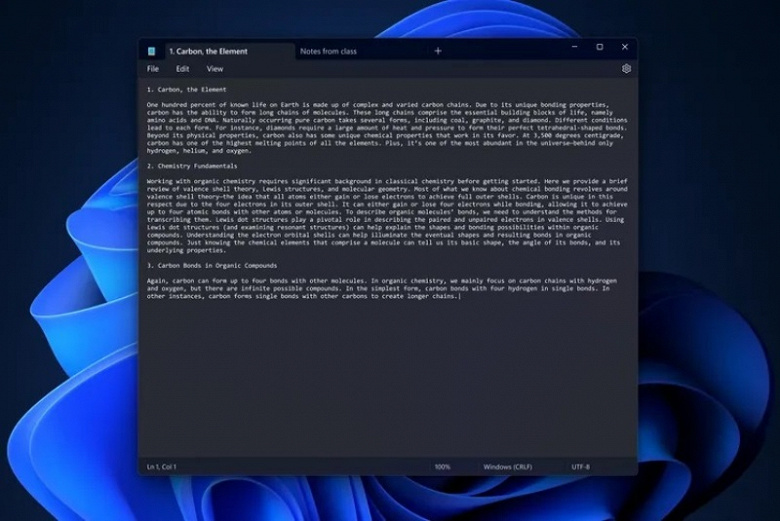 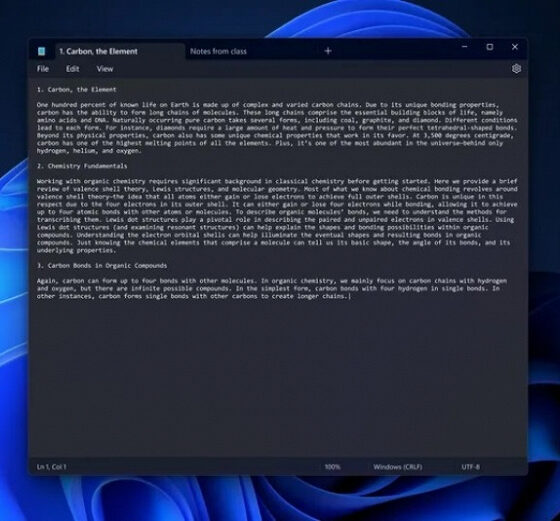 Windows 11 is testing tabs in Notepad

Microsoft has begun large-scale testing of the new Notepad app in Windows 11. It is being conducted as part of the Windows Insider program on the Dev channel. This version of the app is tabbed, just like File Explorer.

This approach copies the situation with browsers, and also allows you to open, create, edit and organize text files within a single window. It is noteworthy that such an opportunity has long been available, for example, in Notepad ++.

This version also received new keyboard shortcuts for managing tabs. Among other innovations, we note the appearance of a function to automatically create a file name and tab title based on the contents of a file. Also, the update received an indicator of unsaved changes.

It is noted that in Notepad you can now specify whether to open files in new windows or new tabs. Thus, the text editor has become closer to browsers.

About 5 years ago, Microsoft tested the tabbed interface in some standard Windows 10 applications, but it was abandoned. Ideas like this have been proposed before.