Will they come out anyway? It became known when Intel Arc graphics cards for desktop PCs can appear on the market

German journalist and insider Igor Vallosek from Igor’sLAB published new data on Intel Arc graphics cards for desktop PCs. According to him, the company changed the launch schedule so that the cards will appear between August 5 and September 29. At the same time, the launch of each model will go without too much hype.

The specialist clarified that the new time frame will allow the company to start selling three card models one at a time. At the same time, a large-scale advertising campaign in the media is not planned, cards, presumably, will be sent only to some selected resources. By the way, earlier he explained why the cards may be delayed.

According to the source, this approach will avoid too much negative feedback and get feedback from reviewers in advance. Reviews on them will probably become available only with the start of retail sales.

So far, it is not clear if the current launch schedule refers to the global market, or rather to individual countries. Considering that the A380 was launched only in China, it is likely that this will also be the case.

Earlier, the head of the graphics division of the company, Raja Koduri, confirmed that Intel will improve the situation with the Alchemist series this quarter. So one can hope that the powerful game cards of the “blue team” will still come out. Although earlier there were rumors about the cancellation. 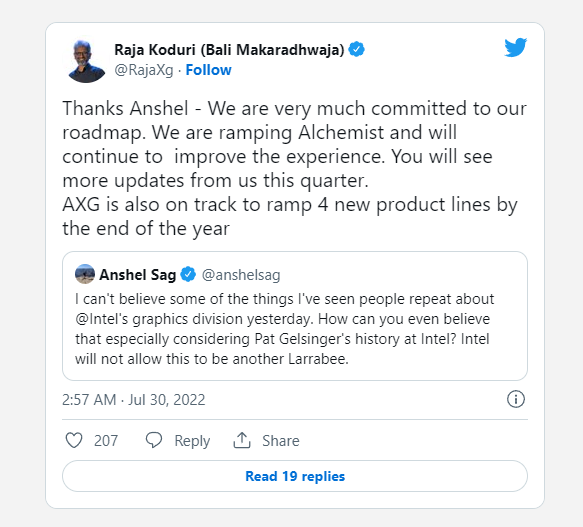 Note that earlier Vallosec leaked a schematic image of the circuit board of the flagship Nvidia GeForce RTX 4090 graphics card to the network.