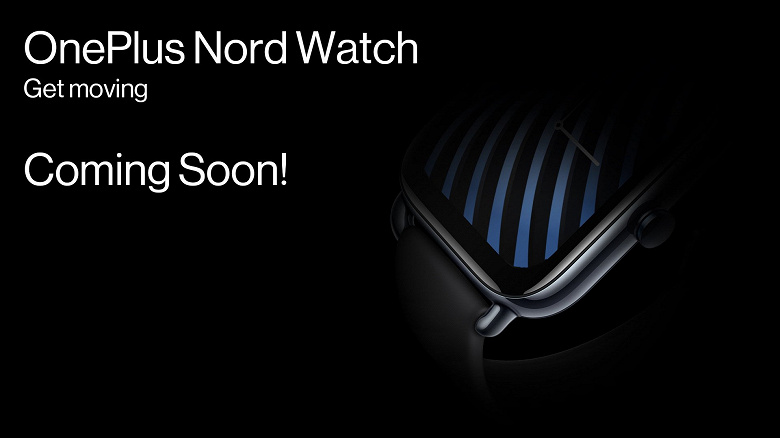 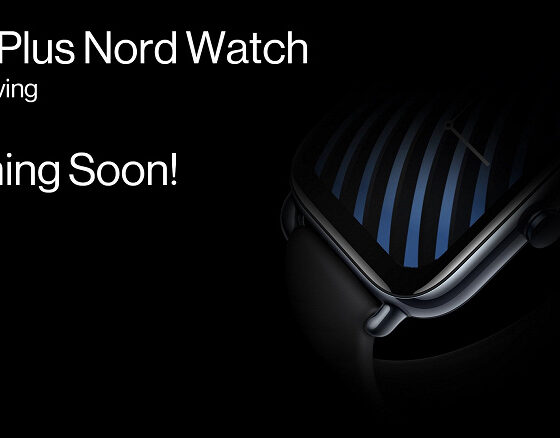 Will there be another cheap smart watch? OnePlus Nord Watch specs revealed

OnePlus is preparing to introduce its first smartwatch under the Nord brand. The Nord Watch model will be unveiled soon, according to the promotional poster, but for now we have some details.

The watch will receive a rectangular 60-Hz AMOLED screen with a resolution of 448 x 368 pixels. The watch itself will be 45mm. It also reports 10-day autonomy and 105 workout modes.

At the same time, we can recall that earlier there were rumors about five versions of the Nord Watch at once, with different designs and shapes, but so far there is no confirmation of this. Nord smartphones are always cheaper than the main line OnePlus devices, but it is not yet possible to say that the same will be true for watches. OnePlus Watch was introduced for $120. 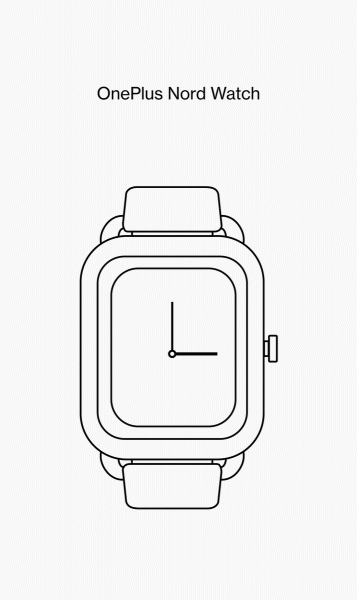 The source is the well-known insider Mukul Sharma, who, for example, was the first to talk about Xiaomi Mi Note 10 with a 108-megapixel camera. 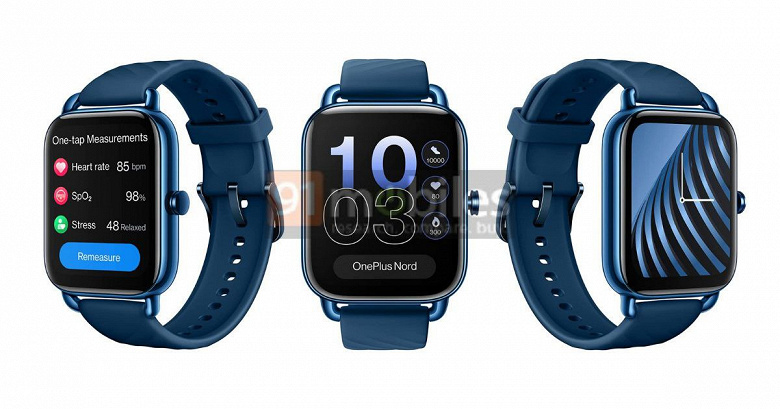 OnePlus is rumored to be launching the low-cost OnePlus Nord Watch smartwatch as early as next week. Like it or not, we will soon find out, but the source turned out to have quite high-quality renders of the device, as well as details about the technical characteristics. 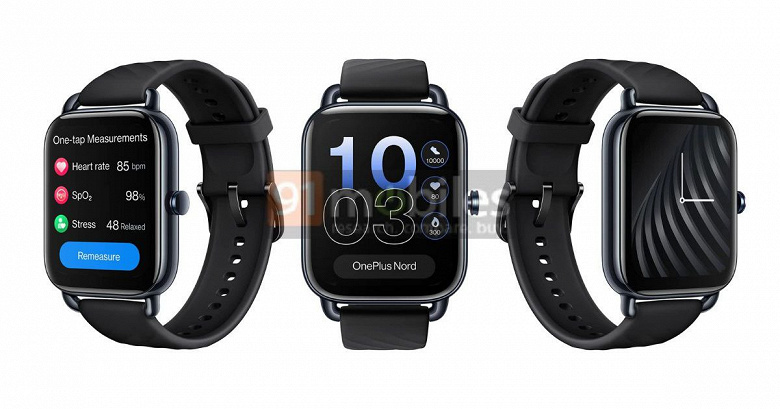 Judging by these pictures, OnePlus is not going to copy the Apple Watch, however, the design does not show much novelty either. The device will receive a fairly large AMOLED display with a diagonal of 1.78 inches and a frame rate of 60 Hz. 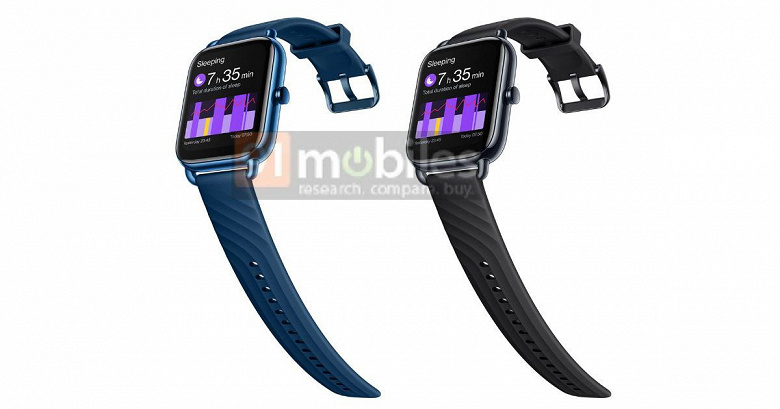 The OnePlus Nord Watch interface demonstrates the presence of SpO2 and heart rate sensors, as well as a stress monitoring system. Surely they will be able to track the quality of sleep. It is also reported that there are 105 training modes, support for Bluetooth 5.2 wireless communication. Autonomy will be 10 days – in active mode, and in standby mode – up to 30 days. The cost has not yet been named, but everything shows that these watches will not be expensive.

Apple’s most advanced smartwatch and earbuds go on sale 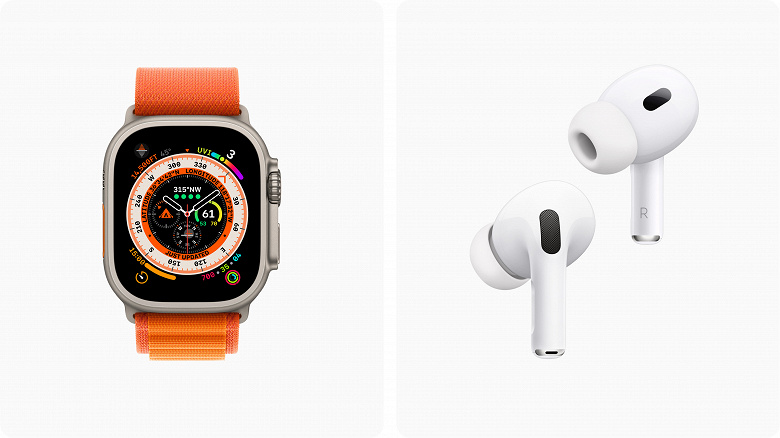 Today, the rugged and powerful Apple Watch Ultra and the Cupertino company’s most advanced earbuds to date, the AirPods Pro 2, are on sale worldwide. At the same time, Apple released an update to the watchOS 9.0.1 operating system, details of which were not disclosed.

The 49mm case of the Apple Watch Ultra is made of titanium, the watch received a flat sapphire crystal and a special frame that protects the screen from damage during impacts. Display brightness up to 2000 cd/m2, the watch supports body temperature measurement, SpO2, ECG function, meets the requirements of the US military standard MIL-STD 810. In addition, the Apple Watch Ultra has an additional programmable Action Button and an additional speaker, and the Digital Crown has been enlarged. The new speaker, in particular, is used to activate the siren, which can be heard at a distance of up to 190 m.

Apple said that in normal mode, the Apple Watch Ultra can last up to 36 hours on a single charge, which is longer than any other watch. But there is also a special mode in which they will work up to 60 hours. Apple Watch Ultra supports improved GPS with more accurate positioning.

Early adopters of the AirPods Pro 2 confirm that the sound quality of the earphones has been improved, while at the same time they have extended battery life. Compared with the first generation AirPods Pro, the noise canceling effect is also improved, the headphones support direct volume adjustment by sliding up and down the foot. 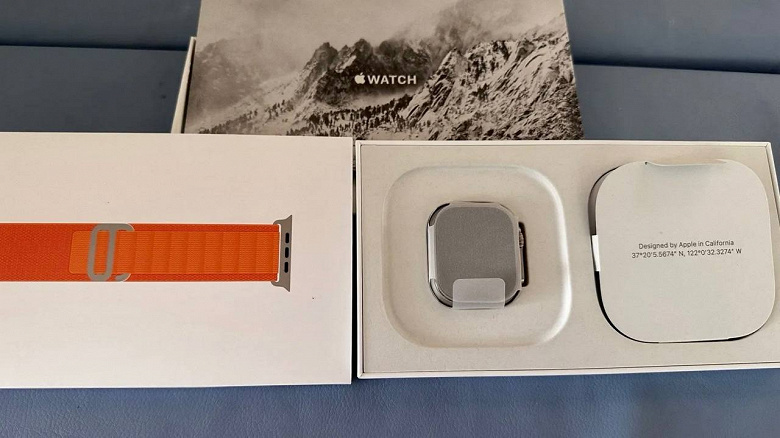 A Reddit user shared photos of the packaging and the Apple Watch Ultra smartwatch itself with an orange Alpine Loop strap, which he received from his carrier AT&T even before the start of sales. Typically, new Apple products ship to users the same day they go on sale, but this time AT&T delivered two days early.

The packaging of the Apple Watch Ultra is different from the boxes of other Apple Watches. In addition, Apple has included a user guide with images and a brief description of how to set up the new watch. Apple not only printed Designed by Apple in California on the box, but also added the coordinates for the Apple Park headquarters “37°20’05.6″N 122°00’32.3″W”. 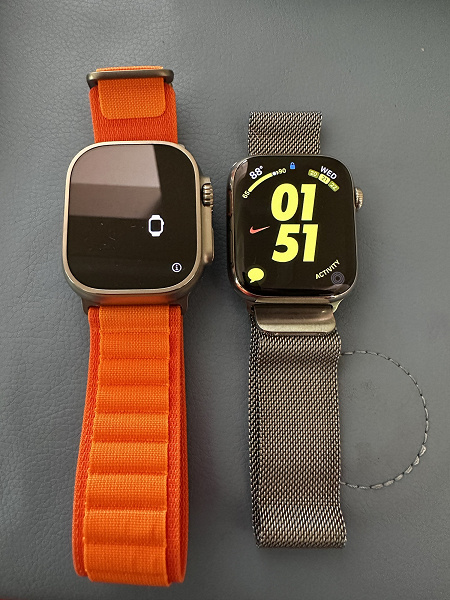 Apple said that in normal mode, the Apple Watch Ultra can last up to 36 hours on a single charge, which is longer than any other watch. But there is also a special mode in which the watch will work up to 60 hours. Apple Watch Ultra supports improved GPS with more accurate positioning. The new button in the Apple Watch Ultra is called the Action Button, with its help, you can, for example, start a specific workout. 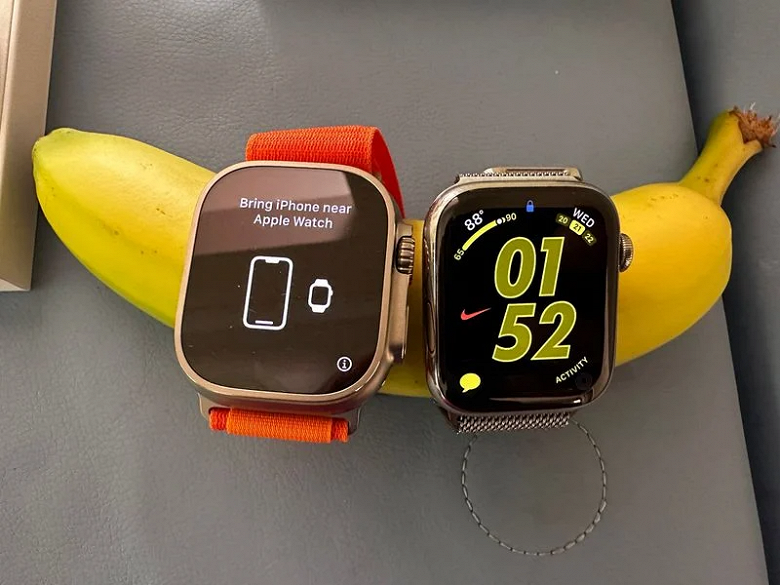 The new speaker, in particular, is used to activate the siren, which can be heard at a distance of up to 190 m. The display brightness reaches 2000 cd/m2the watch supports body temperature measurement, SpO2, ECG function, meets the requirements of the US military standard MIL-STD 810.