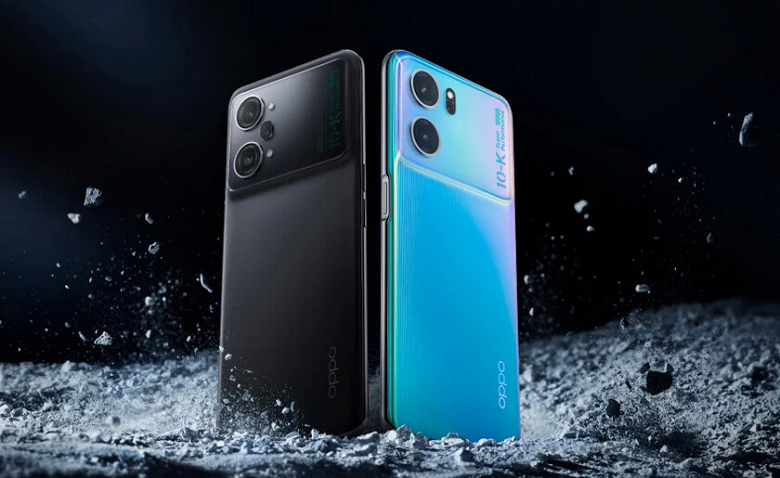 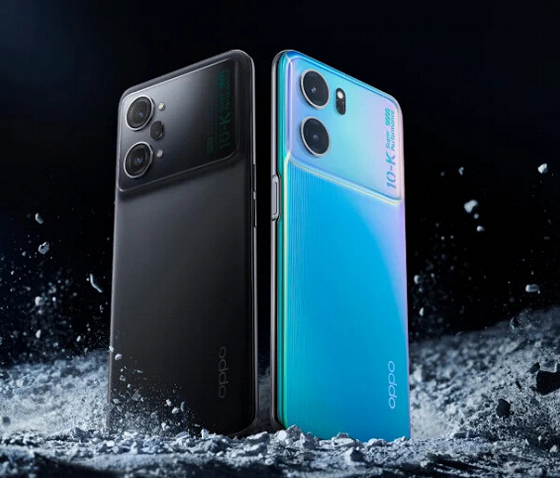 Which smartphones are the most satisfied users. The second place in the Antutu ranking was unexpectedly taken by a non-flagship at all

The team behind the popular AnTuTu benchmark has published a fresh monthly ranking of Android smartphones with the highest user satisfaction scores.

In June 2022, Samsung Galaxy Note20 Ultra (review) continues to hold the first place with 96.92% positive reviews, released almost two years ago. This smartphone has held the top spot for so long thanks to the excellent hardware that still delivers performance and smooth operation, as well as stylus support. 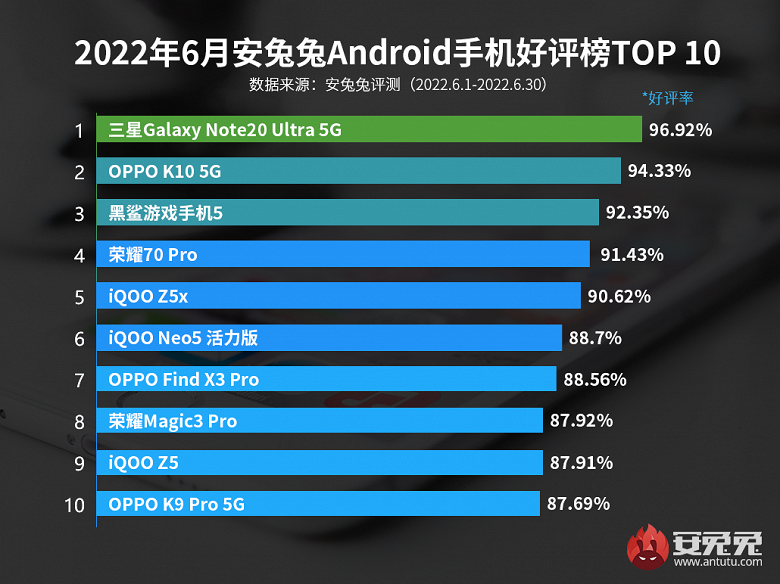 But the second place surprised the AnTuTu team. As noted in the note, a smartphone based on the MediaTek Dimensity 8000-Max – Oppo K10 5G with 94.33%, presented in April, unexpectedly burst into second place in the ranking. This is especially surprising given that the Oppo K series includes non-flagship smartphones at all.

Also in the top three is the Black Shark 5 gaming phone with 92.35% positive reviews, which is part of the Xiaomi ecosystem.