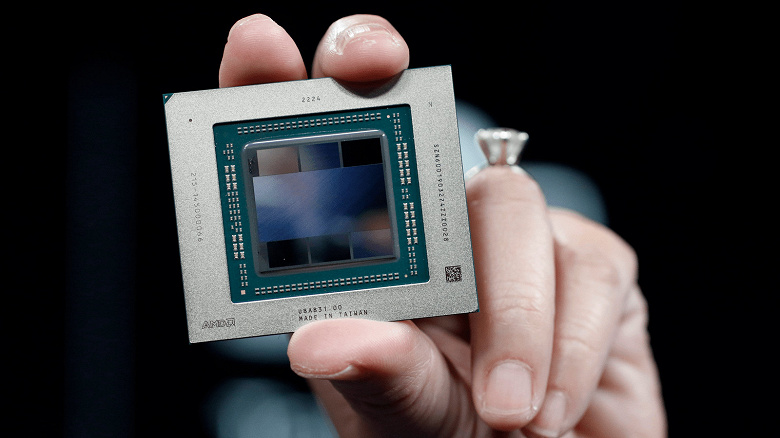 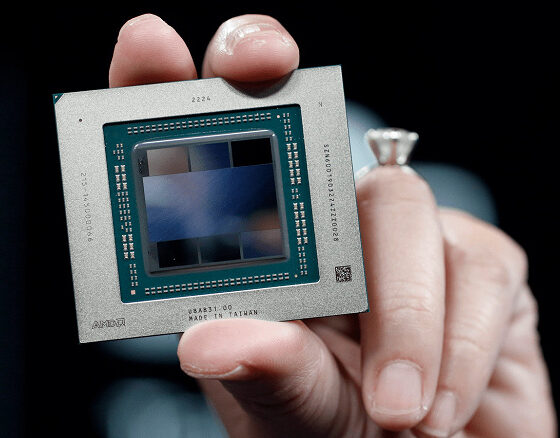 What is hidden inside the core of the Radeon RX 7900 XTX. GPU Structure Image Navi 31 Appeared

A picture with the structure of the Navi 31 GPU, which underlies the Radeon RX 7900 video cards, has appeared on the Web.

We knew some of the information on the slide from the announcement, but there is also a lot of new information. For example, about a significant increase in the amount of cache memory of different levels. In particular, the L1 cache has quadrupled to 3 MB.

It also states that the new GPU contains second-generation Ray Tracing blocks, which are 80% faster than their predecessors. 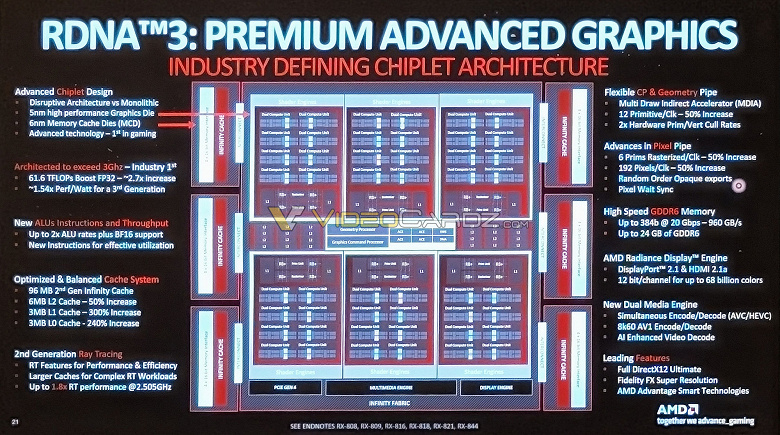 But performance information is not very clear. In the image, you can see that AMD is talking about leading the industry with a performance of 61.6 TFLOPS (FP32), but the same RTX 4090 offers almost 83 TFLOPS. At the same time, the same frequency of 3 GHz is immediately mentioned again, so, perhaps, it is with respect to it that AMD speaks of superiority. We have already heard that the Navi 31 is designed to operate up to 3 GHz, but the official frequencies are lower, and it is not yet clear how this coveted 3 GHz will be achieved in reality.

Recall that the cards will go on sale on December 13th.