Well, the moon found places that are comfortable for humans

NASA reports that places have been found on the moon that are quite comfortable for human beings. Usually the surface of the Moon warms up to 127 degrees Celsius during the day, and at night the temperature drops to minus 173 degrees Celsius. A day on the Moon lasts about 15 Earth days, a cold night also lasts about 15 Earth days. Under such conditions, the study of the Earth’s satellite is by no means a simple task. And yet, scientists were able to find shaded caves on the Moon, in which the temperature is always approximately the same and acceptable to humans.

The research team includes UCLA planetary science professor David Paige and Paul Hayne from the University of Colorado Boulder. They studied the caves to which lava tubes lead from the surface of the moon. Such formations also exist on Earth, they appear, for example, when molten lava flows under a layer of cooled lava, forming a long hollow tunnel. In the study of lunar caves, scientists used data from the artificial satellite Lunar Reconnaissance Orbiter (LRO) and computer simulations. For example, LRO cameras photographed a pit in the Marius Hills region three times, each time with very different lighting. It has a depth of about 34 meters and a width of 65 by 90 meters. And in the area of ​​​​the Sea of ​​\u200b\u200bTranquility, a cylindrical depression about 100 meters deep and as wide as a football field was noticed. 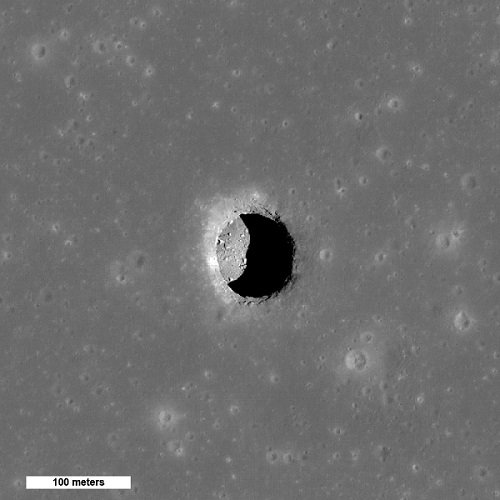 Using computer simulations, the researchers analyzed the temperature of the rocks and lunar dust, and plotted how the temperature of the pit changes over time. The results showed that the temperature in the permanently shaded parts of the depression fluctuated only slightly, remaining at about 17 degrees Celsius. Scientists believe that such caves can be used as shelters in the study of the Moon, because, in addition to comfortable temperatures, they provide protection from solar radiation and micrometeorites. “Humans evolved by living in caves, and we could return to caves when we live on the moon,” said David Page, leader of the research team.