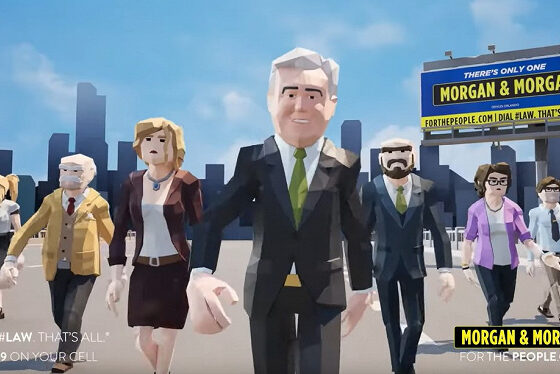 Morgan and Morgan Law Firm, based in Florida in the US, offers its services to litigate for compensation for injuries sustained in the metaverse.

While it’s hard to see how virtual injuries could be the subject of a lawsuit, real-life injuries sustained while using VR equipment could very well be.

The law firm claims that whether their client is traumatized in the metaverse or in real life, they will support him. They also claim to be the largest personal injury law firm in America.

Morgan and Morgan add that while the metaverse is fun, “the human body still exists in reality while the mind wanders through the virtual environment, and some people have been injured as a result of using the metaverse’s virtual machines.”

Most VR headsets, such as the HTC Vive and Facebook’s Oculus Quest, are designed to completely remove the user from reality with a noise-canceling and vision-limiting headset, resulting in broken bones, concussions, and injuries to users. In addition, a VR user with inhibited senses may not be able to avoid dangerous elements in their environment, which may result in damage to personal belongings or hospitalization.

The law firm claims, that these devices were designed for entertainment. Therefore, when they are used in a work environment and people get injured, it is a good cause for legal action against the companies.

The law firm continues to cite examples of trauma sustained while people are immersed in the metaverses.

In some cases, users have attempted to climb onto an elevated surface in the meta world and have fallen face down because such a surface does not actually exist, leading to expensive hospital bills for those people.

Morgan and Morgan believe that VR equipment manufacturers have not yet developed safety regulations and this can be a good basis for building a line of blame.

The problem is partly due to the ambiguous liability for VR injuries, as there are many factors that can shift responsibility to different parties. For example, if a user misuses their VR headset and gets injured, they will most likely be liable for the damage because their actions were negligent. On the other hand, the manufacturer will be liable for damages if the headset has a defect that resulted in injury, but the user will have to prove that their use did not contribute to the injury.

Lawyers promise that “the client will not pay a single bitcoin if they do not win the virtual case.”