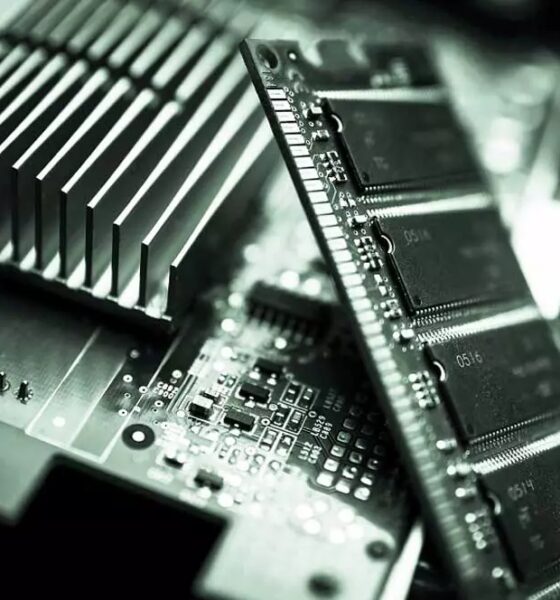 UltraRAM, the universal memory that could end RAM and hard drives

Could UltraRAM be the universal memory we’ve all been waiting for for years? Let’s get rid of doubts by learning about the advances discovered by researchers that will pave the way for a possible mass production of UltraRAM, a new and very promising memory technology.

Both the processor and the RAM are two fundamental elements when an electronic device works correctly. The good balance between the two guarantees that the performance of the device in question is optimal. If you have a computer with Windows 10 operating system, knowing how to use all the RAM and processor cores will make it possible for you make the most of your computer’s features. Now scientists from Lancaster University in the UK have conducted a report in which they explain the operation of a promising memory technology called UltraRAM that heralds a revolution in this area.

It can be defined as “a non-volatile memory with the potential to achieve ultra-low energy and fast electron storage”. It is capable of combining the non-volatility of traditional data storage memory while maintaining the speed and endurance of RAM, which means that it could be implemented as a universal memory in the future.

Over the years the need to develop memory technology capable of eliminating the need for separate RAM and storage. After several investigations, neither the resistive RAM, nor the magnetoresistive RAM nor the phase shift memory have been able to meet expectations. Additionally, Intel’s Optane memory, a comparable alternative, was pulled from consumer PCs last year.

In terms of performance, the first signs are quite promising in the case of the UltraRAM. The report claims that this memory technology is capable of delivering data storage times of at least 1,000 years and one of switching power lower than DRAM and flash.

“A memory that is fast and non-volatile, with high resistance and low energy logic state switching, that is, the so-called universal memory, has long been dismissed as unattainable due to the seemingly contradictory physical properties that a device would require. this guy, ”the report states.

“Significant progress has been made, with emerging memory products in small- or large-scale commercial production, but, as with conventional memories, the trade-off between logic state stability and switching power remains. UltraRAM breaks this paradigm through quantum well exploitation InAs (QW) and AlSb barriers to create a triple barrier resonant tunnel structure (TBRT) ”

Its use could be a revolution

Most relevant in this technology is its ability to combine the attributes of RAM and storage memory in order to obtain performance benefits in uses from computer servers to video game consoles and much more. Researchers are currently working on further refining the fabrication process and make the necessary improvements. These aspects increase the probability that UltraRAM will be able to reach the market at a competitive price encouraging its rapid and widespread use by users around the world.