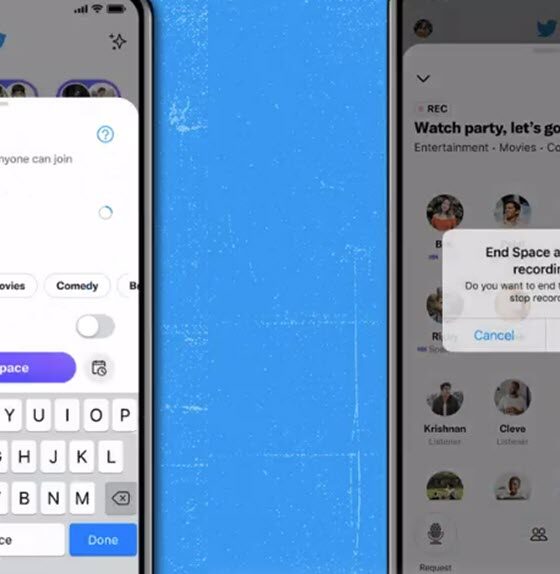 The Twitter team announced a long-awaited update for audio rooms. A feature that puts Spaces back among the novelties of the week.

As announced by the Twitter team, all Spaces hosts will now have the ability to record conversations. It will no longer be an exclusive function for a small group of users.

Now everyone can record their Spaces

You will find this new option in the app of Twitter on iOS and Android when you start a new space. Once you finish configuring the different details of your audio room, you will find the option “Record space”.

So do not forget that it is an option that you must enable, as you see in the image above. And when you start the audio room you will always see the option that reminds you that you are recording with the possibility of stopping it at any time.

Remember that Twitter keeps the recording for at least 30 days, but it can be extended up to 120 days if it considers that it violates any term of the platform. In that case, it will keep a copy of the recording so that the user can appeal the decision.

But publicly they have a maximum limit of 30 days. Of course, the host will always have the possibility to delete the recording at any time. It’s an exciting update that will allow hosts to better manage their content, give them more reach, and extend their audience beyond live streaming.

The recording of the events of the live audio rooms is not new, since Twitter launched that possibility last October, but for those who meet certain requirements. Now that barrier is a thing of the past, so anyone who wants to bet on Twitter Spaces can use this option to record their content.