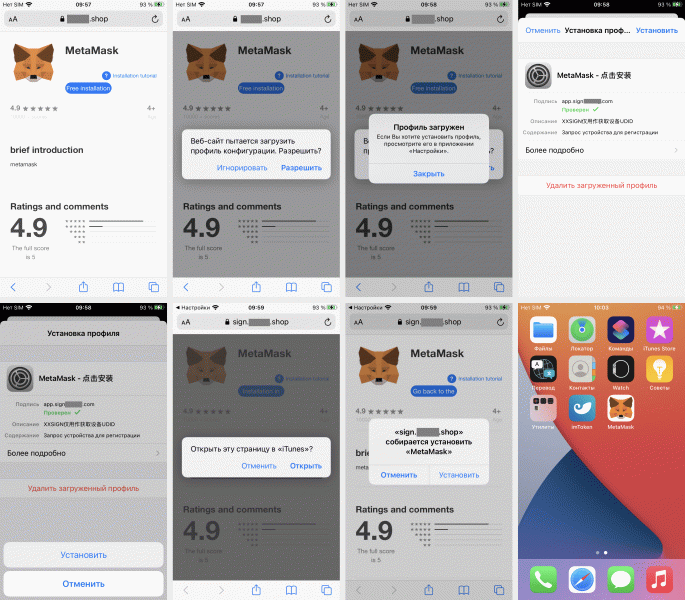 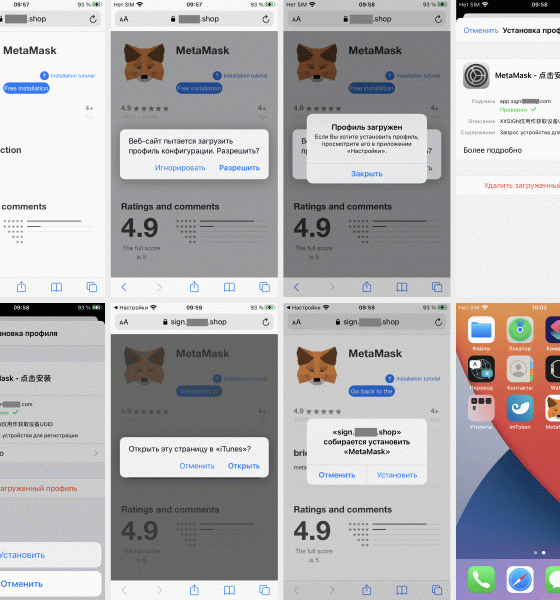 Doctor Web has warned about the spread of Trojans designed to steal cryptocurrencies from mobile device owners.

Malicious applications steal secret seed phrases that are needed to access crypto wallets. According to experts, users of both Android-based devices and Apple iOS-based smartphones are at risk.

Detected Trojan applications hide in hacker-modified versions of popular crypto wallets. Currently, experts have tracked cases of malicious code injection into copies of applications such as imToken, MetaMask, Bitpie and TokenPocket, but this list may be wider.

Trojan versions of crypto wallets are distributed through malicious sites that copy the appearance and functionality of the original web resources of the respective projects. The addresses of such sites are also as close as possible to the real ones.

Depending on the type of device from which the fake sites are visited, users are prompted to download and install the version of the wallet for the respective platform – Android or iOS. Trojan versions for Android are most often downloaded directly from a visited malicious resource. In this case, owners of iOS devices are usually redirected to another site designed in the style of the official Apple application catalog.

Even though both operating systems have third-party software installation disabled or disabled by default, it is still possible. So, on Android devices, it is enough to enable the necessary option in the system settings. And in the case of Apple devices, fraudsters use the installation mechanism through special configuration profiles (configuration profiles) and provisioning profiles (provisioning profiles). At the same time, it is not required for installation, a jailbreak was performed on the device.

Since Trojans are copies of real applications with minimal modifications, they work exactly like the originals, and it is almost impossible to distinguish them from each other by external signs.