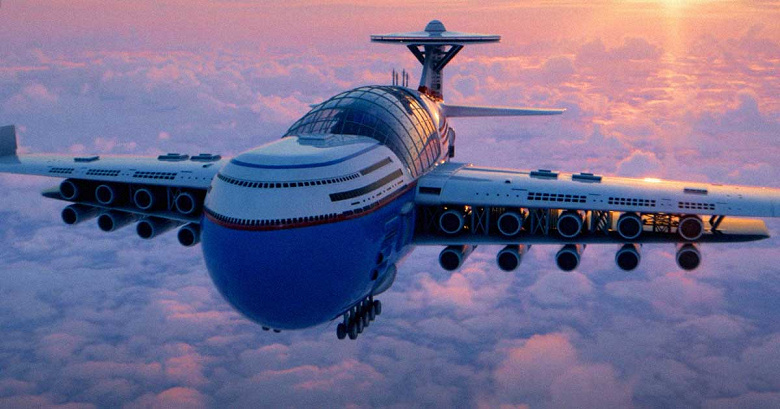 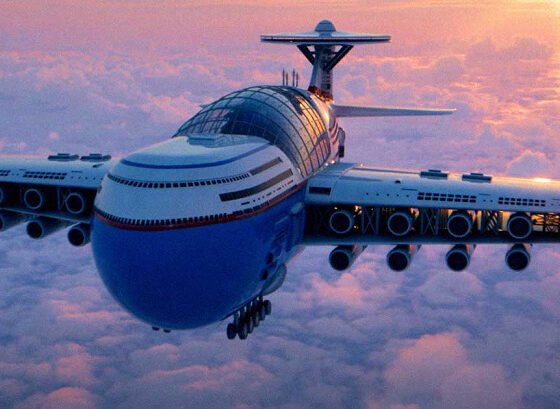 Sky Cruise is a nuclear-powered flying hotel created by Hashem Al Ghaili, a Yemeni engineer who unveiled his vision for an AI aircraft capable of carrying up to 5,000 passengers and completely reshaping the hotel and aviation industry.

The creator of the project was inspired by the paintings of the artist Tony Holmsten. Concept and visualization by Hashem Al Ghaili himself. According to his idea, Sky Cruise will be equipped with 20 nuclear engines based on nuclear fusion, which will solve the issue of carbon dioxide emissions into the atmosphere. Also, the plane does not need pilots. Although Sky Cruise will be controlled by an artificial intelligence system, a human will be able to take control at any time. 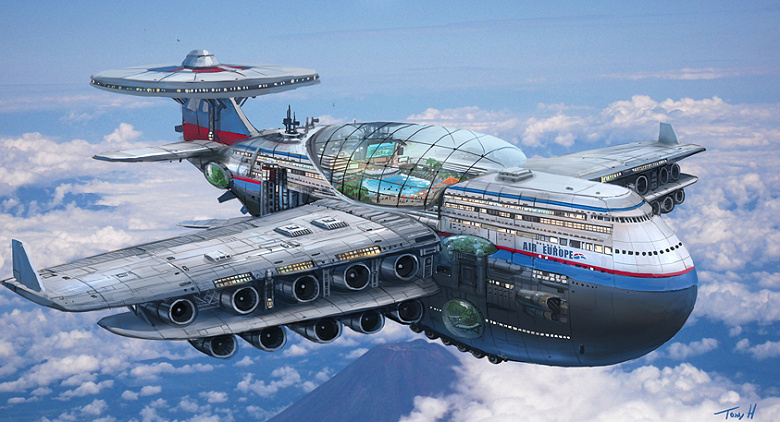 In the video, Al Ghaili details the Sky Cruise, which will be able to stay airborne for several years without the need for a landing. Delivery of passengers and various cargoes will be carried out by commercial flights from airports around the world. How exactly this will be implemented is shown below. 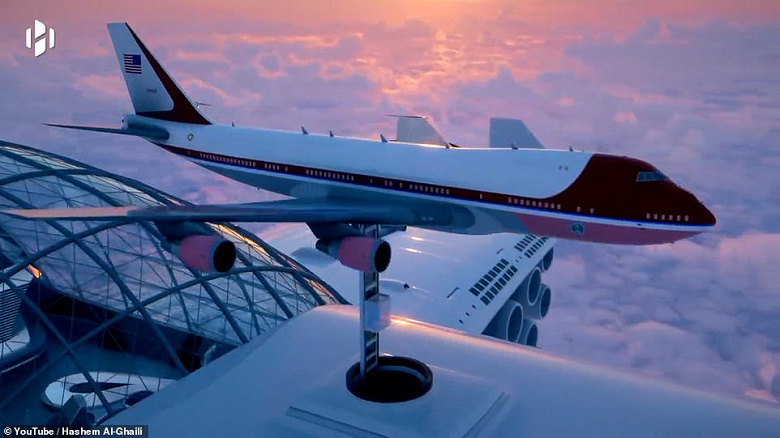 Al-Ghaili called the aircraft, which will include a panoramic hall with a 360-degree view of the sky, “the transport of the future.” The hall will be connected by an elevator to the main entertainment area, which will include shopping centers, sports centers, swimming pools, restaurants, bars, playgrounds, theaters and cinemas. There will also be a separate room for business meetings and special occasions such as weddings.

Turbulence won’t be a problem either, as the aircraft uses artificial intelligence to detect and avoid air turbulence. When vibrations are detected, the system automatically generates anti-vibration, which works similar to noise reduction technology, allowing Sky Cruise to easily overcome turbulence.