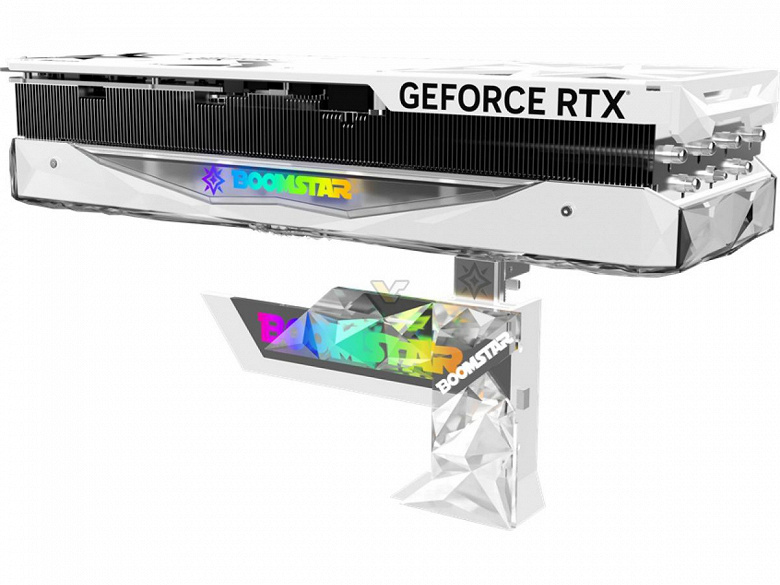 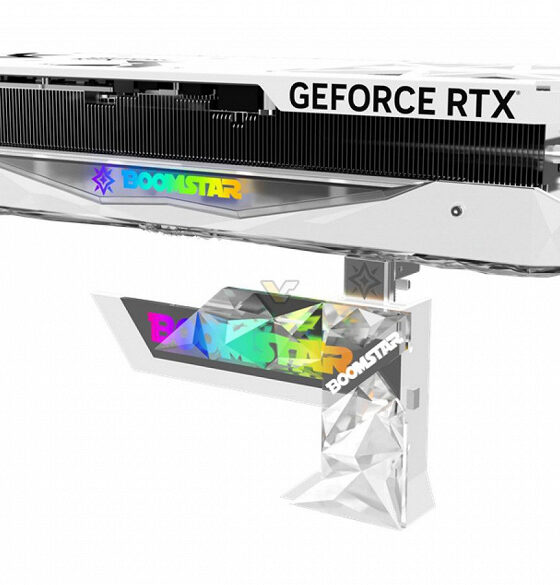 This video card even has a designer leg for the stop. Galax GeForce RTX 4090 Boomstar unveiled

Galax has released the GeForce RTX 4090 Boomstar graphics card. It’s a card that falls a notch below the overclocker- and enthusiast-oriented HOF model, but it has something interesting to offer as well.

In particular, the card comes with a special support leg, which is unlikely to be redundant, given the dimensions of the adapter. Unfortunately, the company does not indicate the mass, but the card is characterized by a length of 352 mm, so it obviously weighs a lot. For example, cards of similar sizes from other manufacturers weigh 2-2.2 kg. 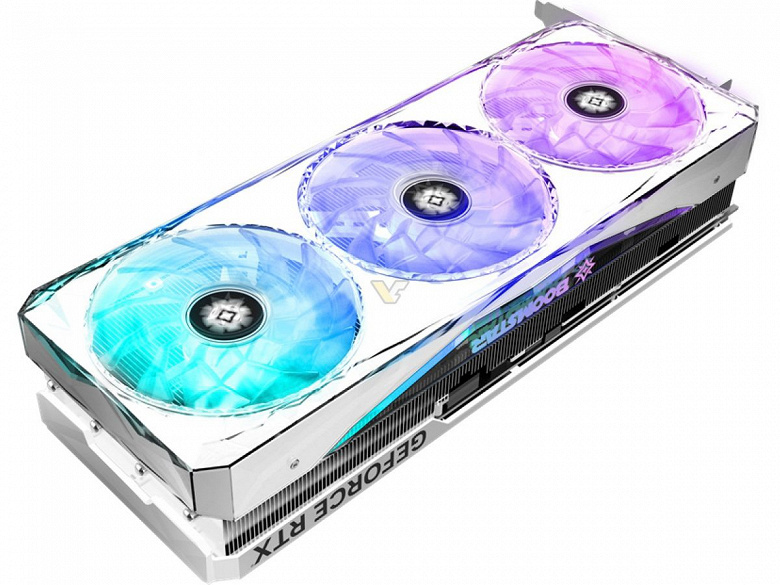 Interestingly, Galax decided to make a purely functional element a design element, so the leg received an unusual design that imitates crystals, and at the same time the logo of the line.

As for the rest, we can highlight a huge cooler, a GPU frequency of 2235-2580 MHz and customizable lighting. 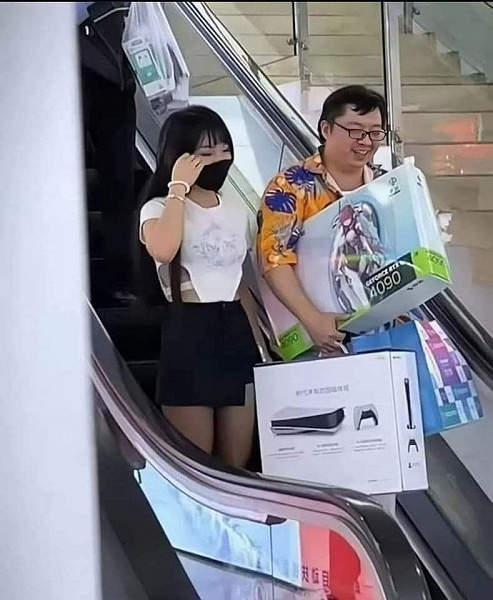 By the way, recently a photo has become popular on the Web, where a person rides the escalator of a shopping center, holding a PlayStation 5 and GeForce RTX 4090 in his hands. He was holding a Galax Boomstar card. The photo received popularity with the addition “the happiest person in the world.”