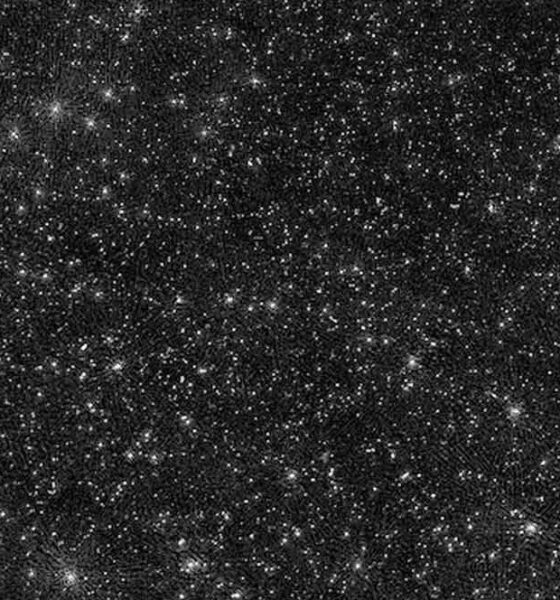 This is the largest supermassive black hole map ever created

Black holes are the protagonists of hundreds of scientific essays. His enigmatic character it has made them the protagonists of many science fiction films about space. Little by little astronomers have unveiled its mysteries, reaching conclusions such as that in the Milky Way there are between ten and one billion cosmic objects that are difficult to detect and quantify. Despite this difficulty, a group of astronomers has managed to create the largest visual map with 25,000 supermassive black holes.

At first glance the image published by researchers at the University of Hamburg in Germany may resemble a starry sky, but the reality is that each white point represents a black hole supermassive that is swallowing a star millions of light years away.

In search of black holes

It should be noted that black holes they are not visible with the usual observation instruments, but they can be detected from Earth when they devour a star or approach a cloud of interstellar matter. Consequently, these actions cause them to interact with their creation disk which is made up of gas and dust.

When black holes attract stellar material and strike it down, they emit a large amount of X-rays. These high energy signals can be detected by LOw Frequency ARray (LOFAR). It is a network of radio telescopes that is distributed in 52 stations in different parts of Europe.

The group of astronomers who created this map of black holes used LOFAR to map 4% of the northern hemisphere and thus detect the 25,000 black holes supermassive giving rise to one of the most detailed sky maps in the field of so-called low radio frequencies.

A project led by Huub Röttgerin of the Leiden Observatory together with the rest of the team, they point out in the research publication that the ionosphere negatively interfered in the mission of mapping part of the sky in search of black holes. In order to overcome this drawback, the researchers turned to supercomputers with new algorithms to correct the interference caused.

Information about the structure of the universe

The plan of the research team at the University of Hamburg is keep mapping the northern hemisphere, not only to continue looking for supermassive black holes, but also in order to obtain information about the structure of the universe on a large scale.

“After many years of software development, it is wonderful to see that it has now really worked,” said the astronomer Huub Röttgering of the Leiden Observatory in the Netherlands.