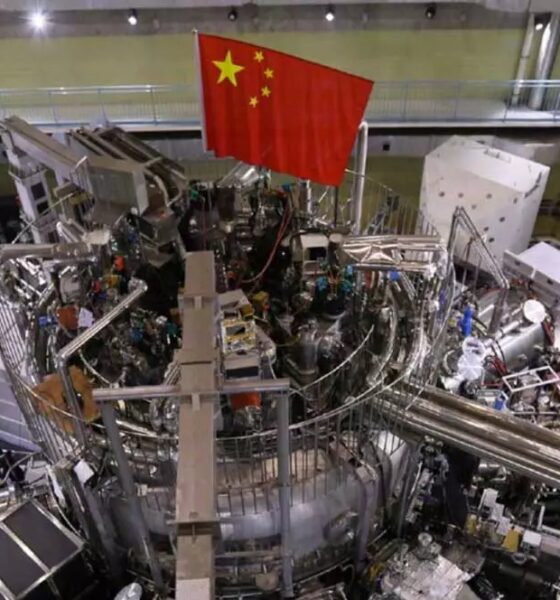 This is how China created an artificial Sun and Moon

Beyond being able to observe the Sun and the Moon from Earth or go to an observatory, we have astronomy programs to explore and satisfy that curiosity about the universe. Both the artificial Sun and the Moon created by China contribute to new technological advances that we will see next.

The main objective of the development of the artificial solar device is to create almost unlimited clean energy mimicking the natural reactions that occur inside stars.

“The recent operation lays a solid scientific and experimental foundation for the operation of a fusion reactor,” Gong Xianzu, a researcher at the Institute of Plasma Physics of the Chinese Academy of Sciences, who led the latest experiment, told Xinhua.

In addition, he explained that the process at the atomic level that takes place in the reactor is similar to that which takes place in stars. “This releases a huge amount of energy without producing any kind of greenhouse gas or nuclear waste. So we could be facing a new source of energy for all of humanity.”

The East project (Experimental Advanced Superconducting Tokamak), an artificial sun that has multiplied by five the temperature of the Sun, for more than 17 minutes, reaching temperatures of 70 million degrees Celsius. The process does not require fossil fuels and leaves no residues, unlike the fission process. A project is close to 1,000 million dollars of investment and will continue in the experimentation phase until June. Not content with creating an artificial sun, a group of scientists from the China University of Mining and Technology has built a research facility capable of simulating the low lunar gravity.

Li Ruilin, the project’s lead researcher, says that “its effectiveness is so good that it can make gravity disappear without a time limit.” The idea of ​​creating an artificial moon in China arose from an experiment where scientists levitated a frog with magnets.

Let the artificial moon allow gravity disappears for an indeterminate time It allows to lengthen the training and simulation days of astronauts and teams prior to new lunar missions to solve problems and errors on Earth before they occur on the Moon.

“Some experiments, like a crash test, need only a few seconds in the simulator,” Li said. And he added in this regard: “But others, such as flow tests, measure how much a material will deform under constant temperature and stress, they can take several days and it is completely possible to do it”