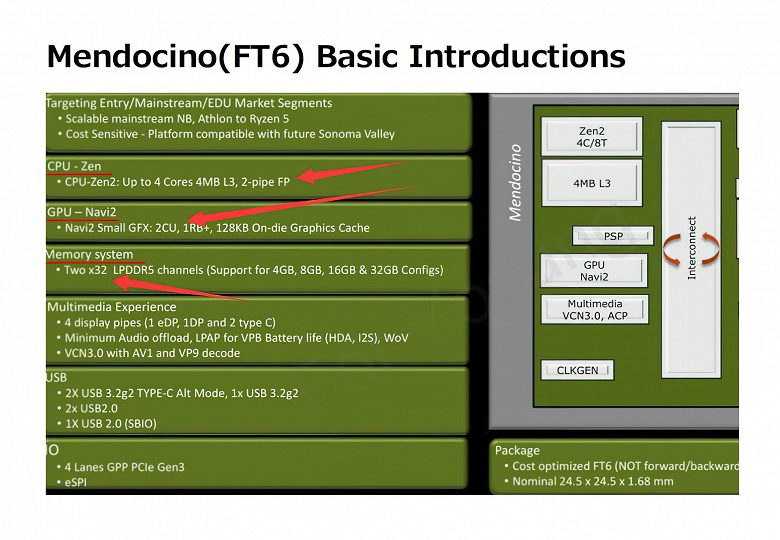 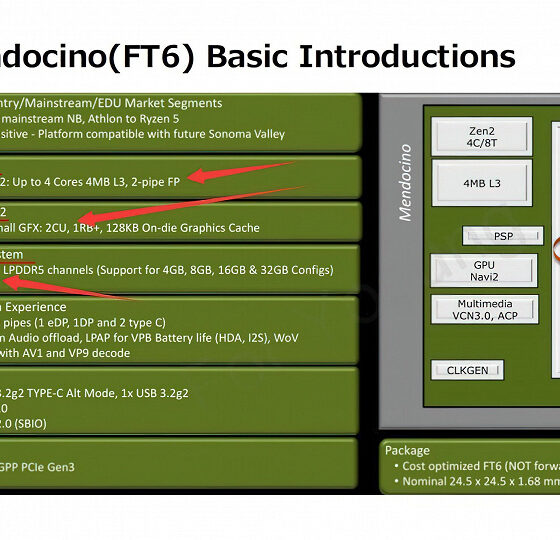 These should be the processors for cheap laptops according to AMD. Mendocino APU Specifications Appeared

Yes, dreams of a $300 Steam Deck-level console will not come true just yet. The AMD Mendocino APU specs leaked online, and it does have a relatively simple iGPU.

So, as you can see, apparently, we are still talking not about one processor, but about a line, since the number of processor cores is indicated as “up to four”. That is, there will probably be basic APUs with two cores. But the iGPU will be identical everywhere: with two CU units, that is, with 128 stream processors. This is four times less than in the APU of the Steam Deck console, that is, the performance will be quite modest. It still has to be good, but still it’s a completely different level.

What is interesting is the support for exclusively LPDDR5 (two channels), which will positively affect performance in general and iGPU in particular. And the APU itself will be very compact – only 100 mm2. From the rest, support for decoding AV1 and VP9 can be noted.