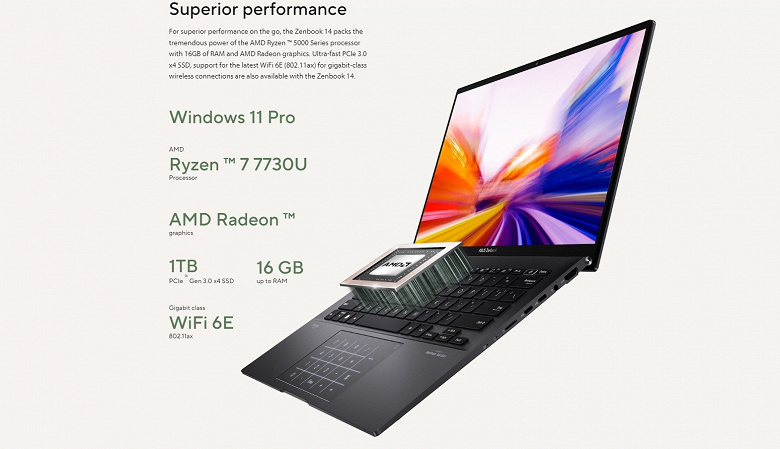 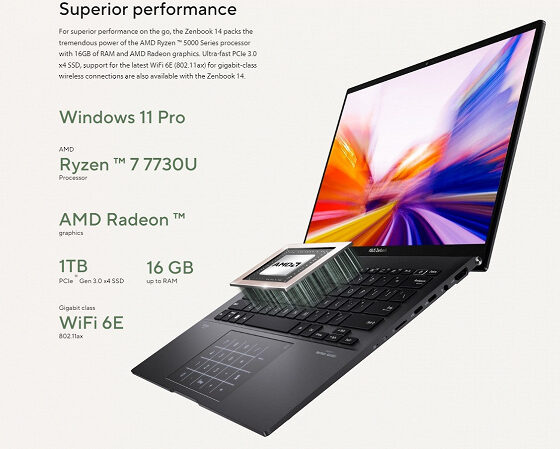 Asus has expanded the range of the first laptop based on the Ryzen 7000 processor.

The model is called Zenbook 14 (UM3402). Interestingly, right in the name Asus indicates the use of the Ryzen 5000 Series, in the descriptions this line is also mentioned almost everywhere, but the infographics indicate the use of a certain Ryzen 7 7730U.

Thanks to the new AMD processor naming system, we can learn something about the CPU just from the name. In particular, that this is a processor based on the Zen 3 or Zen 3+ architecture. If we are talking about the Zen 3 architecture, then it is likely that the Ryzen 7 7730U will be a renamed representative of the Ryzen 5000U line, which also means the 7nm process technology and the Vega generation iGPU. If, however, the Zen 3+ architecture is still used, then we should have a renamed representative of the Ryzen 6000U line, that is, based on the 6 nm process technology and with a more modern iGPU RDNA 2. Given the mention of the Ryzen 5000 Series for this laptop model, there is a good chance what about the first option.