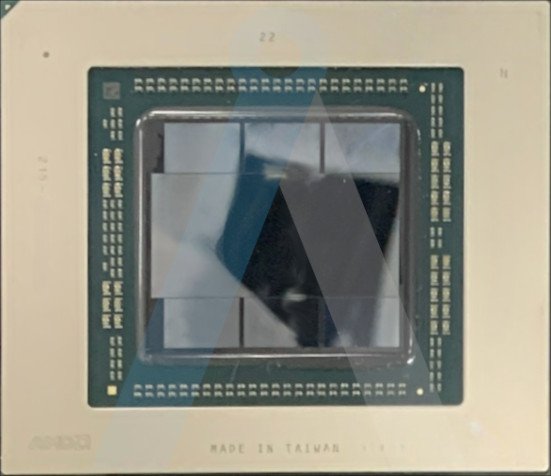 The very unusual heart of the Radeon RX 7900 XTX. GPU Navi 31 with seven crystals first captured in the photo

The Radeon RX 7000 graphics cards will be unveiled today, but now we have the opportunity to take a look at the Navi 31 GPU, which will be the basis of the next generation of top cards.

As you can see, the GPU is quite unusual, although that’s how the latest leaks described it. The graphics processor consists of seven crystals, and we are not talking about six HBM memory chips at all, because AMD has already used a similar layout before.

In this case, the center is directly the GPU chip with computing units, and around it are six MCD (Multi-Cache Dies) crystals with Infinity Cache cache memory. Moreover, there were earlier rumors that three crystals could receive additional V-Cache chips, but we will not be able to see this visually.