“The taste was so bad that none of us wanted to keep drinking it.” Coca-Cola Zero Sugar Byte promises to revive the taste of pixels

The Coca-Cola Company has introduced a new drink Zero Sugar Byte. And this would hardly have been something interesting if it were not for positioning and nuances.

The company says it’s the first ever Coca-Cola flavor born in the metaverse. And the company allegedly revived the taste of pixels. It is hardly worth trying to understand how it is, given that the company recently introduced a taste of space (Starlight).

For our second expression from Coca-Cola Creations, we wanted to create an innovative flavor inspired by the playfulness of pixels. Just like pixels provide a digital connection, Coca-Cola Zero Sugar Byte brings people together to share moments of true magic.

Of course, the gaming theme is used here not only in the design. Coca-Cola collaborated with PWR to create a Pixel Point island in Fortnite Creative. The drink itself will appear in the Fortnite metaverse as part of some four mini-games.

Additionally, fans can scan a Coca-Cola Zero Sugar Byte package at www.coca-cola.com/creations to access an augmented reality game that tells the story of BYTE, the 8-bit pixel left over from Coca-Cola. .

Coca-Cola Zero Sugar Byte went on sale in extremely limited quantities in select Latin American countries on April 4th. In the US, starting May 2, the product will be available for purchase exclusively in double packs. China will receive the novelty on May 23. 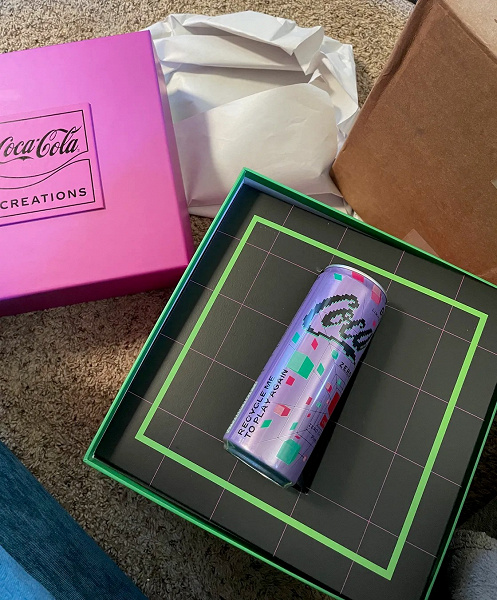 If someone is upset about not being able to try a new drink, it might not be worth it. The fact is that one of the authors of The Verge has already tried soda with his wife. Both agreed that the taste was bad.

The taste was so bad that neither of us wanted to continue drinking it. It’s hard to describe the taste. For starters, the soda is cloyingly sweet, even for those who don’t mind the occasional glass of regular cola or sprite. But it’s not just sweet – it has a taste, but I can’t describe it using the food words I know. Becky even said that she was numb in her mouth

As a result, the couple agreed that the taste resembles a mixture of Red Bull and Coca-Cola.