The most powerful and tiny mini-PC in the world received AMD Ryzen 9 4900H and 16/512 GB of memory: started accepting pre-orders for RZBOX

Chuwi announced the successful development of the first RZBOX prototype after polling users about the smallest and most powerful mini PC. The company also announced the launch of a global fundraising campaign for the release of the novelty.

During the month, players voted for the best configuration: as a result, the RZBOX mini-PC will receive an all-metal case and the popular AMD Ryzen 9 4900H processor. The prototype was successfully tested and went to pre-sale training. The initial price of the product is expected to be in the range of up to $ 500.

The body has dimensions in terms of 19 x 18 cm, and its volume is only 2 liters. It fits easily into a backpack, for example. The design is designed with the convenience of upgrade in mind, so that the user can independently disassemble the PC, replace the RAM and solid state drive.

Three versions are offered as part of the pre-order:

Orders are accepted from all over the world, buyers will receive exclusive discounts on pre-orders and various gifts. Chuwi will also launch a global pre-sale promotion with a 10 RZBOX prize giveaway. Visitors to the official Chuwi website from around the world who subscribe to an email and follow the instructions in the survey and mini PC design will be able to win a free new Chuwi RZBOX mini PC. Acceptance of pre-orders will last until September 24. 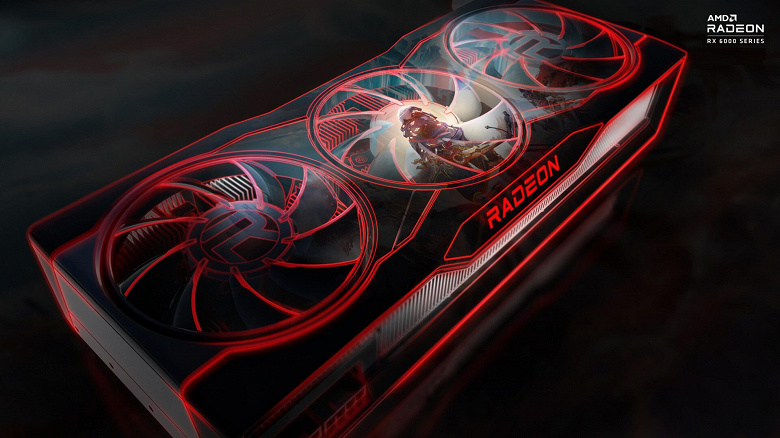 There are more and more rumors on the Web about the release of upgraded AMD video cards of the current line. This will not be a full answer to the GeForce RTX 40, but the “red” 3D accelerators will add about 2-5% performance due to the new faster memory.

Earlier there were rumors that AMD will transfer to the 6-nanometer GPU process Radeon RX 6600 XT and Radeon RX 6700 XT, but so far there is no evidence that the top models, along with faster memory, will receive GPUs on a thinner process technology. At the same time, with the new faster memory, power consumption parameters will change somewhat (it should increase slightly) and prices will rise slightly. 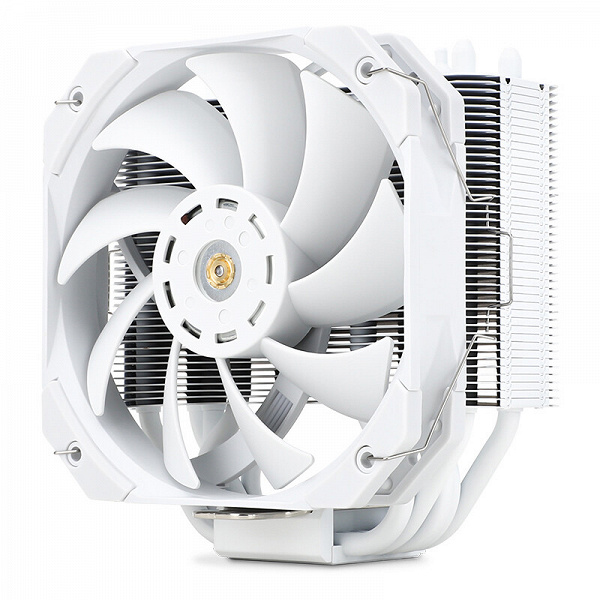 Thermalright has introduced one of the most compact tower-type CPU coolers – TA120 EX Mini White. Its height is 135 mm. At the same time, a 120 mm fan is fixed on the radiator. 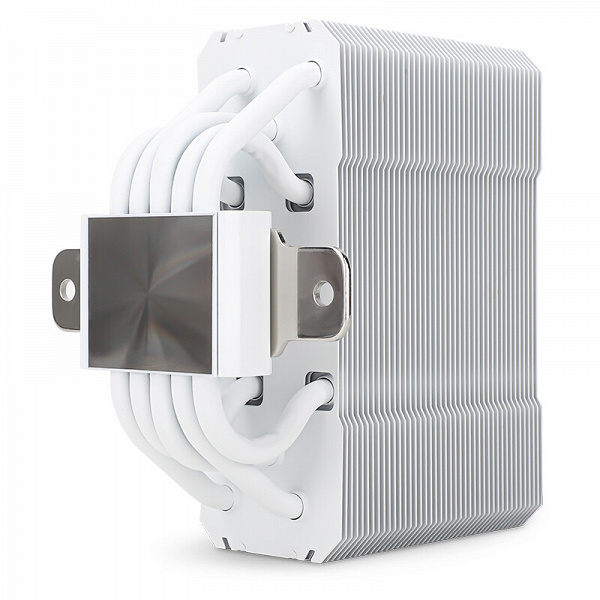 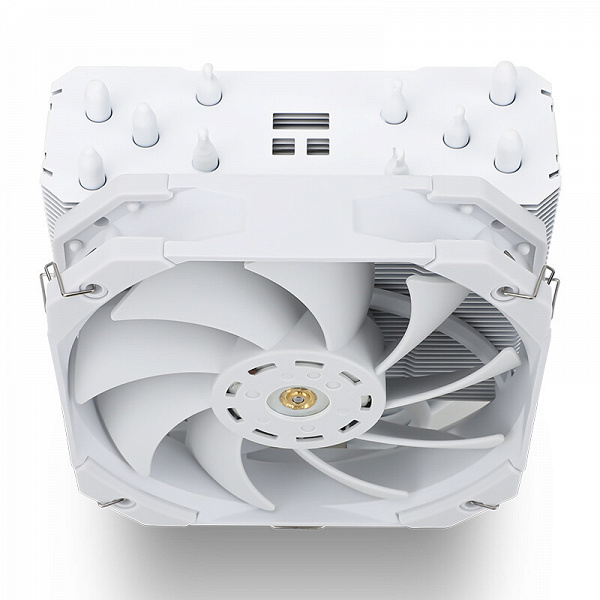 The classic design includes five copper heat pipes with a diameter of 6 mm. They are passed through a nickel-plated copper base, polished to a mirror finish, and remove heat to a block of aluminum plates. The TL-D12 PRO-W fan with hydrodynamic bearing rotates at speeds up to 1850 rpm. The maximum speed corresponds to the air flow up to 139.4 m3/h, static pressure 2.1 mm water column and noise level 29.6 dBA. The list of supported processor sockets includes LGA1700, AM4 and LGA1200. The manufacturer does not name the price of the novelty. 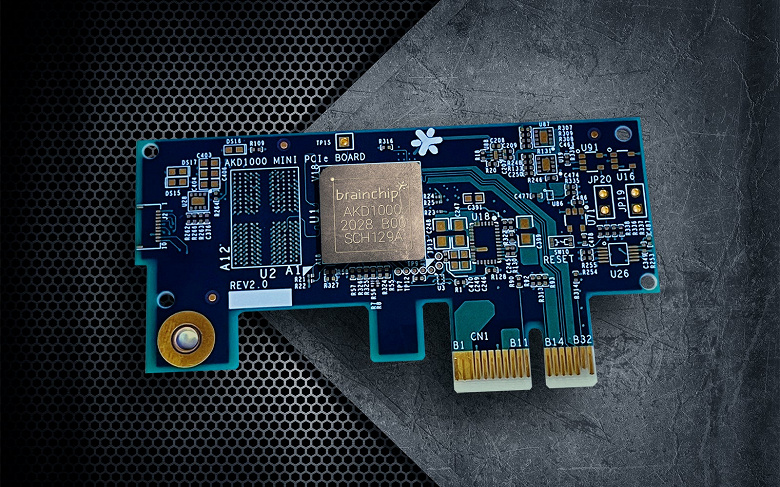 BrainChip Holdings, which describes itself as “a leading provider of ultra-low power, high-performance AI technologies and the world’s first commercial provider of neuromorphic AI chips,” today announced that it has begun accepting orders for the first commercially available PCIe add-in board powered by an Akida Neural Network Processor.

The AKD1000-based board can be connected to an existing developer system to open up opportunities for a wide range of AI edge applications, including Smart City, Smart Health, Smart Home and Smart Transportation. BrainChip will also offer system integrators and developers complete layout files and Bill of Materials (BOM) so they can build their own boards and implement AKD1000 chips in high volume as a standalone embedded accelerator or coprocessor.

The 40 x 76mm board houses a processor, 512MB LPDDR4-2400 memory, and 128Mbit Quad SPI NOR flash. In addition, there is a built-in Akida core current monitor and two GPIO lines. The card is equipped with a PCIe 2.0 x1 interface. Its advantages include high performance, security, low power consumption and the ability to conduct AI training on the device itself, regardless of the cloud. The price starts at $499.

In October last year, the company introduced two variants of developer kits. One is based on an x86-compatible Shuttle mini PC, and the other is based on an ARM-compatible Raspberry Pi single-board microcomputer. 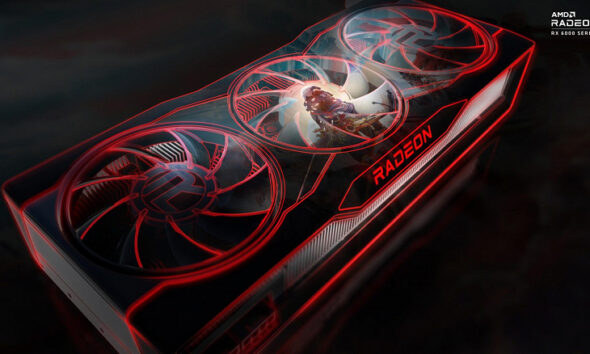 There are more and more rumors on the Web about the release of upgraded AMD video cards of the current... 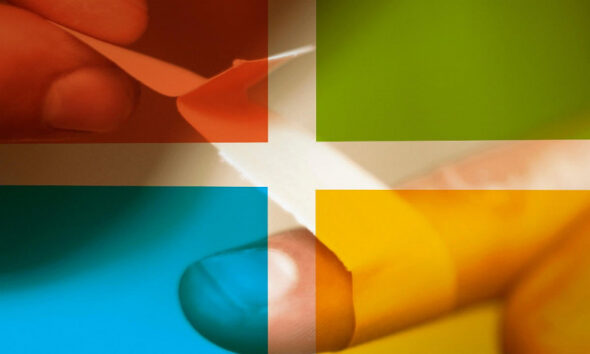 Microsoft has released an urgent update for Windows 7, Windows 10 and Windows 11

Last week, Microsoft released a large batch of cumulative updates as part of its traditional monthly Patch Tuesday update for... 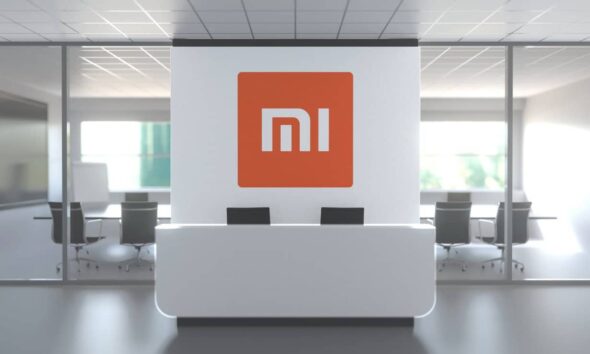 Recently, Xiaomi has announced its intention to exploit the technology Ultra Wide Band (UWB). This makes it possible to spatially... 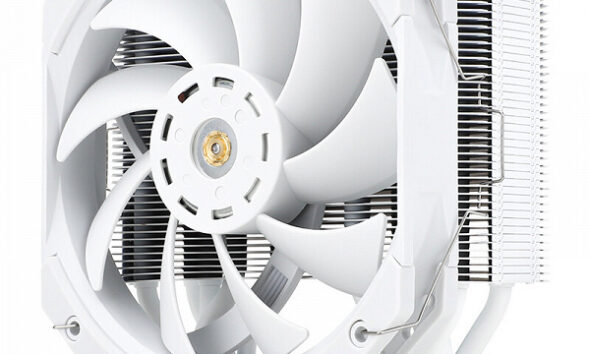 Thermalright has introduced one of the most compact tower-type CPU coolers – TA120 EX Mini White. Its height is 135...