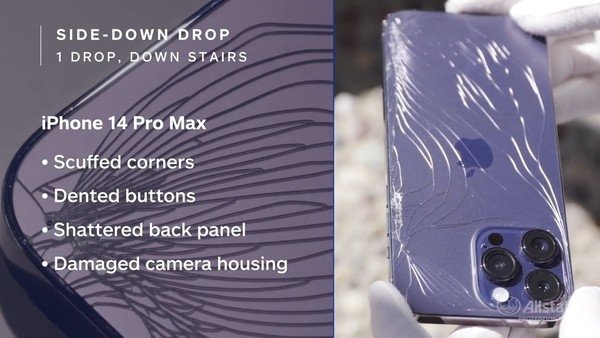 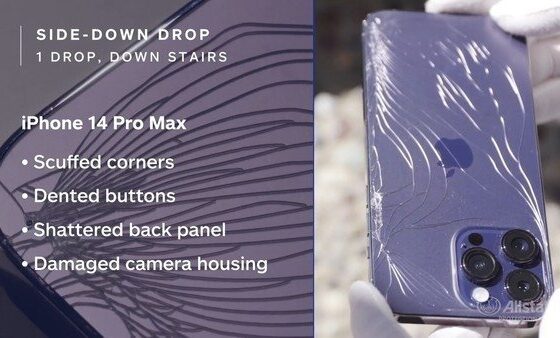 Allstate Protection Plans (formerly known as SquareTrade) is a mobile device insurance company, so it can hardly be accused of being biased. The tests simulated the most typical falls of devices – from a height of human growth (180 cm). Phones were thrown both with the screen down and up, exclusively on a hard surface.

Both of them crashed, but the damage to the iPhone 14 Pro Max turned out to be stronger. This is especially true of landing on the rear panel, the consequences of which were called “catastrophic”: the glass was not only completely broken – it practically spilled out. In addition, the camera unit of the phone was badly damaged.

Allstate Protection Plans also tested phones for durability when dropped on a side edge. In this case, the damage to the iPhone 14 Plus was minimal: a few abrasions in the corners. The iPhone 14 Pro Max, in addition, cracked the back panel, the buttons and the camera unit were damaged.