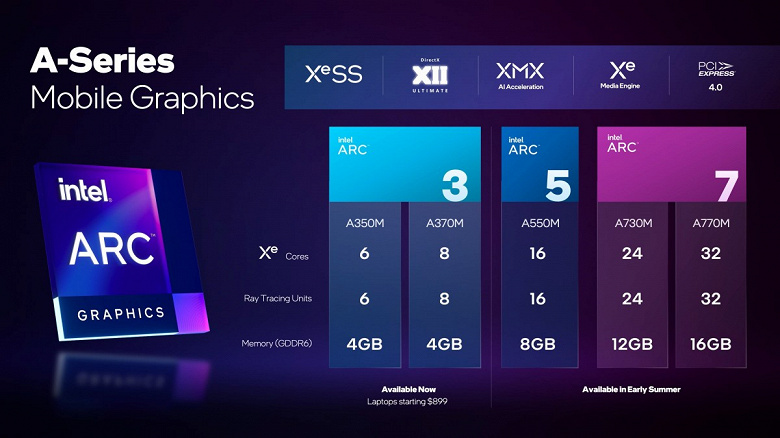 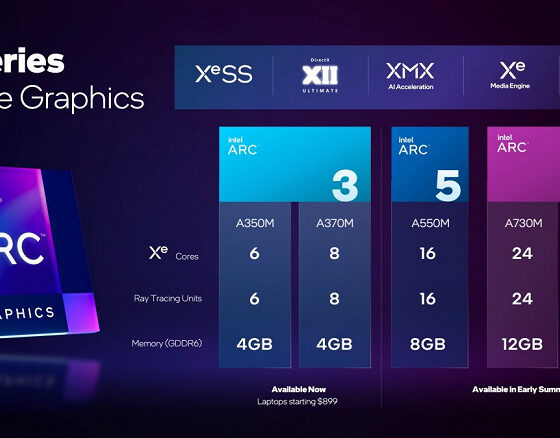 The Intel Arc A770M mobile graphics card easily leaves behind the 140-watt GeForce RTX 3060, but there is a problem. In games, things can be different.

The results of testing this adapter as part of a Clevo laptop, also equipped with a Core i7-12700H, have appeared on the Web.

As you can see, the graphics subsystem of such a PC, represented just by the Arc A770M, is significantly superior to the GeForce RTX 3060. Moreover, we are talking about the 140-watt version of the RTX 3060, which is faster than some mobile RTX 3070 with a basic power limit. That is, the Arc A770M should easily compete with the RTX 3070 with the maximum TDP. 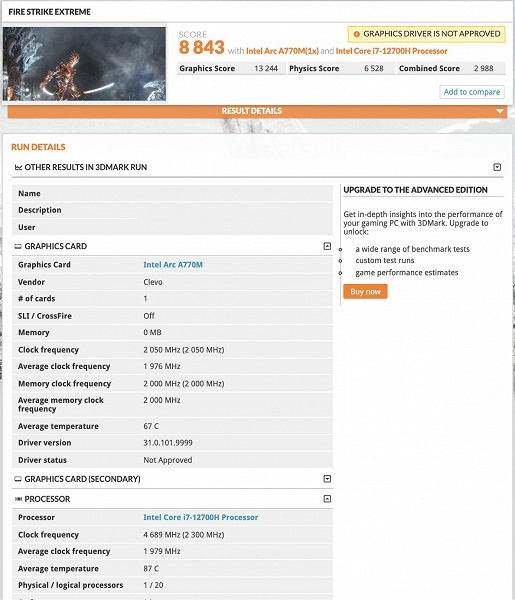 However, there is a catch. Based on tests of junior Intel adapters, we have already realized that Arc cards perform very well in 3DMark, but in games the situation is noticeably worse. Whether the Arc A770M in this case will be able to compete with at least the same RTX 3060 is still difficult to say – you need to wait for the tests.

Recall that the A770M is a toy card in the Arc mobile line. It contains 512 computing units and is equipped with 16 GB of GDDR6 memory.