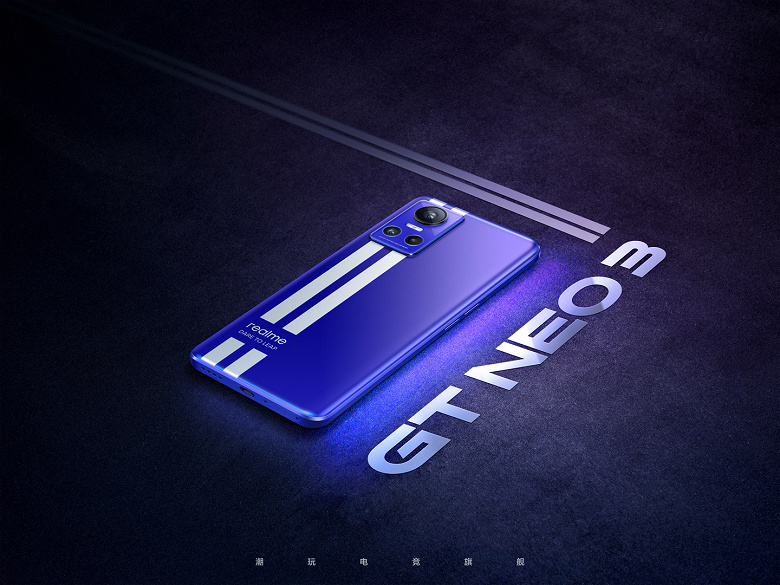 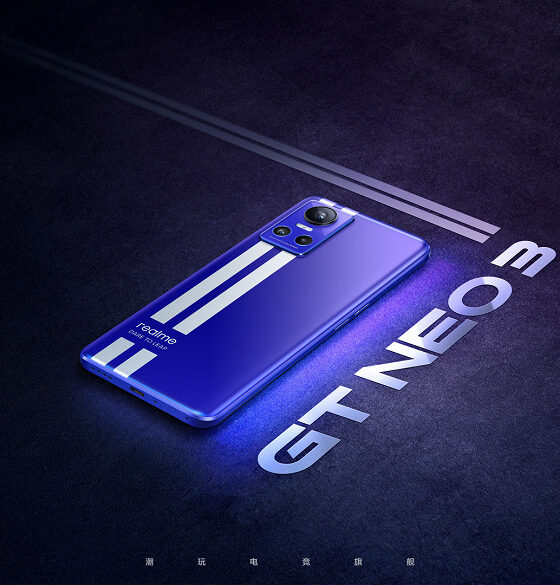 Realme is getting ready to launch its new premium smartphone called Realme GT Neo3. The phone is the successor to the Realme GT Neo2 launched last year.

Ahead of the official launch of the Realme GT Neo3 smartphone later this month, the company has shared an official render of the device showing the back of the brand’s upcoming flagship smartphone.

The image provided by the company shows the Realme GT Neo3 smartphone in blue with two white stripes. Stripes of white run from the camera module to the bottom of the phone, and feature the company’s signature logo and slogan.

The rectangular camera module is placed in the upper left corner. It has three sensors with a resolution of 50, 8 and 2 megapixels. On the front side of the device, there will be a 16-megapixel camera for taking selfies and video calls. The volume keys are located on the left side of the smartphone, while the USB-C port and speaker grill are located on the bottom.

The phone is expected to feature a MediaTek Dimensity 8100 SoC coupled with 12GB of LPDDR5 RAM and 256GB of UFS 3.1 flash storage. The device will run the latest Android 12 operating system with Realme’s own UI. The phone will receive support for 150-watt charging.

The presentation of the smartphone is expected on March 22.