The HP Omen 16 is the first and for how long the only gaming laptop with the Radeon RX 6600M. AMD announced it at a recent event, and now this PC is featured on BestBuy.

Of course, it is wrong to compare laptops only in terms of basic parameters, but it is still worth noting that for this money you can buy a laptop with a GeForce RTX 3070, and models with an RTX 3060 already start at about $ 1100-1200. A Linux-based ROMA laptop was unveiled this week, featuring an unnamed quad-core RISC-V processor with GPU and NPU. It is intended primarily for software developers and has Web3 technology integration.

The ROMA laptop is the result of a collaboration between DeepComputing, who worked on the design, and Xcalibyte, who does system setup, as well as building and adding support for Web3, NFT, cryptocurrencies out of the box.

The ROMA is equipped with 16GB LPDDR4/LPDDR4X RAM and 256GB eMMC flash. The Arm SC300 Security Enclave processor is used to protect data.

The laptop will support most Linux operating systems, and the company will offer “early access to the next generation of laptops and accessory upgrades at significant discounts.” The first 100 customers will receive a free NFT, and the laptop will ship with a MetaMask-style wallet.

It will also be possible to personalize your ROMA, for this you can order an engraving of your name or other inscription on the case. 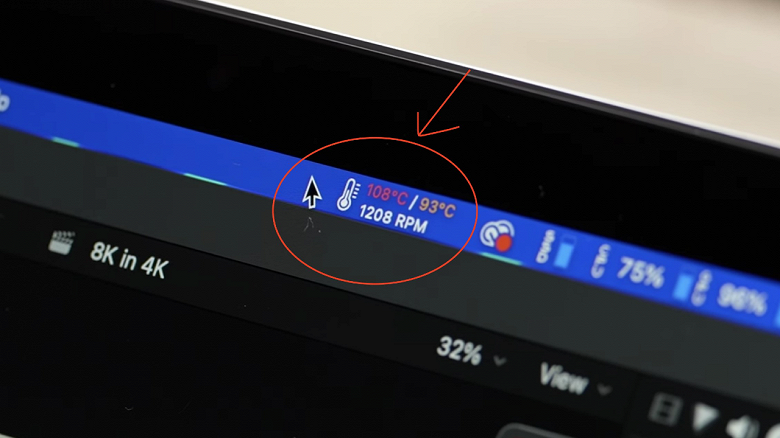 Video blogger Vadim Yuryev conducted a study and found out that the MacBook Pro on the M2 processor heats up much more than other Apple laptops. During the test, the processor reached a temperature of 108°C, and the cooling fans were running at a maximum speed of more than 7 thousand revolutions per minute.

The compact 13-inch MacBook Pro got to the test for the blogger. For verification, he used the export of Canon RAW video files in 8K resolution. After reaching this indicator, the processor began to reduce the frequency – the so-called “throttling”. As a result of some, the frequency dropped by almost half, which made it possible to drop the power consumption from 29.46 W to 7.31 W. This made it possible to reduce the temperature to 84°C, but then the figures began to rise again. Yuryev also conducted tests on other Apple laptops. As it turned out, due to overheating, the MacBook Pro on M2 is only 10% more powerful than the MacBook Pro on M1. This is how the time results for exporting Canon RAW video files at 8K resolution look like:

That’s not the only issue with the new MacBook Pros. Previously, users have noticed that the SSD drives in the MacBook Pro on the M2 are slower than those on the M1-based counterpart. The speed drop for reading is 50%, for writing – 30%. The reasons are still unknown.