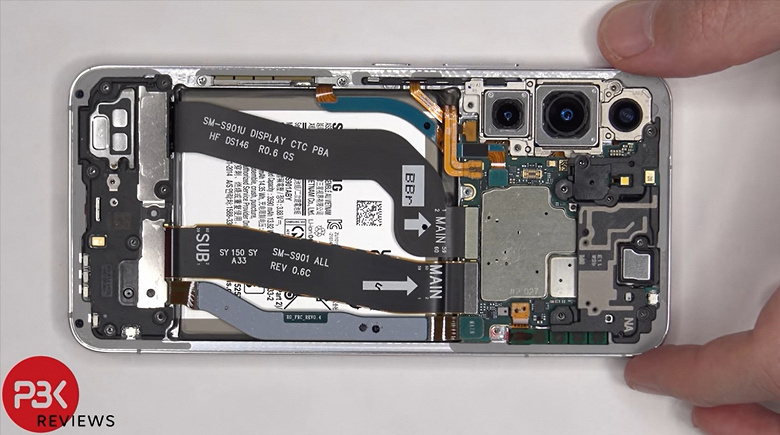 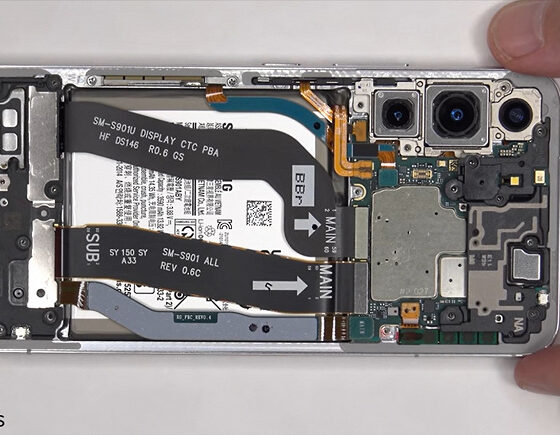 The first disassembly of the Samsung Galaxy S22. The smartphone received 7.5 points out of 10 for maintainability

The Galaxy S22 turned out to be a pretty solid smartphone, but how is it organized inside and is it easy to replace some components in case of a breakdown? The video below answers these questions.

You need to open the Galaxy S22 like most modern smartphones – from the back panel. And it really is framed in glass, although it looks like plastic. To separate the cover from the body, you must first heat it, and then pick it up and walk along the perimeter with a flat object, since the cover is thoroughly glued.

The components are accessed by unscrewing 19 screws – and then three more screws hold the daughter motherboard down. The latter contains a microphone, a SIM card slot, a USB-C port. So in which case it’s not possible to simply replace the port – you will have to change the entire daughter board.

The compact motherboard is placed in the upper part, the camera modules are connected to it. To replace the screen, you need to remove key components and unfasten the cables connecting the screen and the fingerprint scanner. And to get the battery, you will have to fill in the liquid to dissolve the glue under it – there are no tongues for quick removal of the battery. 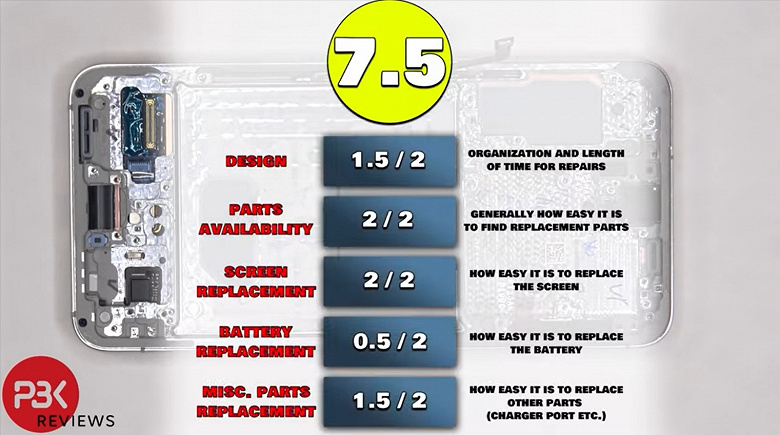 Overall, the Galaxy S22 is disassembled and assembled (and repaired) like most other smartphones, but due to the fact that not all components are easy to replace, the device received a 7.5 out of 10 points for repairability. 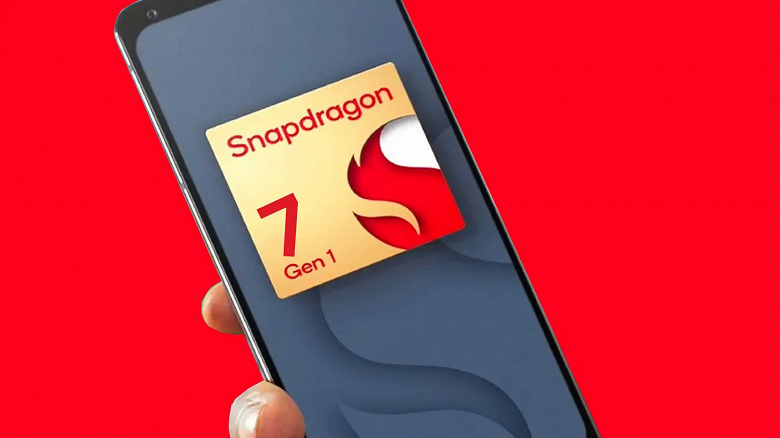 Qualcomm today introduced not only the flagship SoC Snapdragon 8 Plus Gen 1, but also a solution for the middle segment. The new platform is called Snapdragon 7 Gen 1.

But the company says that the GPU should be 20% faster than the core in the Snapdragon 778G. And in AI tasks, the new platform will be 30% faster already. Separately, it is worth noting the support for Adreno Frame Motion Engine technology. The essence of her work is unknown, but Qualcomm says that with her performance in games will double in the absence of an increase in power consumption. And here we are clearly talking about some kind of workaround, like drawing frames in Samsung smartphones, otherwise it is simply impossible. 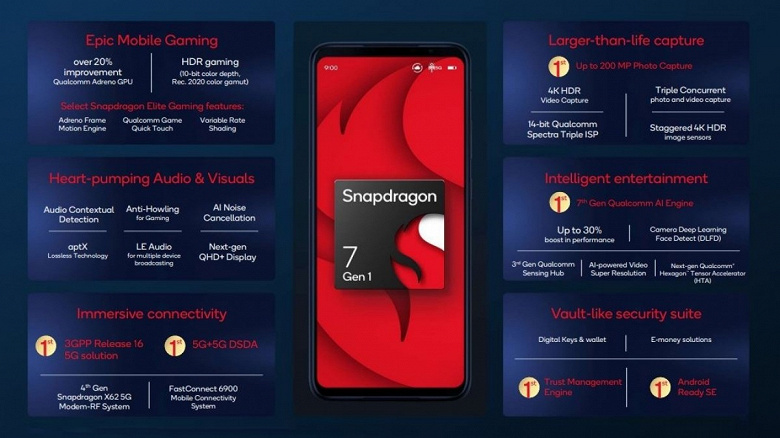 The new SoC also includes a Snapdragon X62 5G modem capable of transferring data at speeds up to 4.4 Gbps. The platform supports the latest Wi-Fi 6E and Bluetooth 5.3 standard. There is also support for Snapdragon Sound and aptX.

Snapdragon 7 Gen 1 also supports LPDDR5 memory up to 16GB, Full HD screens up to 144Hz and QHD at 60Hz, while the Spectra image processor supports cameras up to 200MP and 4K video recording with HDR support.

The first smartphones with this SoC should be out in a few weeks. Earlier there were rumors that these will be Oppo devices.