The FBI raids the American office of PAX Technology

The searches are related to the suspicion of the possible use of PAX equipment in cyberattacks.

Officials from the US Federal Bureau of Investigation raided the Florida office of PAX Technology, a Chinese PoS terminal manufacturer. How reported journalist Brian Krebs, the searches are related to reports of the possible use of PAX systems in cyber attacks against organizations in the United States and Europe.

PAX Technology is one of the world’s largest payment terminal manufacturers and a leading provider of trading solutions and services. The company is headquartered in Shenzhen, China.

According to information American radio station WOKV, the FBI and the Department of Homeland Security raided the PAX Technology warehouse in Jacksonville. Investigators said the searches were carried out on the basis of a court order as part of a federal investigation by the Department of Homeland Security with the participation of the Customs and Border Protection Directorate and the Naval Criminal Investigation Service. The FBI did not comment on the situation.

According to Krebs, citing trusted sources, the FBI launched an investigation into PAX after a major US payment service provider drew attention to strange network packets emanating from the company’s payment terminals. As it turned out, PAX terminals were used as a malware dropper and control infrastructure for organizing attacks and gathering information.

PAX Technology did not respond to Brian Krebs’s inquiry about the situation.

Two major financial providers in the US and UK have already begun to remove PAX terminals from the payment infrastructure, sources said.

“My sources say there is technical evidence for the use of terminals in cyberattacks. The packet sizes do not match the billing information they are supposed to send and do not correlate with the telemetry these devices are supposed to display in the event of a software update. PAX now claims the investigation is racially and politically motivated, ”the source said.

Krebs’ interlocutor did not provide details about the unusual network activity that led to the FBI investigation. 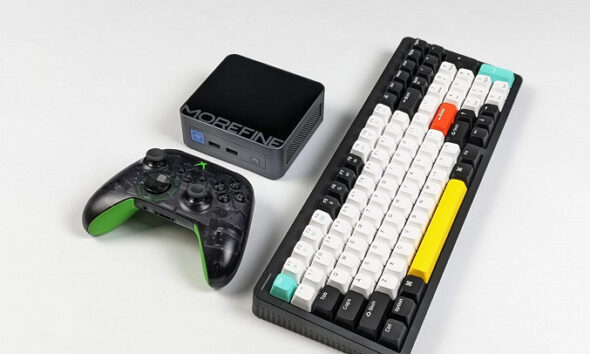 This is what Intel traded the Pentiums for. One of the first tests of the CPU Processor N100 appeared

Intel Processor processors are just starting to hit the market in PCs and laptops, and today we can see one...