Fresh tests of an engineering copy of the Core i9-13900K processor with 24 cores and 32 threads have appeared on the network. Previously, data on its testing in “synthetic” benchmarks and comparison with the Core i9-12900KF have already been published. Now the verification data in gaming applications has been published.

The processor has been tested in a number of games, including Horizon: Zero Dawn, Red Dead Redemption 2, Far Cry 6, Forza Horizon 5, Monster Hunter: Rise, and PUBG. There are also results from Final Fantasy Endwalker, CSGO and 3DMark Timespy and Firestrike gaming benchmarks.

The test platform consisted of an ASUS ROG Z690 Extreme motherboard with 32GB of DDR5-6400 memory. The system used an MSI GeForce RTX 3090 Ti SUPRIM X, all connected to a 1500W power supply.

As testing has shown, the engineering version of the Raptor Lake processor provides an increase in all games and benchmarks, especially in processor-dependent ones. The increase was 11-28% compared to the Core i9-12900KF results. In purely gaming tasks at 1080p resolution, the increase was 4.46% on average. 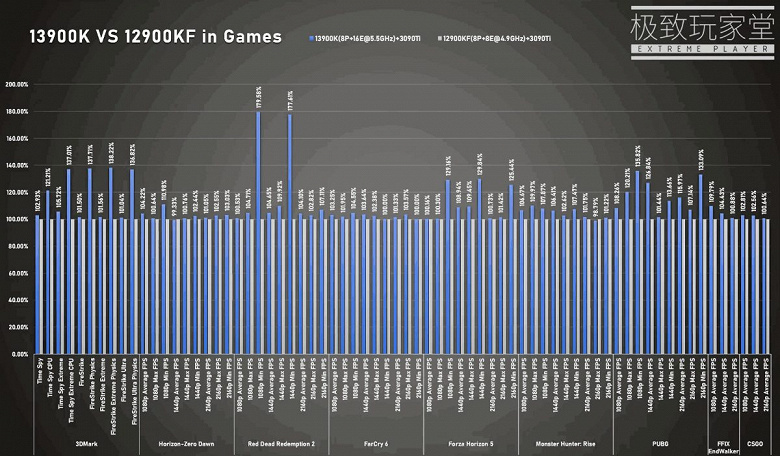 At the same time, the newer processor turned out to be more gluttonous. In different games, the processor began to consume more power – from 3 to 44 watts more than the average value. Moreover, the resolution of the game had almost no effect on this. 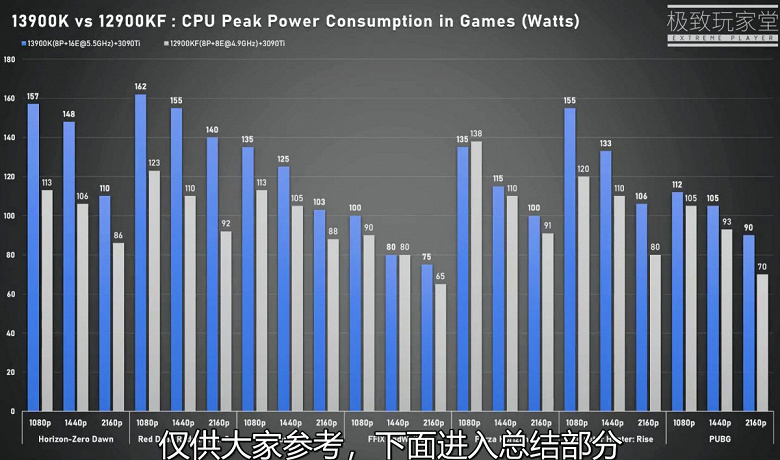 Intel is expected to announce its new processors in September, and they will go on sale in October.