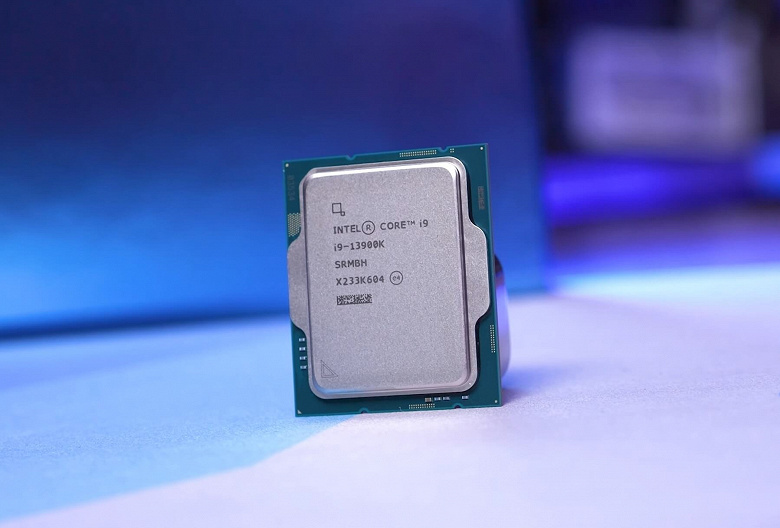 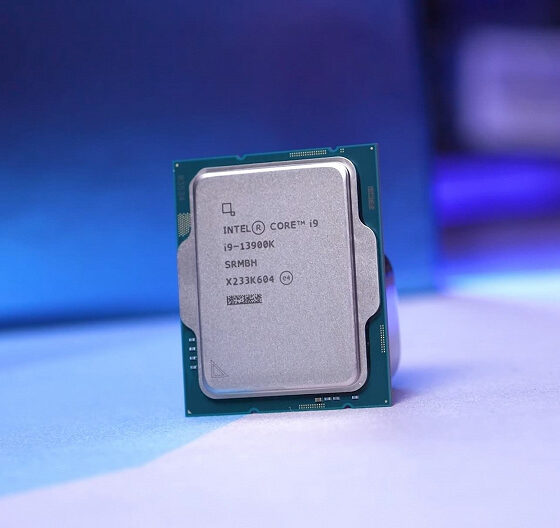 Today is the day of the start of sales of Intel Raptor Lake processors, and at the same time the day of publication of reviews. Finally, we can find out what new products led by the Core i9-13900K are capable of.

Let’s start with the general results. As you can see, they are remarkably in line with the Ryzen 9 7950X. The difference of 0.4% in favor of the latter, of course, can be omitted. At the same time, the new Intel flagship is about 15% faster than its predecessor. However, modern high-end CPUs with a large number of cores are very dependent on software and its optimization. When choosing such a processor, users should first of all focus on those programs that are of interest to them for their tasks.

Therefore, if you still look more closely at the test results, you can highlight several aspects.

For example, in rendering tasks (Blender, Corona, Keyshot, V-Ray), the Core i9-13900K cannot compete with the Ryzen 9 7950X. AMD’s flagship is faster, and sometimes quite noticeable. But, for example, console emulators feel much better on the new Intel CPU. In scientific simulation software, the results are different, and it all depends on the specific program, a similar situation with video encoding and applications for working with AI.

That is, talking about parity between the Ryzen 9 7950X and the Core i9-13900K can only be very conditional. Test programs can be chosen in such a way that at least the first or second CPU seems to be significantly more productive. 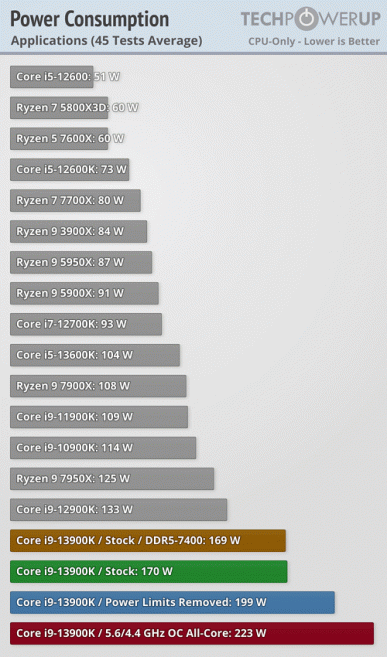 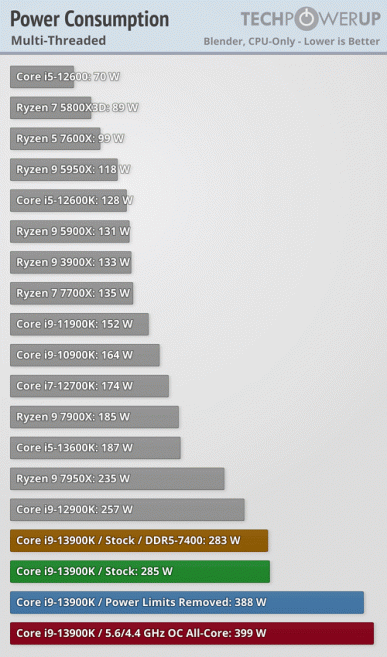 But what can be said unambiguously is energy consumption. Already the last generation of Intel, with its impressive performance, was given to the company at the cost of a huge jump in consumption. This generation has gotten even worse. 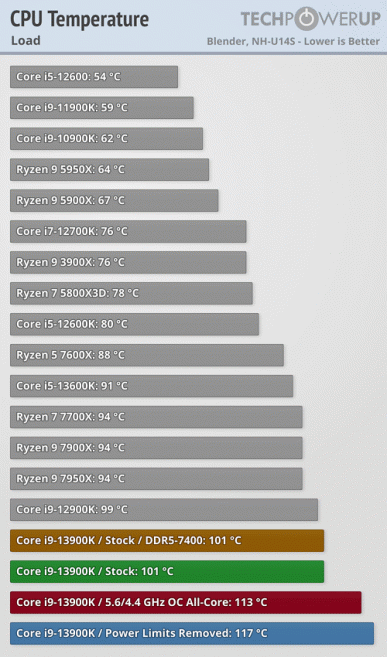 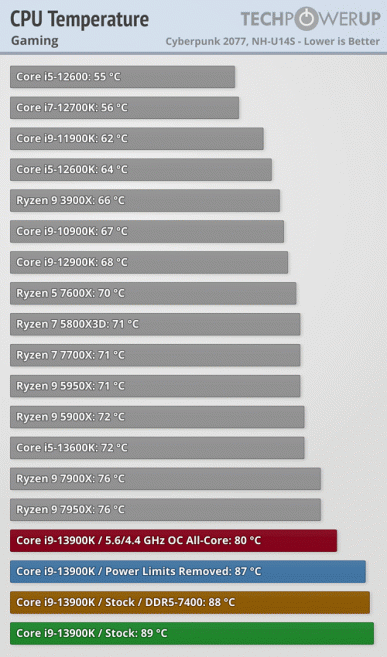 If we talk about the average for 45 applications, everything is much better, but still not in favor of the new Intel: it consumes 170 W against 133 W for the Core i9-12900K and 125 W for the Ryzen 9 7950X. That is, while AMD with Ryzen 7000 on average caught up with Alder Lake in terms of power consumption, Raptor Lake jumped even further.

And this applies not only to consumption, but also to heating. If the Ryzen 7000s seemed too hot, then the Raptor Lakes easily beat them. The flagship of the new generation under load in the form of the same Blender when using the Noctua NH-U14S cooler heats up to 101 degrees out of the box and up to some impossible 117 degrees when the power limits are removed. In games, the average temperature is 89 degrees.

The bottom line is that the Core i9-13900K averages the Ryzen 9 7950X in apps, it’s slightly faster in games, it’s much hotter and uses a lot more power, but it’s also cheaper.