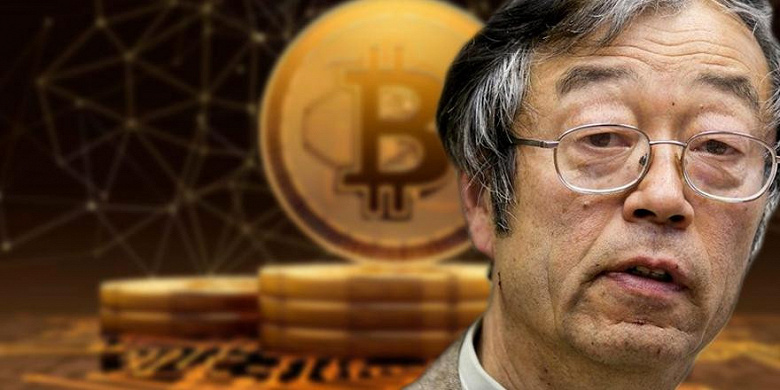 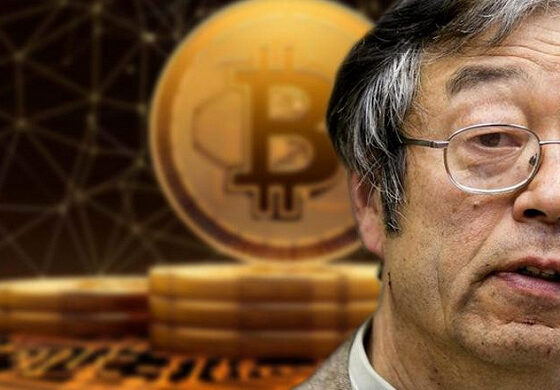 The CIA may be involved in the disappearance of Satoshi Nakamoto

In August 2008, the bitcoin.org domain was registered on the network, and soon a description (White Paper) of the Bitcoin cryptocurrency was published on it. A certain Satoshi Nakamoto was listed as the author, and his email address was also indicated. Soon, information about the project began to circulate in mailing lists and on forums of cryptography lovers.

In January 2009, the Bitcoin network was launched and Nakamoto produced (“mined”) the first block of the blockchain. During this early period, Satoshi actively exchanged messages with other developers and collaborated with them on improving the software for the nodes (nodes) of the network.

In mid-2010, he sent the bitcoin source code to programmer Gavin Andresen and licensed the domains to a number of prominent members of the bitcoin community – and retired from the project. His latest emails are dated April 26, 2011.

The whereabouts, however, as well as the real existence of Satoshi Nakamoto, the alleged creator of the first digital currency and Bitcoin ecosystem, are considered one of the greatest mysteries of the cryptocurrency community.

The other day, Pete Rizzo, editor of Bitcoin magazine, suggested on his Twitter that the US Central Intelligence Agency (CIA) could be behind the sudden disappearance of Nakamoto. He established a possible link between the visit of former Bitcoin Foundation lead developer and current Bitcoin Foundation chief scientist Gavin Andresen to a meeting at the CIA in June 2011 and the disappearance of Satoshi Nakamoto.

Rizzo’s tweet contains a screenshot of Andresen’s post from the bitcointalk.org forum, where he wrote that he had accepted an invitation from intelligence agencies to discuss Bitcoin. Rizzo claims that after Andresen’s visit to the CIA, Nakamoto was “never seen again”. 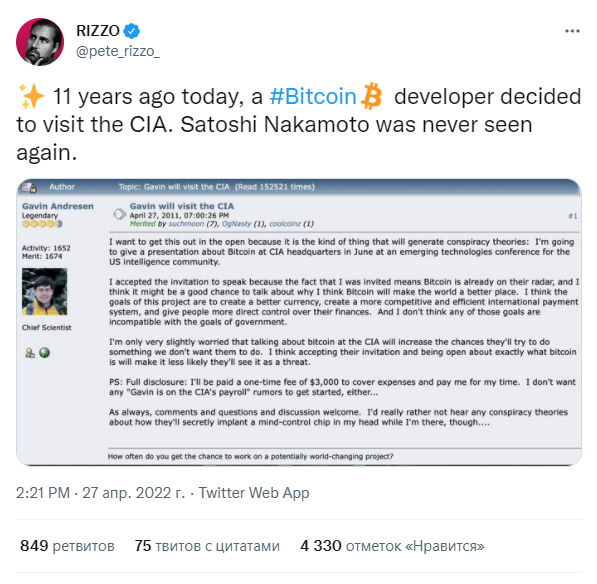 Andersen saw the CIA presentation as a chance to dispel misconceptions about the project and an ideal opportunity to discuss how the then-new blockchain system would help improve the world with a “better currency”, increase competition, remove barriers to international payments, and give people greater financial independence. operations.

“I don’t think any of these goals are incompatible with the goals of the government,” Andresen said.

However, the developer has expressed some concerns about his upcoming visit. He said he was concerned about the attention of the secret service, which has the ability to influence the development of the project and force developers to do what they do not want.

According to Forbes, on April 26, 2011, Nakamoto emailed his fellow developers that he was moving on to other projects. That is, Nakamoto left the project called “Bitcoin” a few months before Anderson’s presentation to the CIA in June 2011. However, the known dates of Nakamoto’s last reports do not disprove the theory that the CIA may have been involved in his disappearance.

The story of Satoshi Nakamoto, a mysterious developer or group of crypto enthusiasts, is an interesting and memorable brand story. Nakamoto is unlikely to ever reveal his identity, but his story will continue to maintain a strong emotional connection between the first cryptocurrency and its users, as well as distinguish the Bitcoin ecosystem from competitors, where the creators are known, and often widely public.