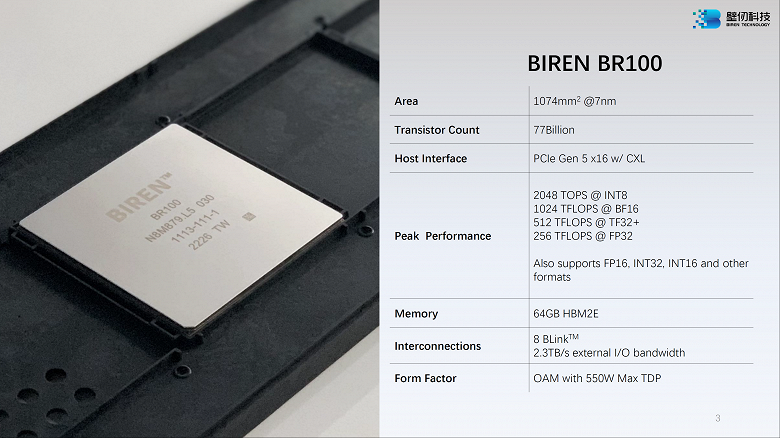 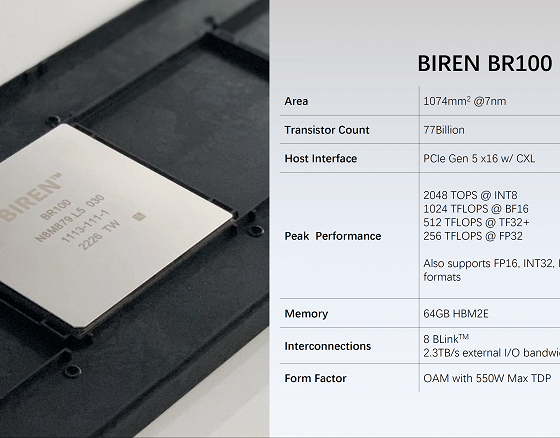 The Chinese have created a monstrous GPU with 64 GB of memory, consisting of 77 billion transistors, which should be at the level of Nvidia H100

It is still difficult to say when China will have a gaming video card of its own design that can compete with current Nvidia and AMD solutions, at least in the middle class, but China already has a general-purpose graphics accelerator that is capable of this.

Birentech introduced the Biren BR100, a general-purpose GPU for AI-related tasks. It is the largest and most powerful GPU made in China on its own architecture. And it is quite impressive even in comparison with AMD and Nvidia solutions. 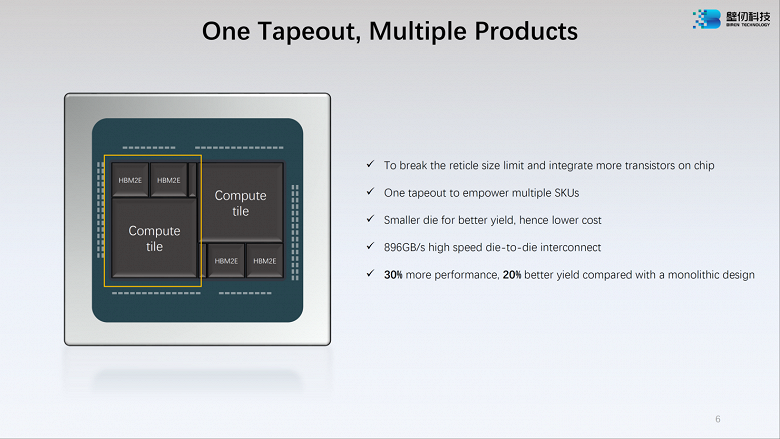 The GPU is manufactured at TSMC’s facilities using a 2.5D CoWoS design using a 7nm process technology. In fact, Biren BR100 is two GPUs on one substrate. As you can see in the image, there are two dies with compute units, and each has two HBM2e memory stacks. The memory bandwidth is 2.3TB/s. You can also note the support for PCIe 5.0 and TDP up to 550 watts. The finished solution will be released in the OAM form factor. 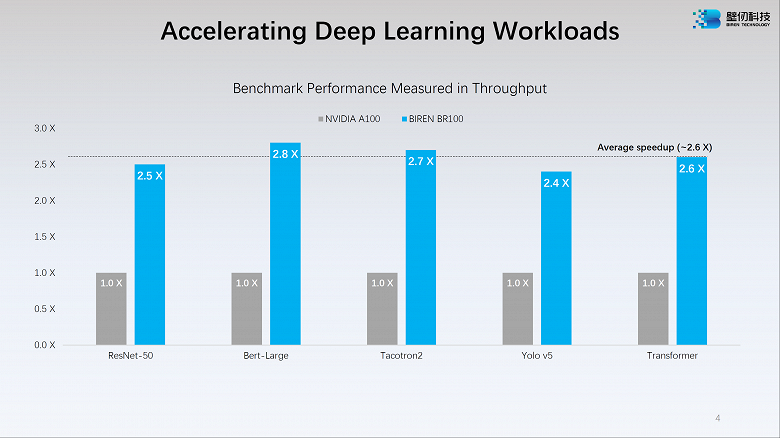 The performance of this monster, according to Birentech itself, is 2-3 times higher than that of the Nvidia A100, that is, supposedly at the level of the latest Nvidia H100 based on the Hopper architecture, which has not even entered the market yet. If the Chinese development really is at least about as productive in real tasks, this will be a breakthrough for companies from the Middle Kingdom.