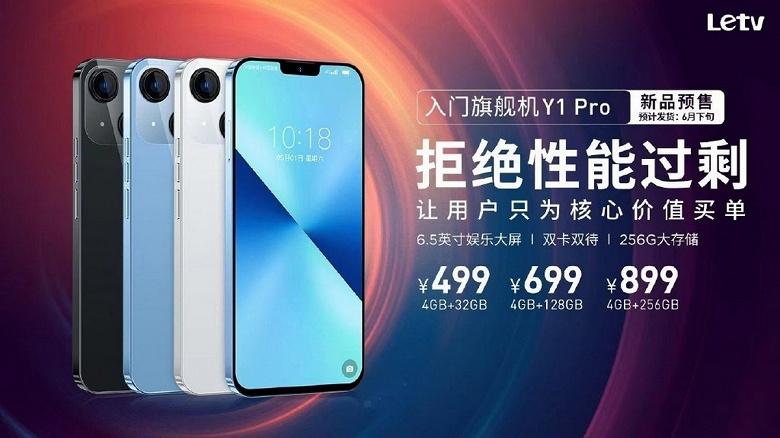 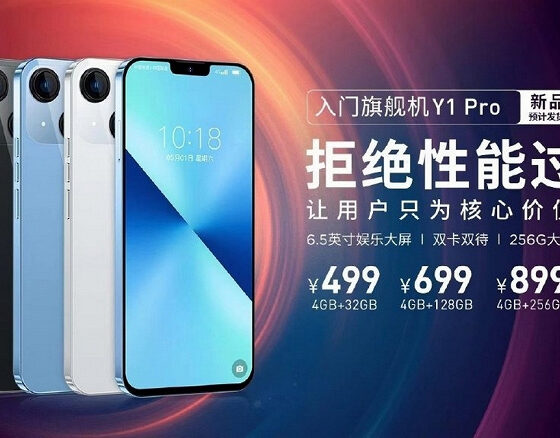 The Chinese clone of the iPhone 13 is 10 times cheaper than the original. Smartphone LeTV Y1Pro is offered at a price of $75

LeTV has unveiled a new smartphone that clearly wants to be like the iPhone 13, while it costs more than 10 times less. Yes, the LeTV Y1Pro is offered for just $75 for the 4GB/32GB version.

If not for the deliberately enlarged main camera modules, then the similarity would be even greater. On the front, we see a well-known bang, which Apple may abandon in half of the models in the iPhone 14 line.

The screen diagonal is 6.5 inches, there is support for face recognition of users. The characteristics of the camera are not reported, but it is known that it has two modules, and various popular modes and beautifiers are available. 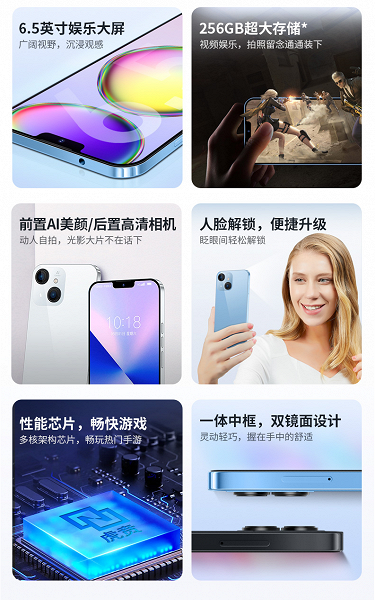