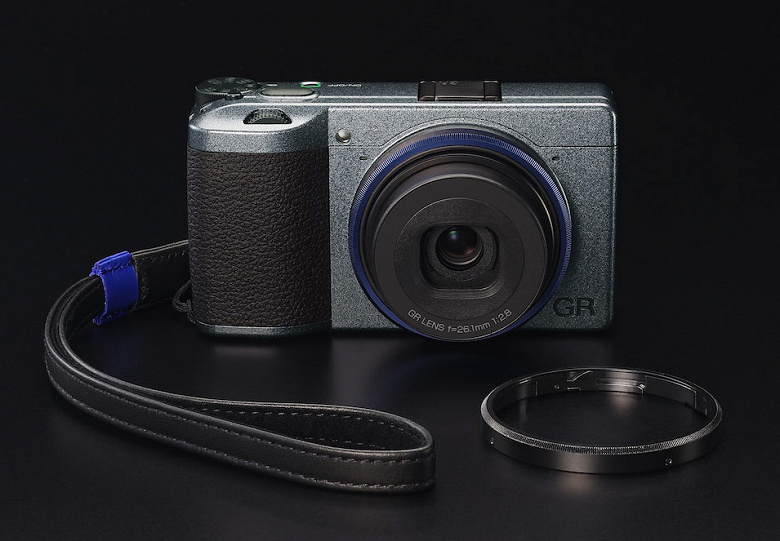 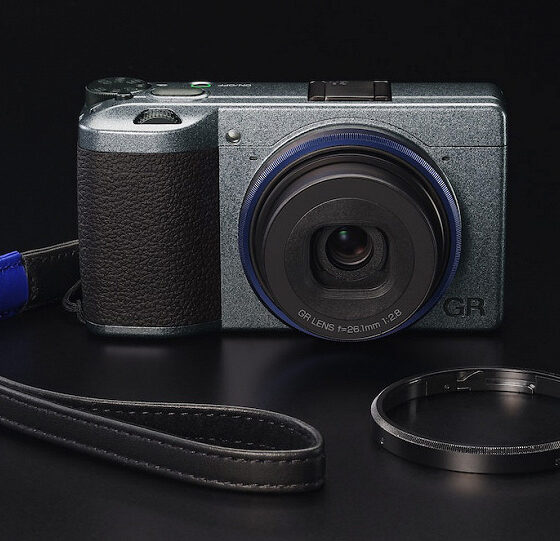 Ricoh has announced the sale of the Ricoh GR IIIx Urban Edition Special Limited Kit, which includes a special version of the GR IIIx camera and matching accessories. The camera in the kit differs from the basic model in appearance, new exposure and focus modes.

As for external differences, the main color “metallic gray” is complemented by a blue ring around the base of the lens. The set includes a leather hand strap and a metal cap for the hot shoe. According to Ricoh, the blue “was chosen to represent typical street photography images, such as the dark blue sky reflecting in a puddle after rain, or the bright neon signs of a city that never sleeps.” Gray metallic, according to the manufacturer, “reminiscent of the sandy tones” of the urban landscape.

New modes include the Snap Distance Priority mode, in which you can save the focus distance and the desired depth of field (DOF) in advance, after which the camera allows you to quickly recall these settings. If you set the focus to the hyperfocal distance, this setting is especially useful for taking quick photos.

Instead of covering the entire image field, Auto Area AF (Center) only works in nine focus areas around the center of the image field, preventing the camera from focusing on secondary elements.

The next mode allows you to make it so that when you press the shutter button halfway, only autofocus is blocked, but not metering.

In addition, a 3.5 m distance setting has been added to the Snapshot mode, and a long press on the monitor during playback allows you to instantly call up the playback function selection menu.

The manufacturer promises that the new exposure and focus modes will also appear in the base GR IIIx camera with a firmware update that will be released next month. Then the described set will also be on sale. It will cost $1099.