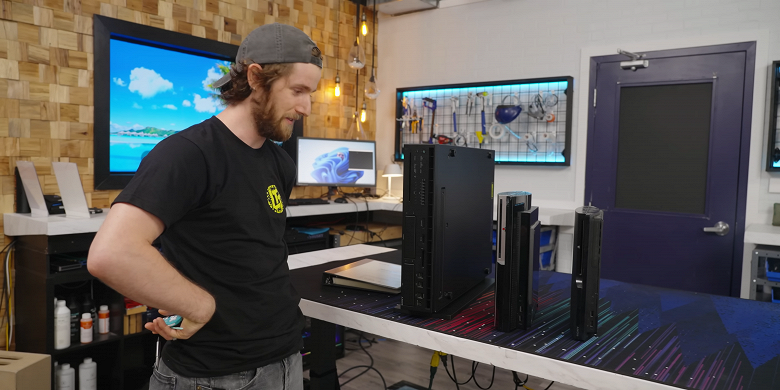 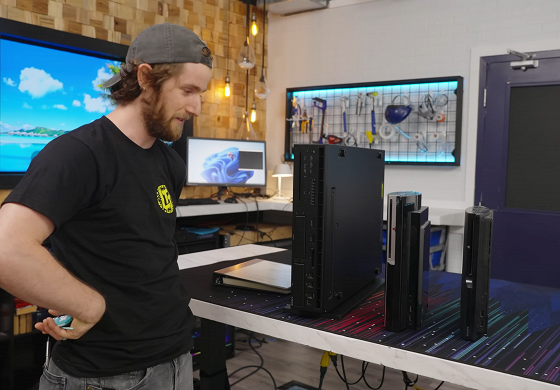 The blogger demonstrated the PlayStation 3 for developers, which weighs 18 kg

The author of the YouTube channel Linus Tech Tips demonstrated the PlayStation 3 to developers – the so-called devkit. On it, the blogger was able to run early versions of Little Big Planet, Life Is Strange and Gears of Wars 3, although they had errors. In particular, games ran at low frame rates.

The height of this version of the PlayStation 3 is over 60 cm, and the console weighs more than 18 kg. The device was produced under the number DECR-1000A in the spring of 2005. Such consoles were sent to the studio, although their cost was not announced. The author of the video suggested that the console cost about 50 thousand dollars.

Inside, there are two 400 GB hard drives, 512 MB of RAM, a video card based on the NV47 chip, and a separate chip that ensures the operation of the web server. Power is provided by a 1000 W unit, and a massive radiator is responsible for heat dissipation. There are also a number of ports that are dedicated to debugging. They were not in the release version of the console.

In the firmware of the console, the blogger found a number of parameters that allowed him to test and debug games, change the region settings and video resolution, and also emulate the operation of Blu-ray discs. Used the latest PS3 release firmware for today.

And at the end of the video, the blogger showed a prototype of the PlayStation Vita portable console. It could not be launched, since it only works in tandem with a devkit and in the presence of a special version of the firmware, which the author did not have.