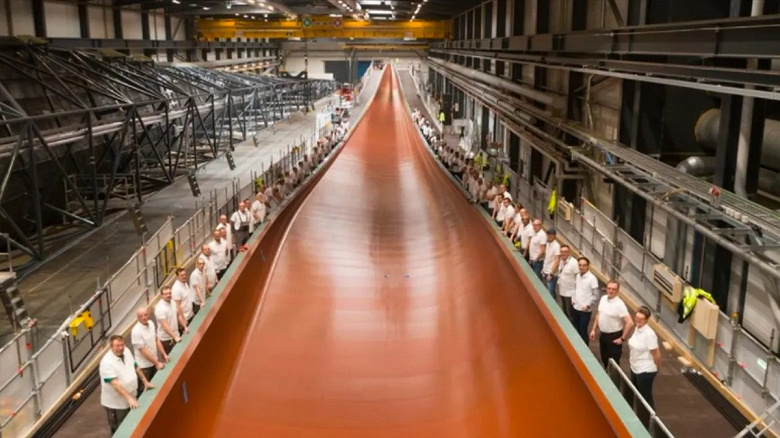 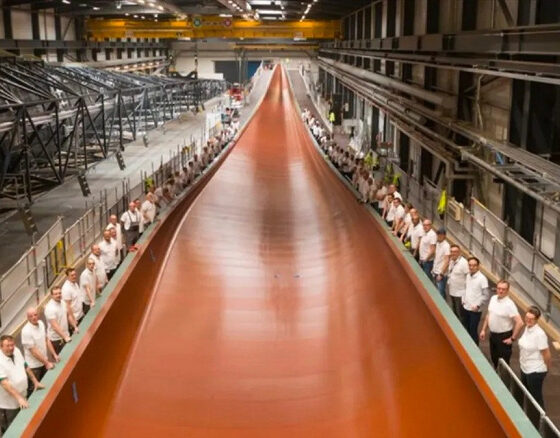 The blade is 115 meters long. Siemens Gamesa starts production of B115 blades for giant wind turbines

Siemens Gamesa announced the start of production of B115 blades for huge wind turbines.

The name of the blade indicates its length – 115 m. To assess the scale of the giant element, the creation of which was made possible thanks to the RecyclableBlade technology, the company shot a short video.

Such blades will be used on the SG 14-236 DD turbine, which will generate 14 MW of power with a rotor diameter of 236 m. The wind generator will use three B115 blades.

The prototype SG 14-236 DD will be tested at the end of this year at the company’s test site. When such wind turbines will be used in some power plants is still unknown.

By the way, despite the gigantic dimensions of both the blades and the installation itself, it will not be the largest in the near future. As we have already said, MingYang Smart Energy’s MySE 16.0-242 turbine will have blades with a length of 118 m each, and the power will reach 16 MW.