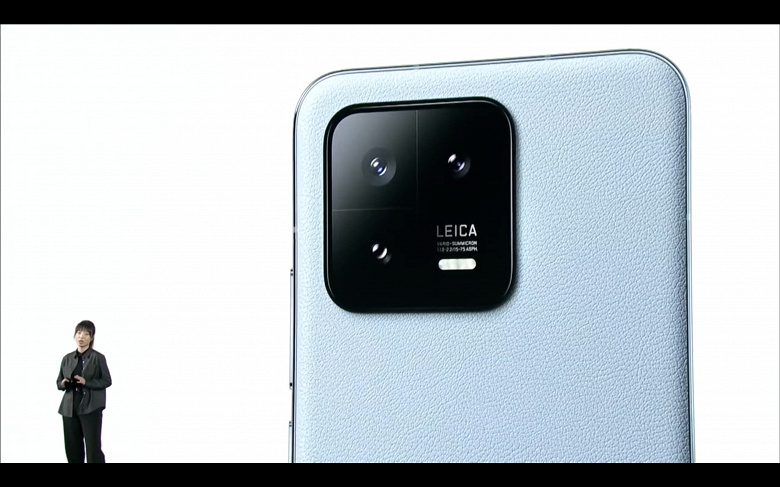 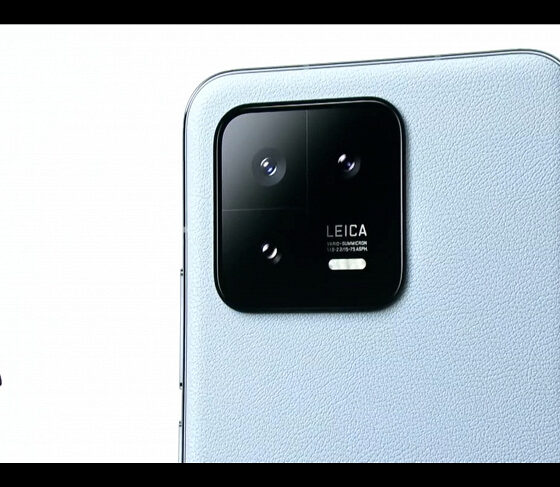 Xiaomi today officially introduced the flagship smartphone Xiaomi 13. Compared to its predecessor, the dimensions have not changed much (the screen diagonal is now 6.36 inches versus 6.28 inches for Xiaomi 12), but there have been important changes inside.

Xiaomi 13 is built on a powerful SoC Snapdragon 8 Gen 2, which is cooled by a cooling system with a vapor chamber with an area of ​​4642 mm2. The developers say that in the same tasks, Xiaomi 13 heats up much less than the iPhone 14, and the performance of the phone does not suffer under prolonged load (while the iPhone 14 has throttling and performance drops). The SoC is paired with fast LPDDR5X RAM and UFS 4.0 flash storage. 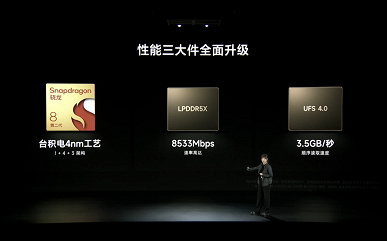 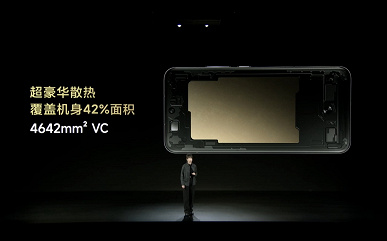 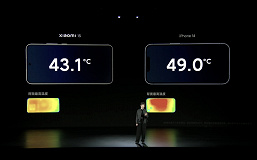 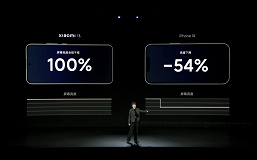 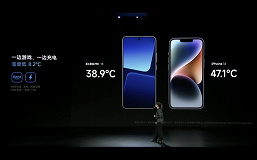 Xiaomi 13 received the best Samsung OLED screen available at the moment – the E6 generation. The panel is flat, with a very thin screen bezel (of course, thinner than the iPhone 14). Resolution – Full HD +, frame rate – 120 Hz. The most important thing is the high maximum brightness. In normal situations, it is 1200 cd / sq. M, and when playing HDR content, it can rise to 1900 cd / sq. M. 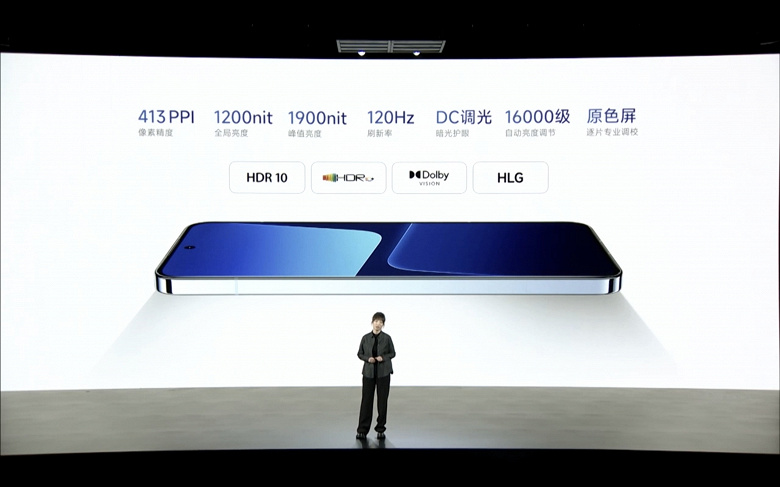 Xiaomi 13 received once again an improved Leica camera, and this time what has been waiting for a long time has happened: a telephoto lens has appeared that provides an optical zoom of 3.2x (this module has a 10-megapixel sensor with a fast lens with 75 mm EGF). 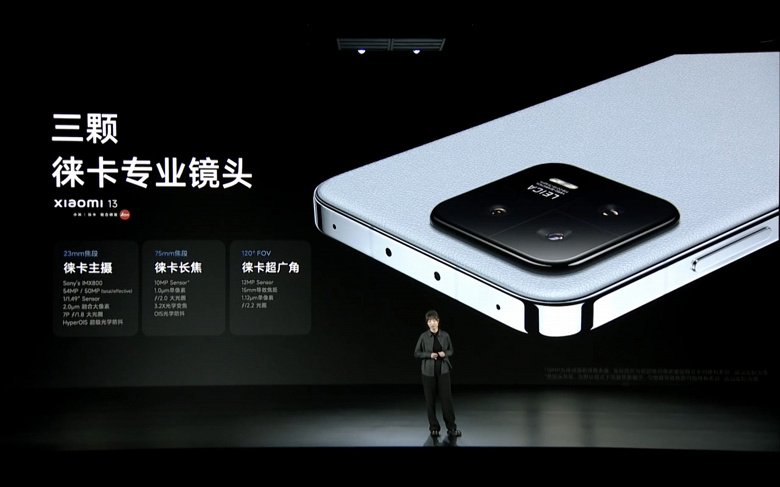 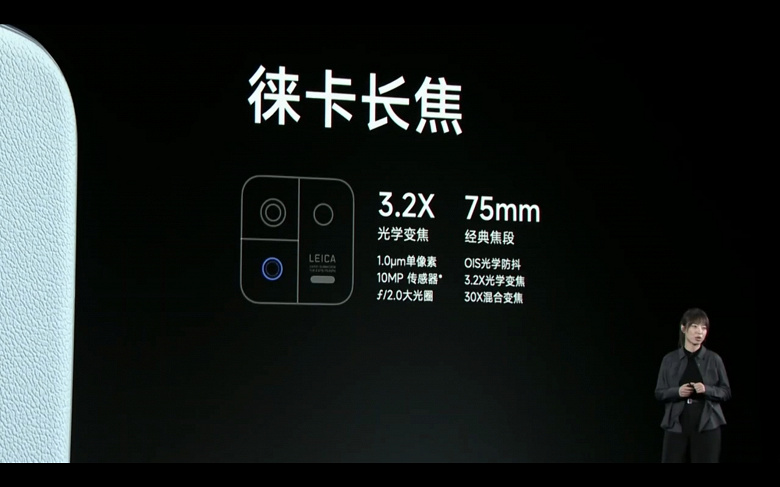 But the main sensor is different – Sony IMX800 with an optical format of 1 / 1.49 inches and a resolution of 54 megapixels. The module with it uses a Leica Summicron lens with a focal length of 23 mm and a Hyper OIS stabilization system. 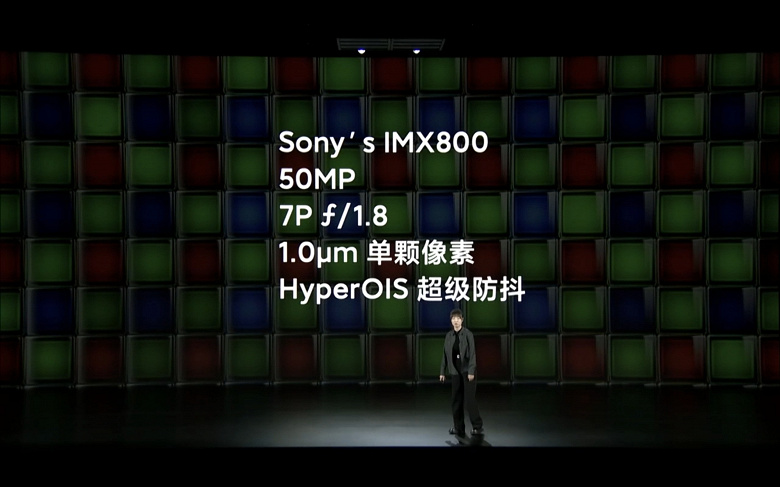 The third module has a 12-megapixel sensor and an ultra-wide-angle lens with 15 mm EGF. 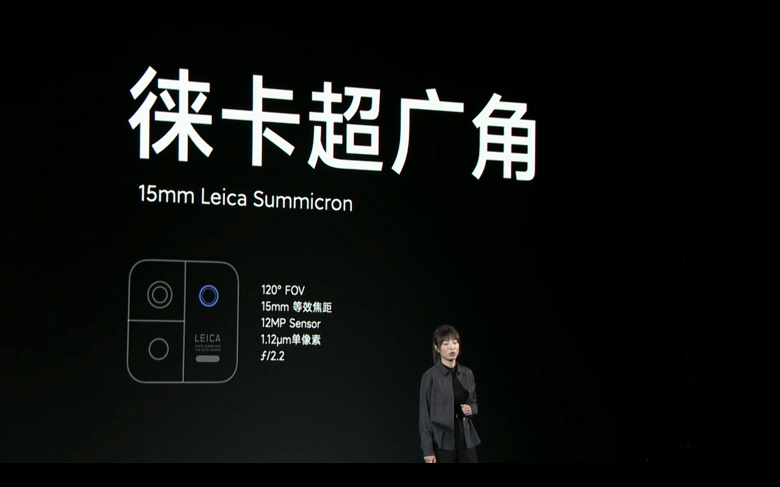 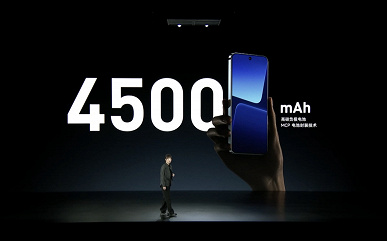 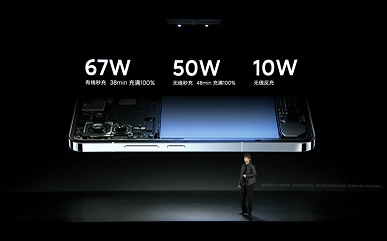 The phone is 7.98 mm thick and weighs 189 grams. The device is protected from dust and water in accordance with the degree of IP68. 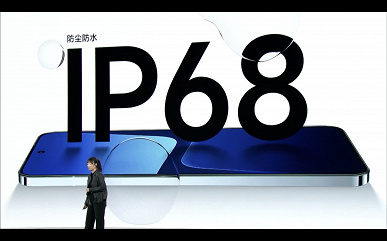 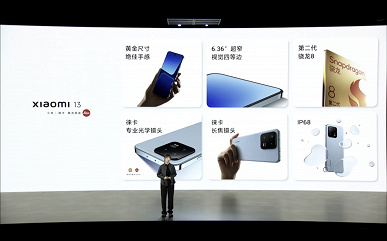 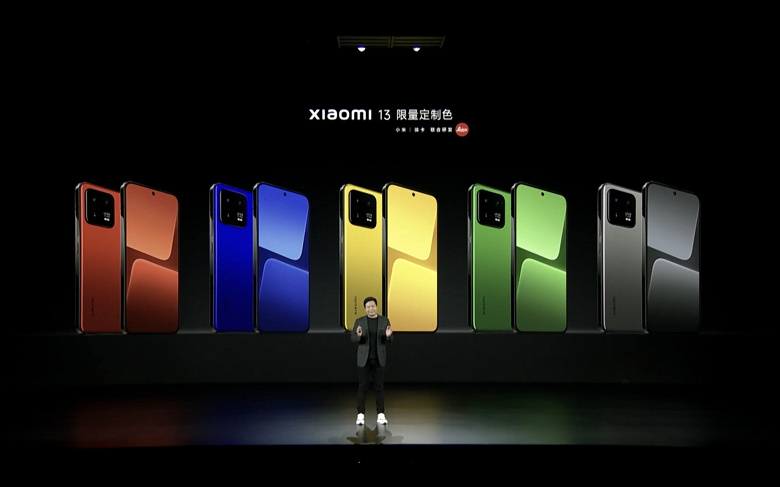 In addition to the standard colors (three options – with a glass back panel, one (blue) – with a coating called “nano-leather”), Xiaomi 13 will have four alternative ones inspired by the colors of sports cars (here the cover is framed with glass). Xiaomi 13 in these colors has a maximum memory (12/512 GB), but the price is the same as the top regular version – $ 720.