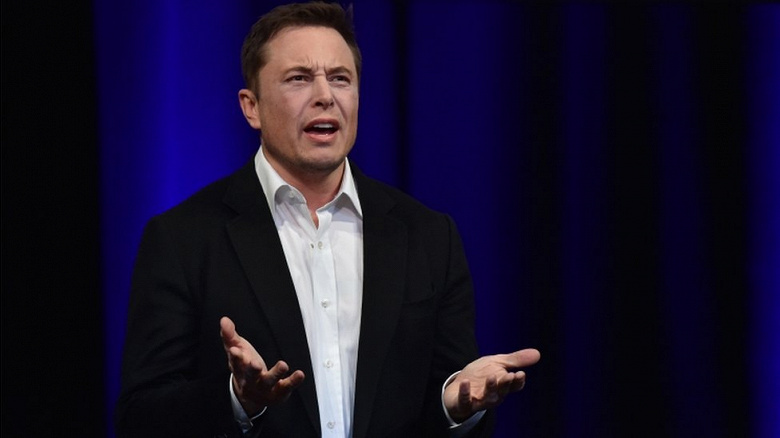 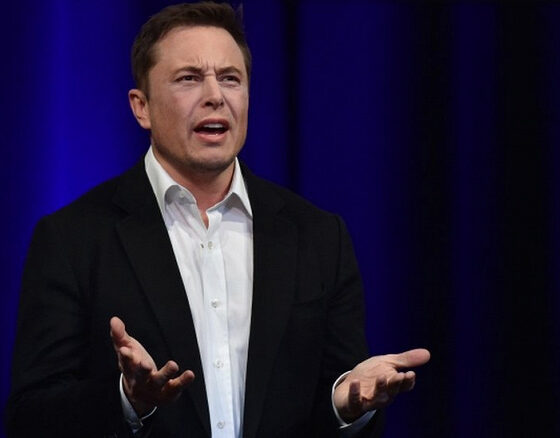 “Tesla has created over 50,000 jobs and is investing twice as much in electric vehicles as GM and Ford combined.” Elon Musk sharply responded to the President of the United States on Twitter

In one of the latest messages on Twitter on behalf of the official account of US President Joseph Biden, General Motors and Ford are talking about large-scale injections into the electric car industry.

And of course, Elon Musk, whose company in the White House continues to be diligently ignored, could not help but react to such a statement. In response, he wrote:Tesla has created more than 50,000 U.S. EV jobs and is investing more than twice as much as GM and Ford combined“. And below he added:for the person who controls this Twitter“. As with many similar cases, Musk’s response received far more likes and retweets than the original post. 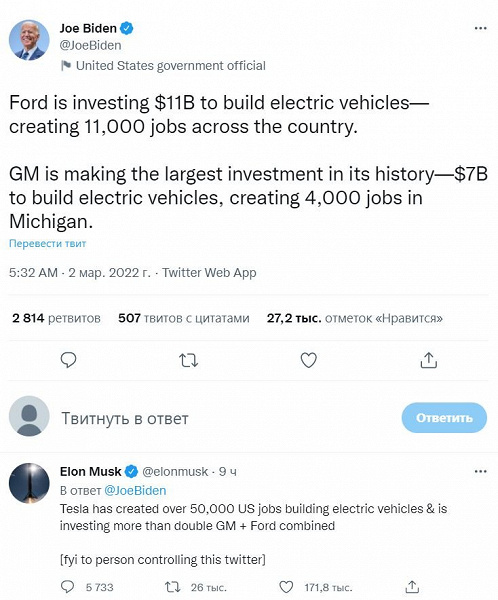 Musk has repeatedly complained about the bias towards Tesla from the current US administration. Last year, the head of the largest US electric vehicle manufacturer was not invited to the White House for an event that discussed the development of the electric vehicle industry in the US. Representatives from GM, Ford and Stellantis were there, but Musk was not called. Since then, the White House, judging by the latest statements, continues to ignore Tesla and the merits of Elon Musk personally in the popularization of electric vehicles.