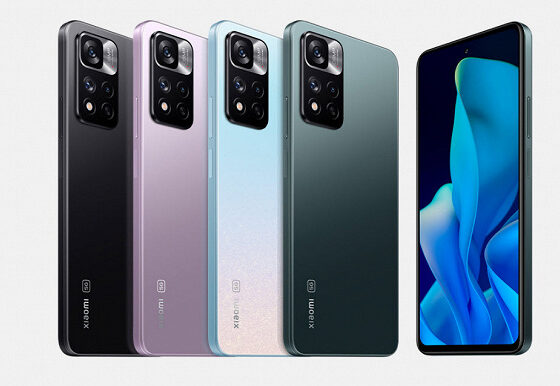 Xiaomi India hosted an event today to unveil the Xiaomi 11i smartphone, which has become a more affordable version of the flagship Xiaomi 11i HyperCharge model.

Xiaomi 11i is based on the Dimensity 920 single-chip system, it received 6/8 GB of RAM, which can be expanded by 2/3 GB. The volume of flash memory is 128 GB, the smartphone supports memory cards with a capacity of up to 1 TB.

The Xiaomi 11i has a 6.67-inch Super AMOLED display with 1080p resolution with a 120 Hz refresh rate, which is covered with Gorilla Glass 5. The front is a 16-megapixel selfie camera. The main camera uses image sensors with a resolution of 108, 8 and 2 megapixels.

The battery capacity of the Xiaomi 11i is 5160 mAh, while it supports fast charging with a power of 67 watts. The smartphone runs on Android 11 operating system with MIUI 12.5 shell. It has a vapor chamber for efficient cooling, as well as a side-mounted fingerprint scanner, despite the OLED panel.

It is important to note that a 67W power supply is included in the standard package.

Sales will begin on January 12th in India.