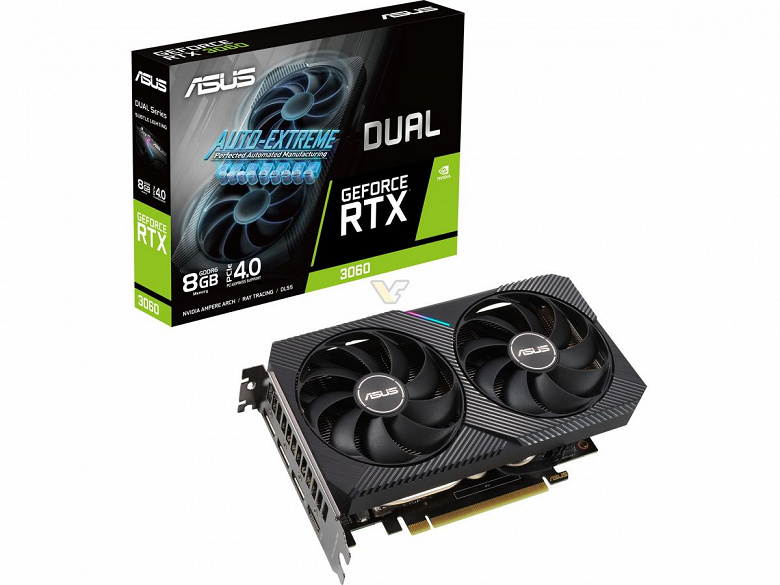 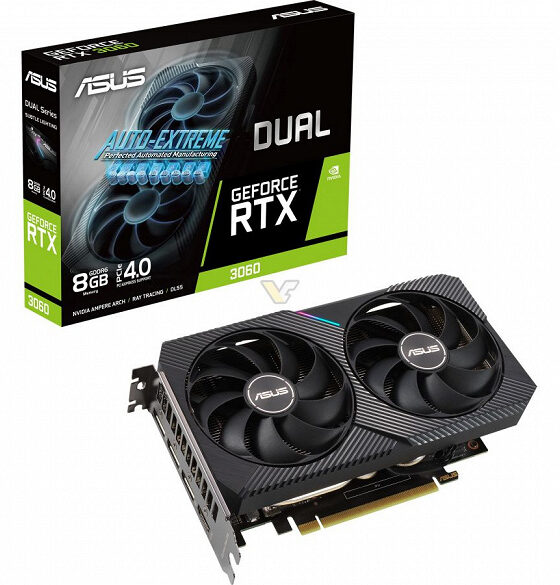 New older generation Nvidia graphics cards are indeed coming out, just like the leaks said. First, Asus introduced the GeForce RTX 3060 Ti with GDDR6X memory, now the RTX 3060 with 8 GB of memory has appeared in the assortment of Asus and Manli. Recall that the original model has 12 GB of memory.

Unlike the updated RTX 3060 Ti, where everything was limited to faster memory, in this case it’s not only about the amount of this very memory. The memory bus of the new version has become narrower: now it is 128-bit versus 192-bit. And this automatically means that the throughput has decreased from 360 to 240 GB / s.

At the same time, the memory frequency remained the same (15 GHz), and all other parameters did not change. Thus, if a card of this level would hardly become at least somewhat slower due to a decrease in the amount of memory, then cutting the bus will clearly have an effect in this way. But how much, the tests will show. In theory, the new version should be cheaper, but this is also to be tested in practice.