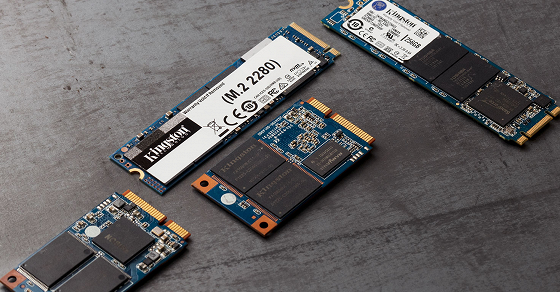 SSD prices could halve by mid-2023

While memory manufacturers are cutting back on 3D NAND, the glut of memory chips and SSDs is so significant that their prices will continue to fall in the coming months, Trendfocus analysts said. As a result, SSD prices could halve by mid-2023.

A slowdown in demand for PCs from consumers, as well as some businesses, naturally means lower demand for all kinds of computer components, including processors and video cards. But products such as 3D NAND, memory modules and solid state drives are suffering more than other categories from falling demand. The main reasons are that they are relatively easy to manufacture, there are many competitors in the market, and finished products are usually stored in their warehouses before they are purchased by PC manufacturers, component manufacturers or resellers.

In recent weeks, Kioxia has said it will cut 3D NAND wafer production by 40% from October 1, while Micron said it will slow down 232-layer 3D NAND production. This memory is designed for the best SSDs with sequential read/write performance in excess of 10 GB/s. Both companies have a lot of 3D NAND in stock, while SSD manufacturers have a lot of drives in their inventory that they need to sell.

The Crucial P3 500GB M.2-2280 drive is currently available for $44 on Amazon, which is 8.8 cents per gigabyte. There are even cheaper 2.5-inch PNY CS900 500 GB SATA drives that sell for $31, or 6.2 cents per gigabyte. While retail prices for 3D NAND bits are already low, Trendfocus expects flash manufacturers to offer nearly 40-50% price cuts by mid-2023, further driving down the cost of SSDs as well as their retail prices.

It is not known exactly how many SSDs are in stock from dozens of manufacturers, but Trendfocus suggests that it will take at least two quarters for cloud companies and PC makers to master the drives already in production.