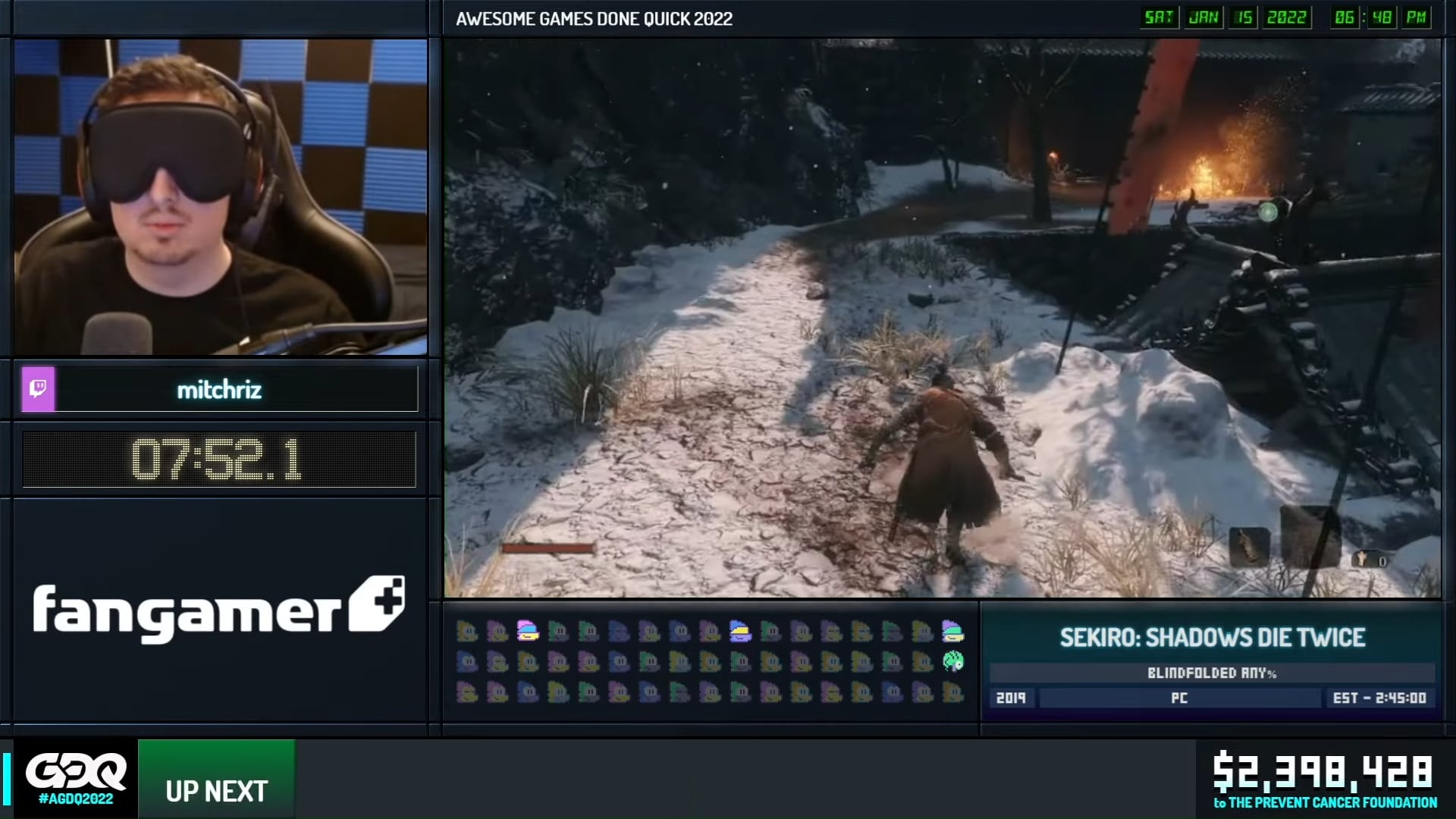 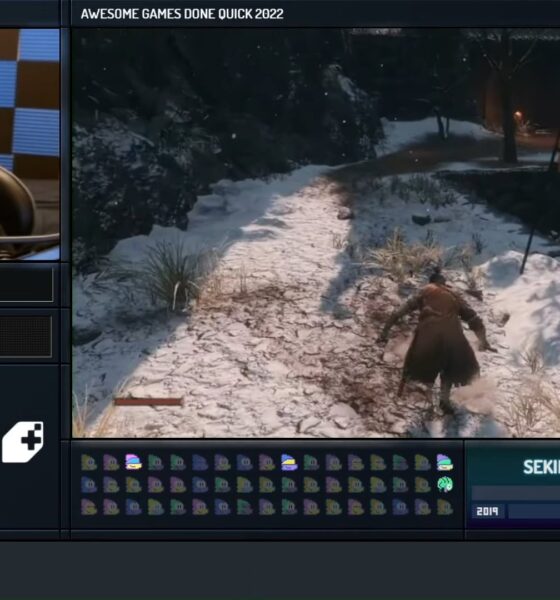 While the annual marathon Awesome Games Done Quick has just ended, it’s time to look back on the highlights of this unmissable event. Organized at the start of each year, this celebration of the speed run invites several dozen streamers to finish their favorite games as quickly as possible—all for a good cause: this 2022 edition will have raised more than 3.4 million dollars (2.9 million euros) for the NGO Prevent Cancer Foundation.

But the real attraction of last week is undoubtedly the incredible performance of Mitchriz, a speedrunner who completed his blindfold Sekiro: Shadow Die Twice, the hardcore title from FromSoftware.

Mitchriz offers here a terrible lesson in humility for those who think they are the king of the pad after having cheesed a boss of Dark Souls on a Sunday afternoon with his hand in his underpants—here, the extreme speedrunner finishes sekiro, one of the toughest games in FromSoftware’s catalog, in two short hours… all that blindfolded. Just that.

It is an impressive feat based on fundamentals that are altogether logical, but nevertheless spectacular. If you can’t rely on your eyes, memory and hearing become by default the two best allies of players specializing in this kind of blind runs… And if you succeed in finishing a “normal” game under these conditions is already a great effort in itself, finishing a FromSoftware souls-like—moreover, one of the most demanding—is simply extraordinary. The perf is to be seen and reviewed (no pun intended) on the official YouTube account of the AGDQ.

This is not the only run available on the event channel: all the games of the annual marathon are thus available in replay. This beginning of 2022 was marked by the arrival of newcomers like Lost Judgment and DEATHLOOP, a very special run for dead space 2, or even the excellent We Love Katamari whose Japanese runner not only offers an impeccable technique, but also a certain mastery of English all in the fundamentals.