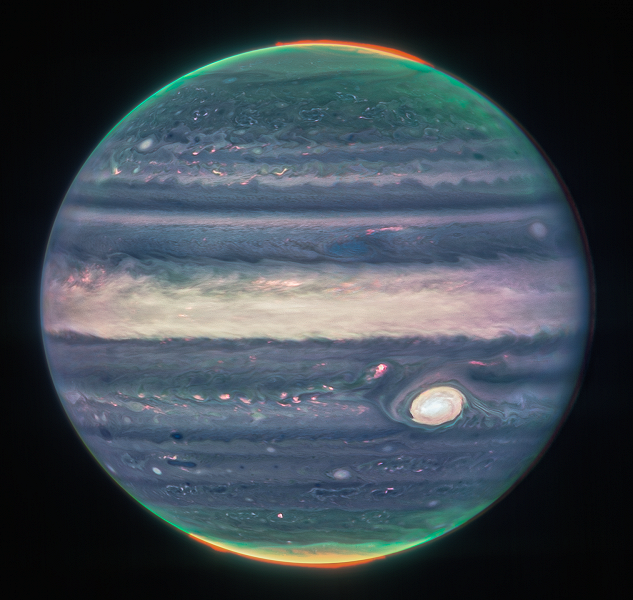 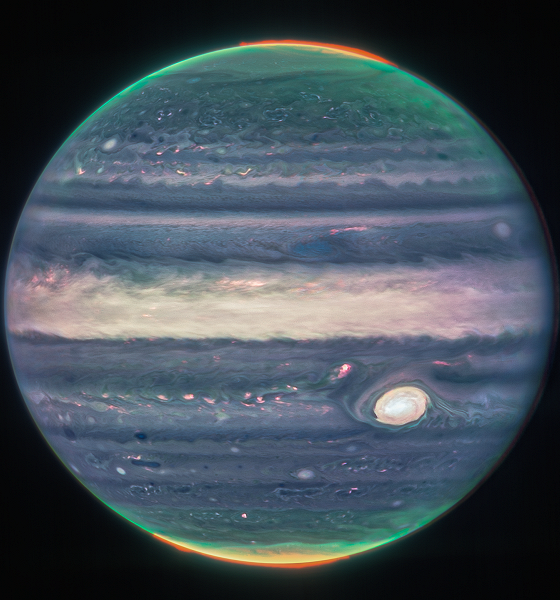 Space has become closer: “James Webb” sent a photo of Jupiter and satellites in high resolution

The James Webb Space Telescope sent high-quality photos of Jupiter that will allow us to learn more about the interior of the giant planet. The images were published by NASA, and Dutch astronomer Imke de Pater, professor emeritus at the University of California at Berkeley, admitted that she did not expect such a good result.

“It’s really remarkable that we can see details of Jupiter along with its rings, tiny moons and even galaxies in the same image,” she said.

The first image was made up of several images taken from the telescope. It shows that the aurora extends to a great height above both poles. It is noted that these images were passed through filters, because some colors look different, and the planet itself is darker. Finally, the Great Red Spot looks almost white – this is also a consequence of the filters. Also, its brightness indicates that the vortex is high. 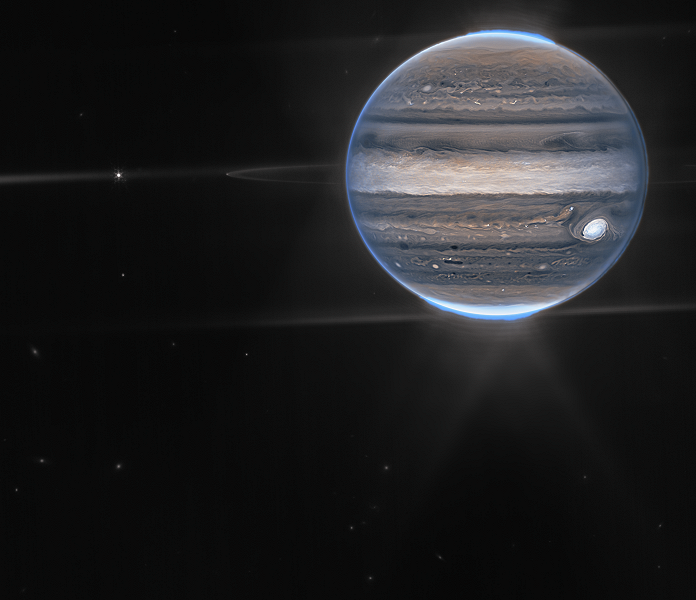 The other two images were taken with a near-infrared camera (NIRCam) that has three specialized filters. This allows you to distinguish the details of the planet when shooting. At the same time, the photo shows already processed images, where the longest infrared wavelengths appear red, and the shortest ones appear blue. 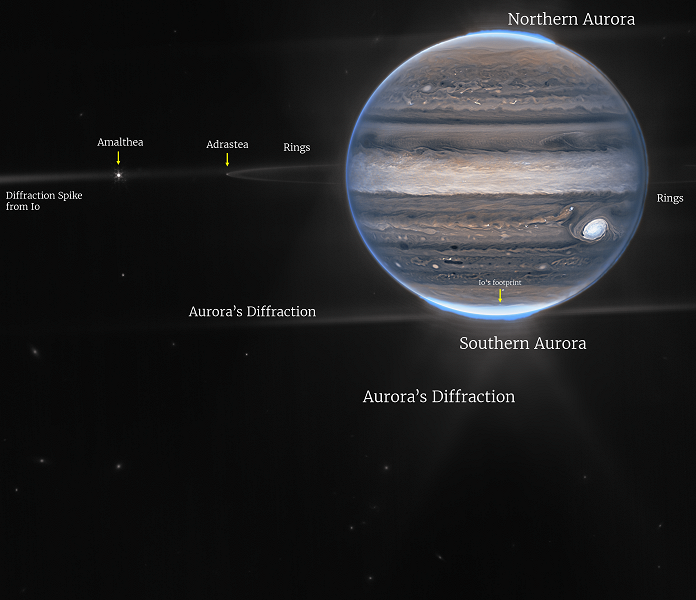 At the same time, the telescope itself runs on a 20-year-old JavaScript engine.