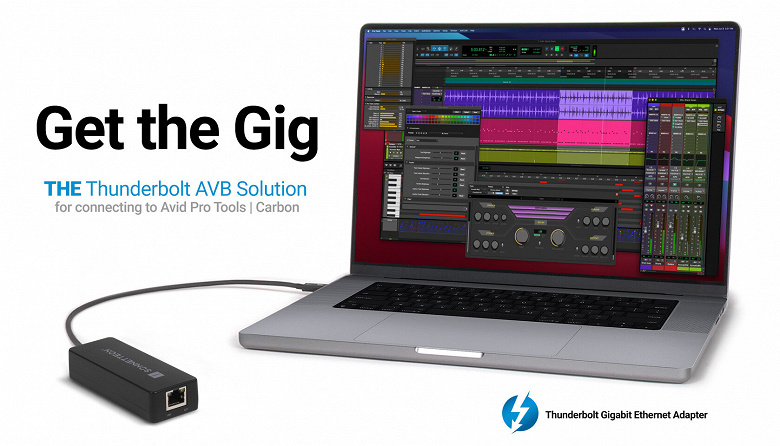 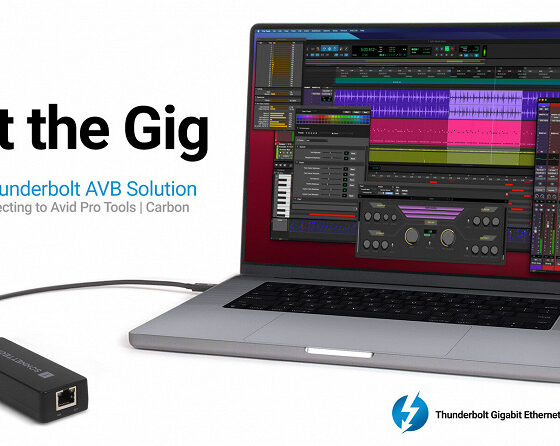 Sonnet Technologies has announced the release of the Sonnet Thunderbolt AVB adapter for Mac computers. This is a compact bus-powered Gigabit Ethernet adapter with AVB (Audio Video Bridging) network support designed for Apple Mac computers with Thunderbolt ports. The adapter is designed for use with the Avid Pro Tools | Carbon used in the process of creating music. It allows MacBook Air and MacBook Pro computers that do not have built-in Gigabit Ethernet ports to connect directly to an Avid interface using a Cat 6 cable.

Behind the AVB name is a set of standards that provide improved synchronization, low latency, and reliable connectivity in switched Ethernet networks. It is designed to overcome the problems associated with trying to connect different analog and digital audio and video equipment together, and to standardize a common connection (Gigabit Ethernet) that allows devices to communicate and operate in perfect synchronization with each other. 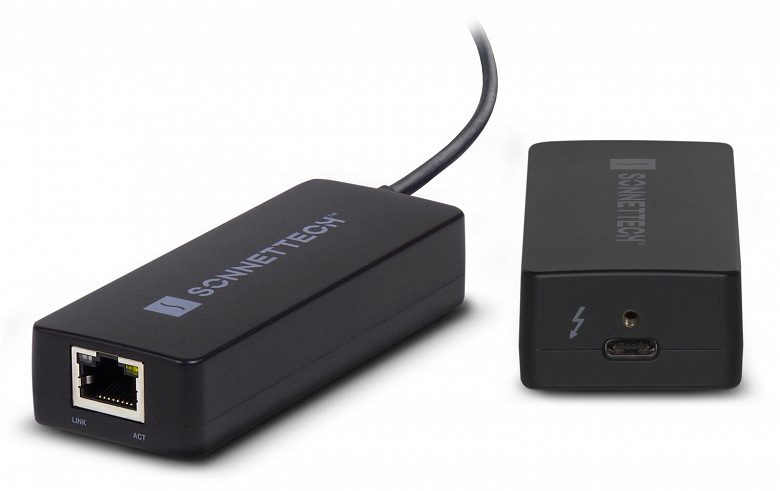 The MacBook Air and MacBook Pro computers are extremely popular for use in professional audio production, but lack the wired Gigabit Ethernet port required for use in many AVB applications. The Sonnet Thunderbolt AVB adapter eliminates this shortcoming. iMac and Mac mini users can use the Sonnet adapter in combination with the built-in Ethernet port, dedicating one port for AVB use and another port for connecting to a standard network or shared storage.