Along with its mid-budget flagship Honor 80 Pro, Honor introduced a new foldable smartphone Honor Magic Vs. Judging by the parameters, the company tried to make the most balanced device in its niche: relatively inexpensive, with good autonomy, performance and camera. And in general, everything turned out that way, and autonomy should be the best in the segment.

Almost with autonomy, the announcement began. The Honor Magic Vs has a battery of two cells, one in each half of the case. The total capacity was 5000 mAh, the maximum charging power was 66 watts. 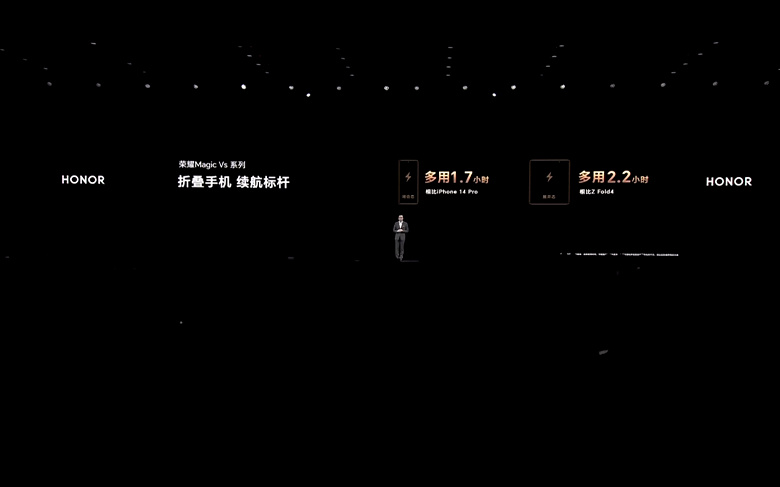 You don’t have to worry about the performance of Honor Magic Vs: the smartphone is based on the SoC Snapdragon 8 Plus Gen 1.

The internal screen is also with an OLED panel, but the frame rate is lower – 90 Hz. The resolution is 2272 x 1984 pixels, the PWM frequency is 1920 MHz. The Honor Magic Vs uses once again modified hinges, the display is designed for 400,000 folding and unfolding cycles.

Honor Magic Vs has two front cameras (in the outer and inner displays), both of which have 16-megapixel sensors. The main camera is completely borrowed from the Honor 70 Pro. The primary sensor is a 54MP Sony IMX800, the ultra-wide lens module uses a 50MP sensor, and the 8MP module is responsible for 3x optical zoom (there is also OIS).