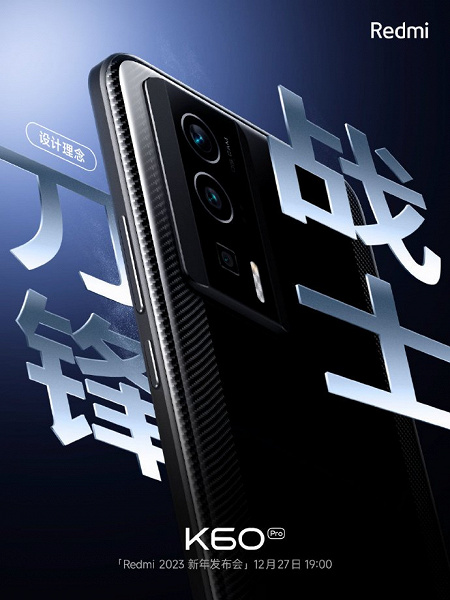 Lei Jun, founder and CEO of Xiaomi, and Redmi CEO Lu Weibing have posted new teasers and details about the Redmi K60 lineup on their Weibo pages.

It is reported that Redmi K60 will receive the most advanced image processing system and a low-level optimization algorithm specially developed for this series. Photos will be taken almost instantly due to the highest speed of launching the application, focusing and obtaining the final image.

Called by Xiaomi as a “snapshot camera”, it received a Sony IMX800 main image sensor with optical image stabilization, as well as an Image Brain 2.0 system, which the manufacturer calls a demonstration of Xiaomi’s image processing capabilities. 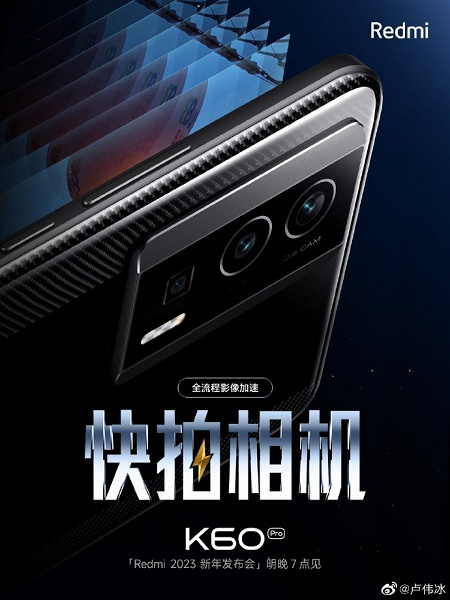 It is reported that the Redmi K60 series will include three models: Redmi K60E, Redmi K60 and Redmi K60 Pro, which will be equipped with Dimensity 8200, Snapdragon 8 Plus Gen 1 and Snapdragon 8 Gen 2 single-chip systems, respectively. The entire line of Redmi K60 smartphones will receive 16 GB of RAM and 512 GB of flash memory. Smartphones will receive screens with a resolution of up to 2K, support for wired 120-watt charging and a high-quality camera with optical image stabilization.

The announcement will take place on December 27th.