The second half of 2020 turned out to be rich in new items. Over the past few months, the flagship series Samsung Galaxy Note20 and iPhone 12, the foldable Samsung Galaxy Z Fold 2, the updated OnePlus 8T and the reference Google Pixel 5 have hit the market. And each release of the smartphone is accompanied by a new wave of controversy on the web. Amdroid! No, iOS! Samsung Galaxy Note20! No, iPhone 12 Pro Max! And these controversies do not subside, especially when iPhone fans are faced with fans of Android smartphones.

Which is better – iPhone or Android smartphone? This question has been plaguing users for years. And we at the editorial office of Gadgettendency.com decided to speculate on why the Android smartphone is better than the iPhone and counted seven reasons.

Gone are the days when Android was scolded for bugs, lags, insatiability in terms of RAM, and extreme slowness, especially on older devices. Android 11, the latest version of Google’s mobile operating system, has come a long way and can be considered perfect today. The customization options for Android are really impressive. Users can change almost everything to their liking by truly personalizing their new smartphone. Personality is what sets today’s Android apart.

The Google Assistant should be mentioned separately. This is perhaps one of the biggest advantages of Android. And in terms of features, it is vastly superior to Siri on the iPhone. The same can be said for the Google Play app store, which has a well-designed and beautiful user interface that’s pretty darn simple and user-friendly at the same time. And there you can find anything you want.

If you want to get the most out of every dollar you spend on a new smartphone, then you better take an Android device on board than an iPhone. Few people want to pay significantly more for a brand new iPhone if it has fewer features and is much less powerful than the flagship Android.

Android smartphones are cheaper than iPhones, but they are often more powerful and offer more features. In addition, new iPhones do not ship with headphones or a power adapter. And if you do not have these accessories left from the old iPhones, then you have to fork out to buy new ones and the original, of course, will cost a pretty penny.

You can argue all day about which operating system is better – iOS or Android. And each will be right in his own way. But when it comes to the fact that Android smartphones are better and faster and offer more features than iPhones, but at the same time cost less, it is obvious who will win this debate. Take the iPhone 12 Pro Max and the Samsung Galaxy S20 Ultra 5G as examples. Samsung’s flagship has double the RAM, more cameras, higher resolution and refresh rate, an ultrasonic fingerprint scanner built into the display, and, of course, a noticeably larger battery. And this despite the fact that the Samsung Galaxy S20 Ultra 5G was presented 8 months earlier, and is now cheaper than the latest Apple flagship.

Where Android smartphones are second to none, it’s personalization and customization options. If you like customizing your smartphone and want complete freedom of action, then Android is what you need. Don’t like the default Android keyboard? Easily! Just download a third-party keyboard that will replace the original one. It cannot be denied that Apple loves to keep its products as simple and convenient as possible, but why is there more and more features borrowed from Android in iOS with each update? Home screen widgets, fitness apps, third-party keyboards, cloud storage for photos – this and much more appeared in Android much earlier than in iOS. Well, don’t forget about real multitasking.

Apple is very cautious about introducing new technologies, and many would agree that after Tim Cook took over as CEO instead of Steve Jobs, iPhones literally stay out of innovation. The same cannot be said for Android smartphone makers who love to experiment

IPhones have never had memory card support. And if the user needs additional storage, then they will have to fork out and buy a version with more internal memory. So, the difference in price between the 64-gigabyte iPhone 12 mini and the 128-gigabyte one is 5 thousand rubles, and between the 128-gigabyte and 256-gigabyte one – already 10 thousand rubles. At the same time, most flagships on Android support microSD memory cards, and here an increase in the amount of memory will cost a maximum of a couple of thousand rubles.

Almost all Android smartphones are equipped with microUSB or USB-C ports, while the iPhone has its own proprietary Lightning connector. And if the cord from one Android smartphone is easily suitable for another, then it is not suitable for charging an iPhone. And buying a new certified Lightning cable will cost you a pretty penny, unless, of course, you are ready to risk your iPhone by charging it with cheap cords for 100 rubles.

Here are just seven advantages of Android smartphones over the iPhone. But we agree that there are about the same reasons for choosing the iPhone. This is what we will do next time. 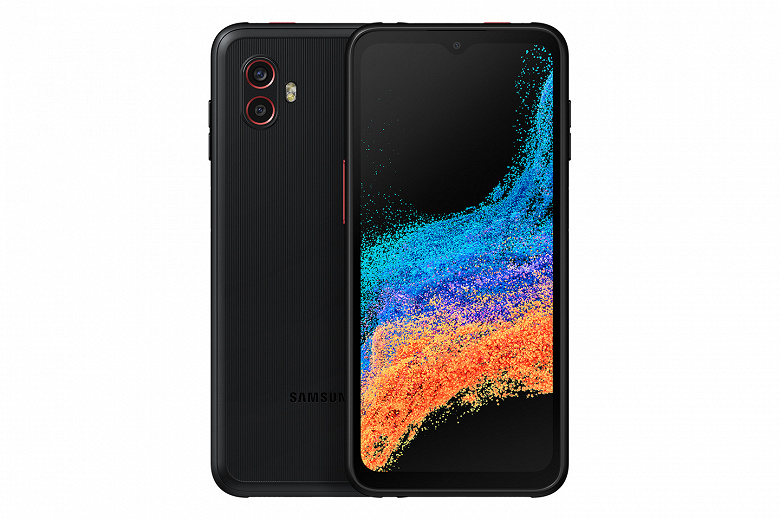 Samsung has revealed the official price of the Galaxy XCover6 Pro rugged smartphone that was unveiled yesterday.

As the rumors claimed, they are asking for a considerable 600 euros for the novelty. For 610 euros, a certain version of the Enterprise Edition will be available.

The price is high, but to be expected. Firstly, protected Samsung models have always been very expensive, and secondly, the Galaxy XCover6 Pro in particular stands out for its good performance. Recall that it is based on the SoC Snapdragon 778G, and this makes the smartphone more powerful than most models of the Galaxy A line.

In addition, there is a new 50-megapixel camera for the line, USB-C 3.2, Wi-Fi 6E and a removable battery. There are practically no similar devices from famous brands on the market.

To repair a Google Pixel smartphone, it is not at all necessary to contact the workshop. Google started selling spare parts for self-repair of its phones 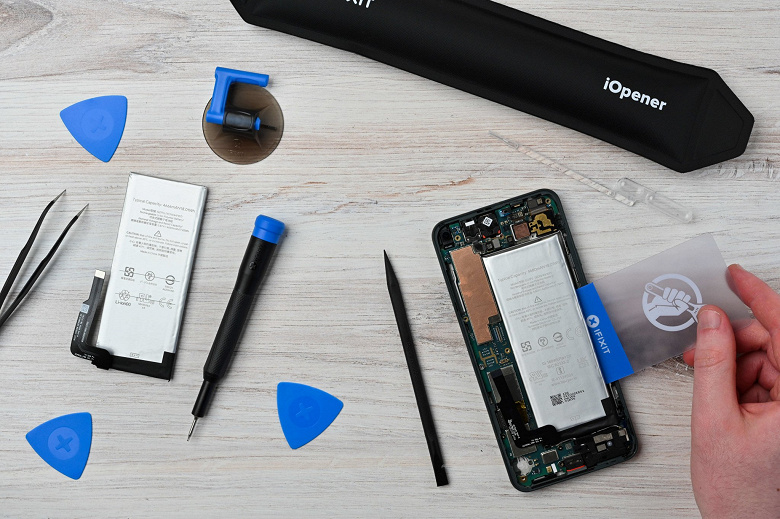 In April of this year, Google and iFixit entered into a partnership in which users were promised access to spare parts for smartphones from the American company. And now the Pixel phone self-repair program has started working – iFixit has begun selling original spare parts.

The range includes screens, rechargeable batteries, cameras and charging connectors. They can be purchased separately or as part of the Fix Kit, which includes everything you need for a specific procedure. For example, in the case of screen repair, the kit will include a tool, a suction cup, and glue. Kits are available for a wide range of Pixel models, from Pixel 2 to Pixel 6 Pro. iFixit promises to expand the range of spare parts and not delay the sale of components for fresh models. So, spare parts for Pixel 6a will be on sale in the fall.

It is important to note that all components, except for batteries, are provided with a lifetime warranty. Batteries have a one year warranty. In terms of pricing, the Pixel 6 Pro screen is priced at $193, while the Fix Kit version costs $200. The cost of the original battery for Google Pixel 4 XL is $43.