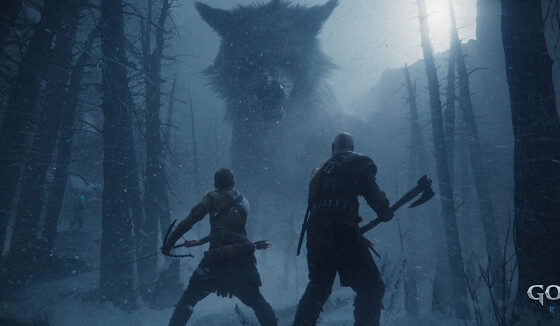 Sequel to “the best video game of all time”. Sony finally revealed the release date for God of War Ragnarok

Sony has finally announced the release date for God of War Ragnarök.

The sequel to “the best video game of all time” will be released on November 9 on PlayStation 4 and PlayStation 5. In honor of the announcement, Sony also released a new video, but without gameplay.

In the video, you can see how Kratos and Atreus fight hordes of monsters, and at the end a giant wolf comes out to meet them. Given the plot of the game, this is clearly Fenrir – the son of Loki and Angborda, who, according to Scandinavian mythology, on the day of Ragnarok will break the chains that bind him and kill Odin. Recall that according to the first part of God of War, Atreus is Loki.

Sony also talked about the God of War Ragnarök Collector’s Edition. And not just told, but showed unpacking. The set will be very rich. It will include Dwarf dice, a printed game download code, a Steelbook Display Case with bear and wolf art, Vanir figures, a 16-inch replica of Mjolnir, and more. Moreover, there will also be a Jötnar Edition with additional gifts.