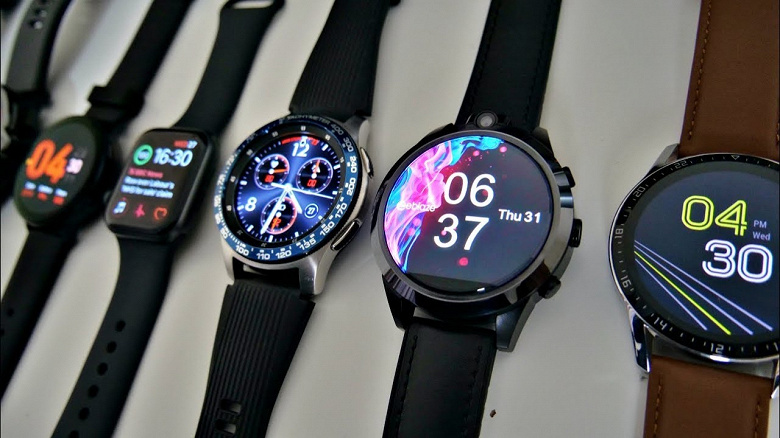 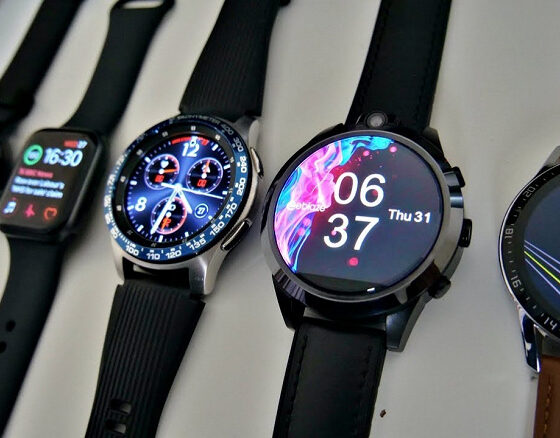 Samsung and Xiaomi have greatly increased sales of smartwatches, but they are still far from Apple. Fresh market statistics have appeared

The smartwatch market grew 13% last quarter, according to analysts at Counterpiont.

There were no major changes to it. For example, Apple remains the undisputed leader, increasing its share from 35.9% to 36.1%. The company’s sales grew by 14%.

At the same time, Samsung can be singled out separately. The company climbed from third to second place, increasing its share from 7.8% to 10.1% and increasing sales by an incredible 46%! Apparently, users liked the new WearOS models. 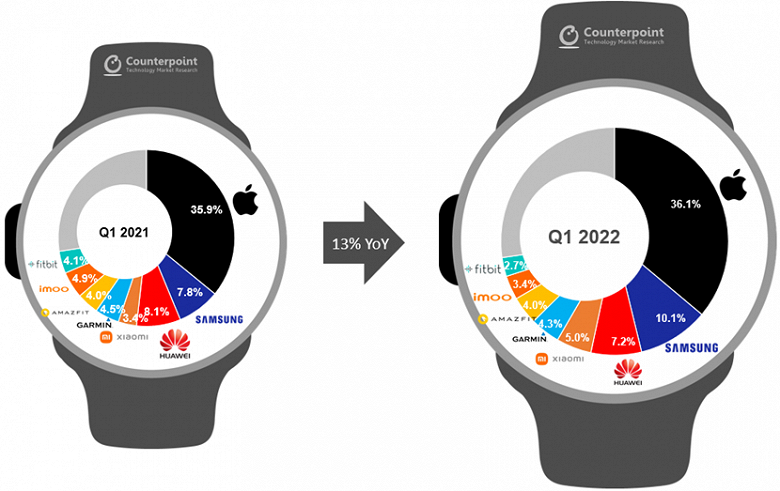 Closes the top three Huawei, whose share decreased from 8.1% to 7.2%. At the same time, the company’s sales did not fall, but they did not grow either.

Xiaomi also increased its share: from 3.4% to 5%, increasing sales by 69%. Most of the manufacturer’s supply falls on cheap models costing less than $100. 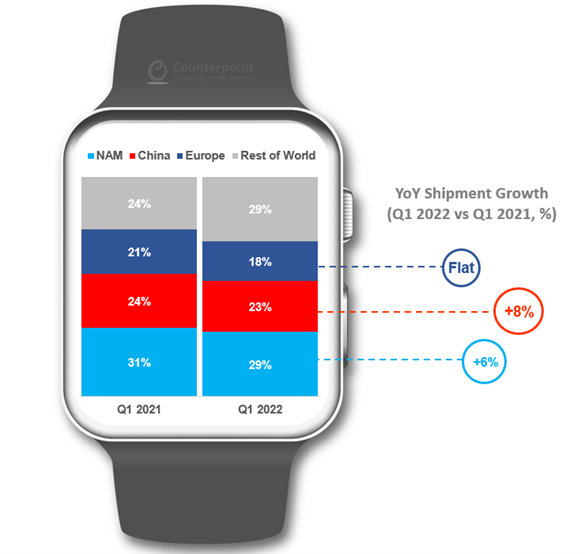 Garmin, Amazfit, Imoo and Fitbit also made the list.