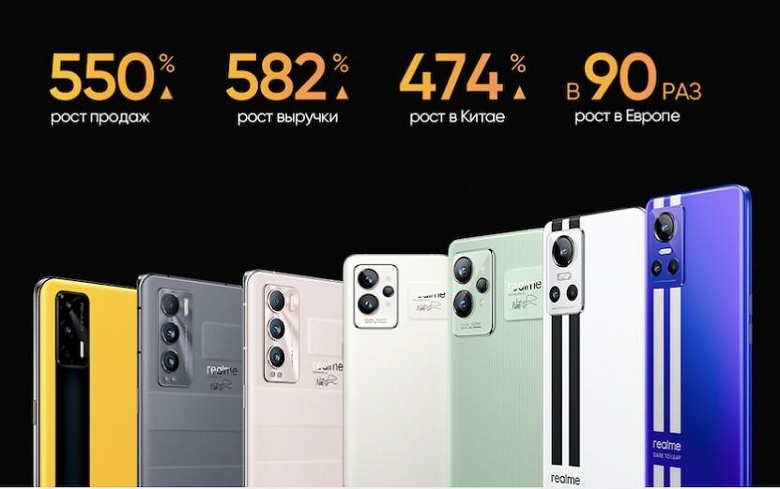 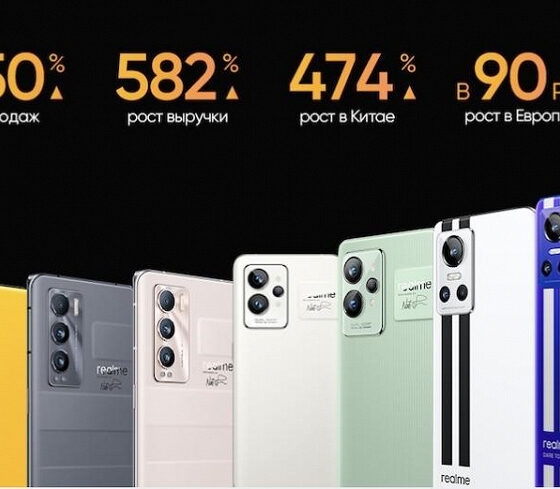 Realme has announced a sharp increase in sales of GT series smartphones. In the first quarter of 2022, sales soared 550% from the same period a year earlier. In total, more than 5 million smartphones of the GT series have already been sold in the world.

Sales of the GT series have grown more than 90 times in Europe in the same price segment, and sales in China have increased by 474% over the past year. In the Czech Republic, Poland and Greece, Realme entered the top 3 in terms of sales. In Italy, the Netherlands, Spain and Germany, the company was in the top five.

In April, the company launched pop-up stores in 13 cities in six European countries, where the company’s most modern equipment is presented. These stores were visited by more than 16,000 people in a short time.

Separately, the success of the Realme GT Neo 3 model is mentioned: in the first 10 hours after the release, more than 100,000 devices were sold in China. Total sales of the GT Neo range over the past year amounted to more than 2 million units.