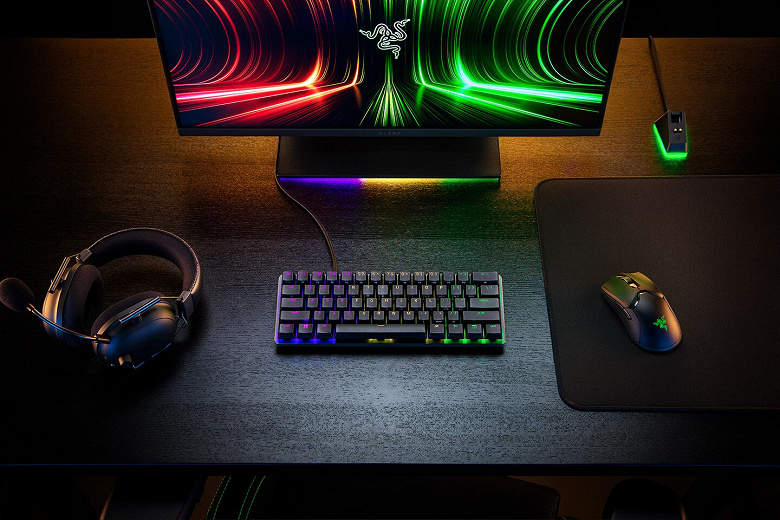 Razer has unveiled a new keyboard that uses the signature analog optical switches that debuted last year with the Razer Huntsman V2 Analog.

Recall that the amount of light passing through such a switch depends on the degree of depression, which allows for three new features: analog input, trigger adjustment, and two-stage triggering.

Analog input simulates the operation of a joystick for smooth control in games. Unlike the usual discrete switching when using the WASD buttons, the player becomes available to the impact proportional to pressing.

Actuation Adjustment allows you to fine-tune the travel of each key, adapting the keyboard to your preferred playing style, from fast 1.5mm actuation for fast-paced games to 3.6mm actuation requiring “deep and deliberate actuation.”

With two-stage actuation, one keystroke can activate two functions programmed for different actuation points. For example, in the game, by pressing halfway, you can take a grenade, and by fully pressing it, you can throw it at the enemy.

In addition, the absence of mechanical interaction between the contacts made it possible to obtain a resource of 100 million clicks.

Keyboard Razer Huntsman Mini Analog, as the name suggests, is smaller than usual. The rejection of blocks of numeric and navigation keys allowed us to get a size of 60% relative to keyboards with a full standard layout. The keyboard recognizes any number of simultaneously pressed keys. It connects to your computer with a detachable braided USB cable. The polling rate is 1000 Hz.